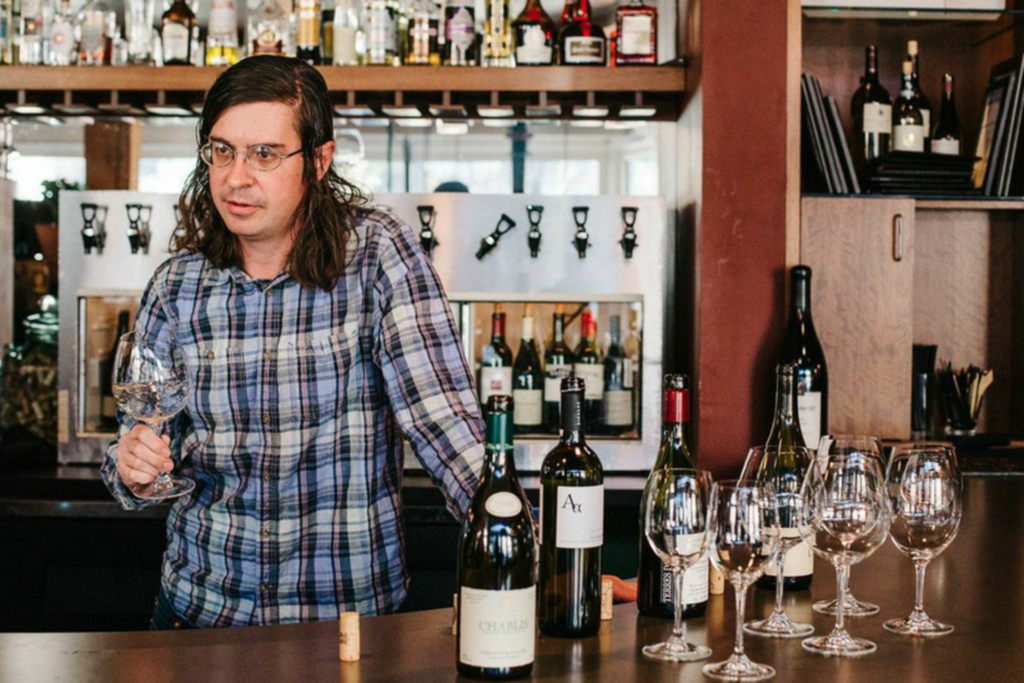 “I personally consider myself a very seasonal drinker,” says Barry Tunnell, the bookish manager and wine buyer at the downtown restaurant Tannin Wine Bar & Kitchen. With his wire-rimmed glasses, shoulder-length hair, lean face and quiet voice, he could be mistaken for an especially approachable librarian. And Tannin, which he has run since its 2011 opening, could be mistaken for a library of wines. The list’s intimidation factor, in fact, is why I’m here.

I’ve asked Tunnell to pick two whites and two reds from Tannin’s extensive selection, wines that go with winter and its foods. This way, I get to avoid the glassy-eyed grief that wine lists such as Tannin’s usually cause me.

Tunnell is well-prepared when I arrive one weekday afternoon to discuss his choices. He assembles the four wines (with corresponding stemware) on the sleek bar and removes the foil from the bottles with graceful ease, the wine key an extension of his hand. Once he has set his presentation — a good chunk of the drinking experience, he reminds me — he pushes his long hands against the bar and begins to talk about the bottles between us.

“It’s easy, when the weather gets cooler, to start craving wines that have a bit more body to them, that are satisfying and warming. Usually, people think of reds for that purpose, but I think we’ve got some surprising options here.” 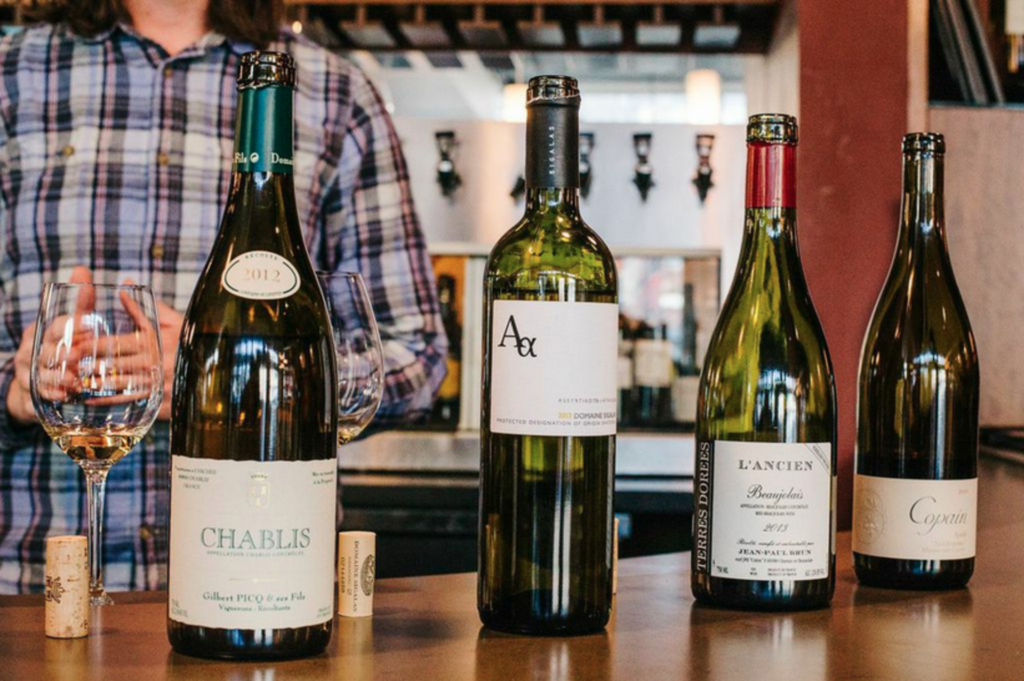 The first such surprise: a pale white from Domaine Gilbert Picq et ses Fils, a small winery in Chablis, in the northern part of Burgundy, in France. “The soils are very unique there, composed of a heavy clay with limestone that has a lot of oyster shells and sea urchin,” Tunnell tells me as he pours me a taste. “It gives the wine a great minerality. I certainly enjoy Chablis year-round, but I tend to gravitate toward it in the cooler months because of the way it complements oysters and mussels. This is the time of year when shellfish are at their peak, and Chablis is a natural pairing for that.”

In the glass, this Chablis looks ghostlike, a pearly liquid that doesn’t promise much flavor. But it’s spritely on the tongue, with a briny quality, and when Tunnell talks about terroir — wines being affected by the soils in which they are grown — this is what he means. The Picq Chablis suggests the Atlantic, and I want someone to conjure up some steamed mussels immediately.

But there’s no seafood in my future, only wine, and Tunnell doesn’t wait for me to set aside my seafood fantasy. He has already moved on to a Grecian white, an Assyrtiko and Athiri blend.

“This one, Domaine Sigalas, is from Santorini, where the soils are very volcanic,” Tunnell says. “This wine is mostly Assyrtiko, which is sometimes described as red wine in white wine’s clothing because it’s super-textural, with a big body and a kind of grip.”

I’m not disappointed. The Domaine Sigalas is rich and heavy, mingling citrus and butter notes seamlessly. This is a stage-ready white that wants to be the star of the holiday pageant, and Tunnell and I linger over it before he introduces the next wine, a Beaujolais.

“The winemaker, Domaine Dupeuble, has very different soils with some very old vines — 80- to 100-year-old-vines — in the south of France,” he says as he swirls the wine. “It’s very different from what most people expect for Beaujolais. It’s not silky. It’s more tannic, but it still has the classic Beaujolais elements that people crave in the fall with spiciness and bright-red fruits.”

It glints in the glass like liquefied rubies, and its nose is enticing, with bright cranberry and floral notes. Those elements are present in the palate, too, over some sweetness and a hint of baking spices. I would want this with, say, a Christmas ham and some plum sauce.

Tunnell’s education has succeeded in making me hungry, and I’m beginning to hope that his final choice — a Syrah from California’s Mendocino County — will calm my appetite.

“Mendocino is north of Napa and Sonoma, and the cooler climate means that its wines tend to have a little more elegance and freshness,” Tunnell says. “And they really complement food. There’s a savory quality that I really crave in the cool months.”

This Syrah has an aroma not unlike that of a bustling kitchen, and there’s a spicy, meaty immediacy to it. Tunnell says bacon. I say brisket. I’m almost mad at him for how hungry I feel, but I take a few more sips anyway. And I look at the menu.