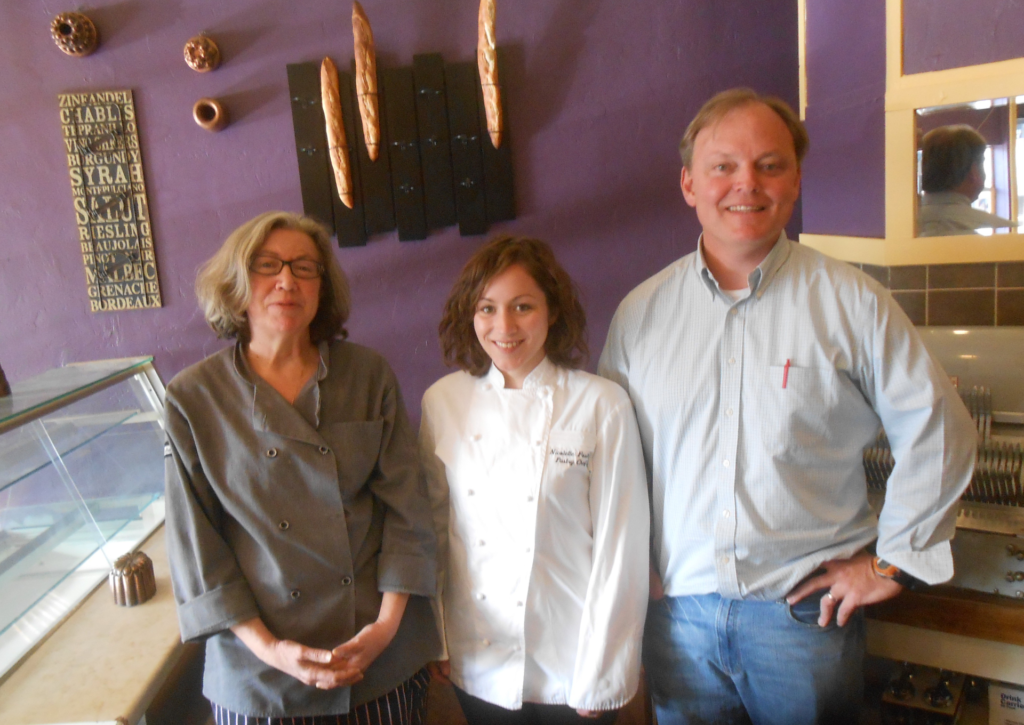 The upbeat colors for the bakery and restaurant, which opens to the public at 7 a.m. next Tuesday, were chosen by interior designer Joe Haas of Webster House. Many years ago, Haas was the staff designer for the former Sebree Gallery in Crestwood, owned by the parents of current Majestic Restaurant owner Frank Sebree. Frank Sebree is also the owner of Baked in Kansas City, a name inspired by a Colorado bistro, Baked in Telluride, that his family likes to visit on vacations.

Sebree has spent some dough refurbishing the brick building on Westport Road, which was called the Napoleon Bakery (in at least two incarnations) for over two decades. A former kitchen area has been opened up to create additional seating for the restaurant, which will offer breakfast, lunch and dinner and a weekend brunch menu.

Executive chef Liz Huffman is juggling duties between the Majestic Restaurant and the new restaurant (general manager Jordan Carver will be doing the same); former Michael Smith and Extra Virgin pastry chef Nikki Foster will oversee the pastries and desserts for both restaurants, and noted bread baker Jason Provo (formerly with Dean & DeLuca) will make the baguettes and sandwich breads for both venues.

Sebree had hoped that his new venture would open last August, but the renovations of the space took longer than expected. Sebree has installed ceramic tile floors that look like walnut planking and obtained a liquor license so he can sell wine, brunch cocktails (including mimosas and bloody marys) and a limited cocktail list during the dinner hours. “We’ll have margaritas, mojitos and a barrel-aged Majestic Manhattan,” Sebree says.

Baked in Kansas City will open each day (except Monday) at 7 a.m., offering pastries – both sweet and savory – and Roasterie coffee during the week; brunch on Saturdays and Sundays also will begin at 7 a.m. but feature a more substantial menu, including baked French toast, a variation on eggs Benedict with shaved roast beef as well as a vegetarian version with seared butternut squash.

Dinner entrees will include salmon baked in parchment paper and beer-braised bison short ribs. Dinner entrees, Huffman says, will be less than $30.