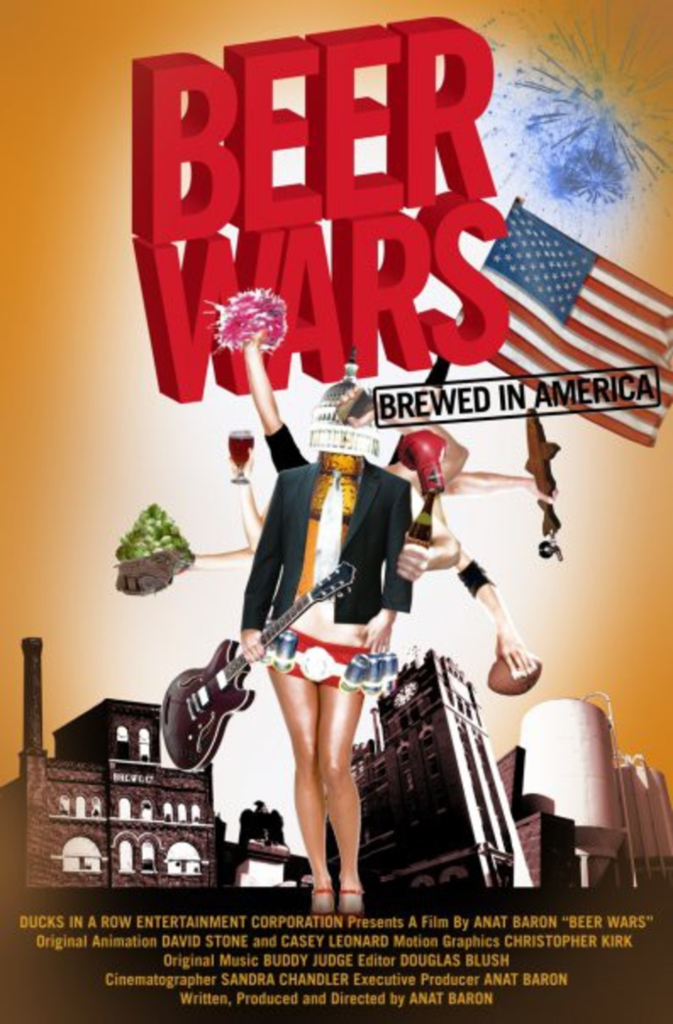 Along with about 25 other people, I shuffled into an AMC theater last night to watch the wanna-be cause-celebre movie Beer Wars. People hoping for a first-rate bashing of big business and big beer were not disappointed. From the opening moment, director Anat Baron had Miller, Coors and especially Anheuser-Busch in her bullseye.

In an effort to save memory space, I stopped keeping track of the film’s reasons Anheuser-Busch is evil but here’s a partial list: It makes an inferior product; it’s really big; it shot some cheesy promo videos in the ’50s; it comes up with useless products to gain more grocery store shelf space; it buys a lot of other breweries; it pays lobbyists; it cares more about marketing than beer; it pushes competitors out; it supports wholesale distributors; the company’s CEO August Busch IV won’t give Anat Baron an interview.

The good guys are small. At least relatively. Craft brewers like Dogfish Head founder Sam Calagione and Boston Beer Company founder Jim Koch may be in the top 50 breweries nation-wide but they’re no match for evil Anheuser. The other protagonist is Rhonda Kallman, who is trying to get her New Century Brewery off the ground. She’s hampered not so much by the big three but by the fact she can’t find an investor for her caffeinated beer.

Assuming the Michael Moore gadfly role, Baron is in most shots, giving random people taste tests at bars, asking people on the street why beer companies need lobbyists, nodding sympathetically as Kallman attempts to get her caffeinated beer Moonshot into stores.