At the Arts Asylum’s Jesus Christ Superstar, a rock star cast in need of a better soundboard 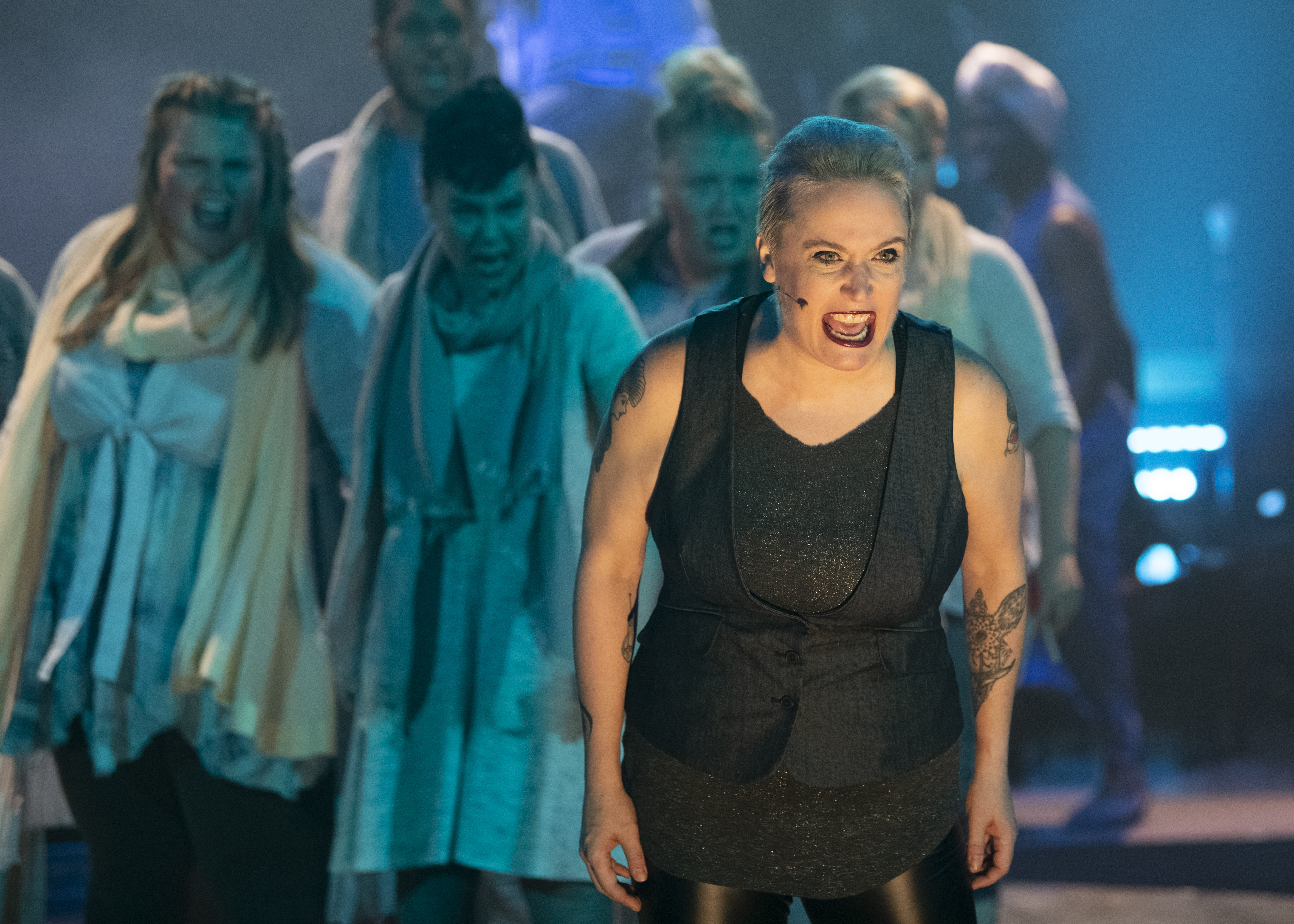 Gilchrist in an unnamed role. // Photo by Nicole Bissey Photography.

Contra some early buzz, The Arts Asylum’s new staging of Jesus Christ Superstar—a co-production with freshman company This Happy Breed—isn’t revolutionary. It’s also not, as the promotional materials blared, “the first performance of Superstar to hit Kansas City in a generation” (Musical Theater Heritage produced the show in 2015).

What it is is diverting theater full of surprising stage pictures, energetic design, and a rock star cast—when you can hear them.

Thursday night’s performance was entertaining and frustrating in almost equal measure. Director Kyle Hatley has made some smart, imaginative choices—say, casting Katie Gilchrist as a Luciferous puppetmaster who hands characters costume pieces as if assigning them roles. (If this sounds like a meager use of Gilchrist’s talents, don’t worry—she also sings “King Herod’s Song,” which she camps up deliciously in a glittery, Liza Minnelli-issue blazer.) 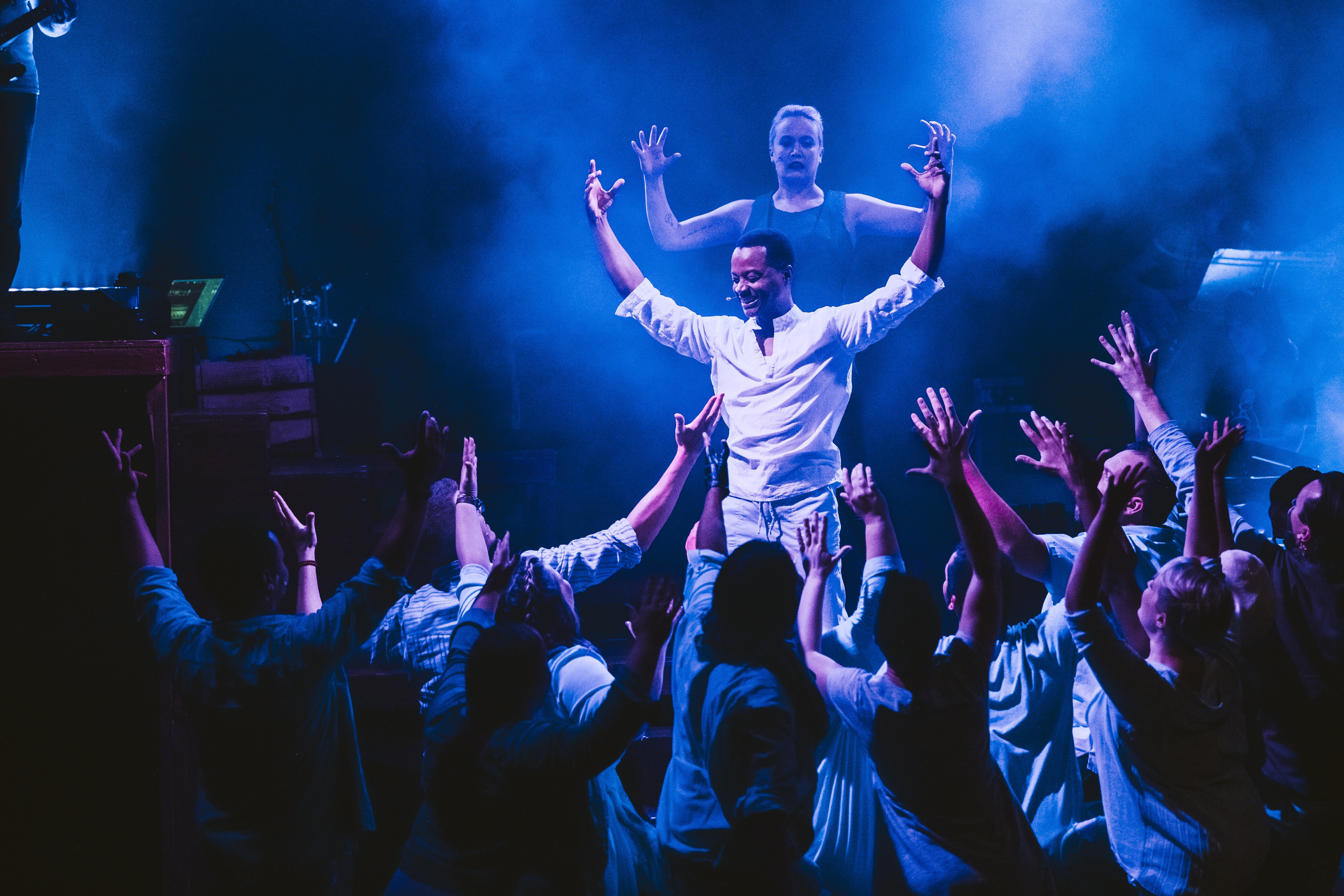 Chris Barksdale plays Jesus as an irritable firebrand with a semi-permanent scowl, a far cry from the boring, dreamy Jesuses (Jesi?) I’ve seen in productions past. Too many actors struggle to find the man in the God; Barksdale’s performance feels honest and fresh.

The enduring irony of Jesus Christ Superstar is that Judas almost always steals the show. Actor Justin Van Pelt is no exception: his boisterous rock tenor never wavers as he bounds around the stage athletically as if trying to outrun his own doomed ambitions.

But the strength of the show’s performers makes the murky sound mixing all the more frustrating. The drums and electronic piano were notably out of balance at a Thursday evening performance, swallowing up syllables in a tidal wave of acoustic boom. Even Van Pelt’s formidable belt couldn’t break through crisply during “Damned for All Time.” (This is a capital crime: no one ought to dampen Van Pelt’s shine.)

Audiences who know the show and score will have little trouble following along. But I couldn’t help but wonder whether an initiate would have any idea what was being communicated. 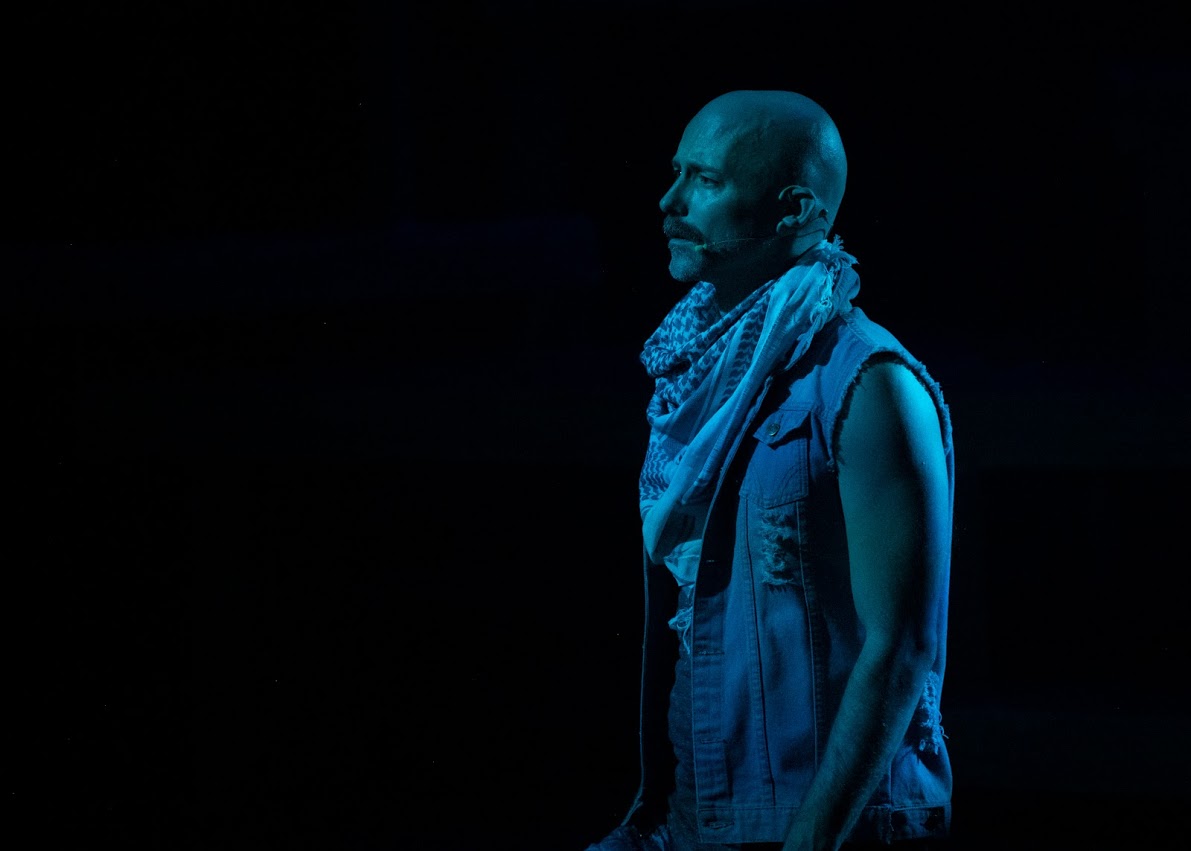 It helps that the show looks great. Hatley has devised affecting, visually striking solutions for two of the most gruesome scenes: Judas’s hanging and Jesus’s whipping (that said, clump-y blocking for “The Temple” could use a little more polish—“ghillie suit Borg,” I scribbled in my program). Alex Perry, credited as both lighting and scenic designer, has magicked The Arts Asylum stage into a thrust configuration: an enormous circular platform looms in front of the old stage, with floor seating on either side. Tiered platforms yawn out from the apron, allowing Hatley to block dynamic, multi-level scenes. And brooding shadows, acid color washes, and gratuitous haze help transform Andrew Lloyd Webber’s familiar hits into believable rock anthems.

So consuming was the rock concert vibe, two front-row audience members at Thursday’s performance lip synced—conspicuously! obnoxiously! don’t do this, people!—to every song.

Proof, I suppose, that this Jesus Christ Superstar will appeal to fans. Everyone’s having fun and doing good work here. I wish sloggy acoustics didn’t detract from it.

Through October 12 at The Arts Asylum.