At KCAT, A Doll’s House bursts with feminist energy rare for a 140-year-old play 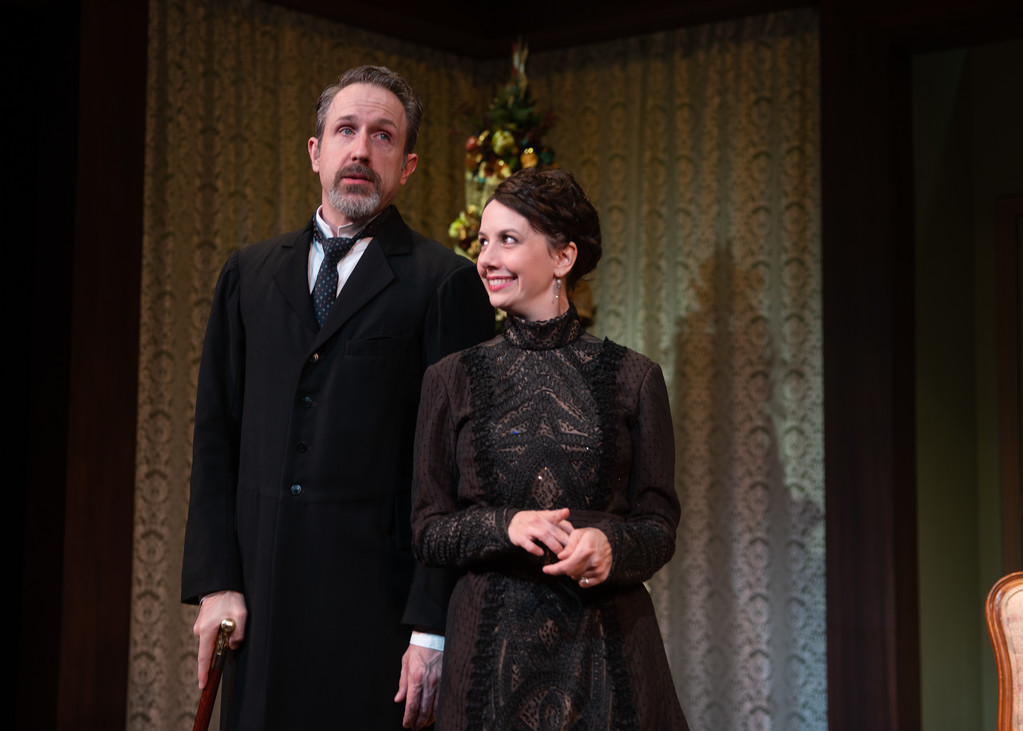 Paulette (as Dr. Rank) and Clemens (as Nora) // Photo by Mike Tsai

Every now and then, the endless barrage of ghoulish gender commentary wears me down and a self-conscious thought invades like a virus: Could the trolls be right? Have The Feminists gone too far?

I was struck by a different thought as I sat in a dark theater at Union Station, feeling both moved and challenged by words a crusty Norwegian man had written in 1879: We haven’t gone very far at all.

A Doll’s House, playing at Kansas City Actors Theatre through August 25, is one of playwright Henrik Ibsen’s most-produced scripts, in part because its critique of stifling marriages and lopsided gender roles still feels necessary. The entire play unfolds in the parlor of the Helmer family, where husband Torvald dotes on his “true little lark” of a wife, Nora. Crucially, Torvald isn’t violent or cruel—actor Todd Lanker plays him as lovestruck, if a bit dull. It’s the text that makes us uneasy. “You’re a mere baby,” he coos at Nora repeatedly, as if this were a virtue.

Nora is (and please affect a lofty accent here) one of the Great Roles of the Theater, but actor Hillary Clemens doesn’t let herself get seduced by tradition or reverence. Her Nora feels silly, sarcastic, fresh, human. Her performance made lines I’ve read a dozen times feel surprising and strange. Brian Paulette (as family friend Dr. Rank) and Tyler Alan Rowe (as the bitter Nils Krogstad) achieve similar specificity in smaller roles. 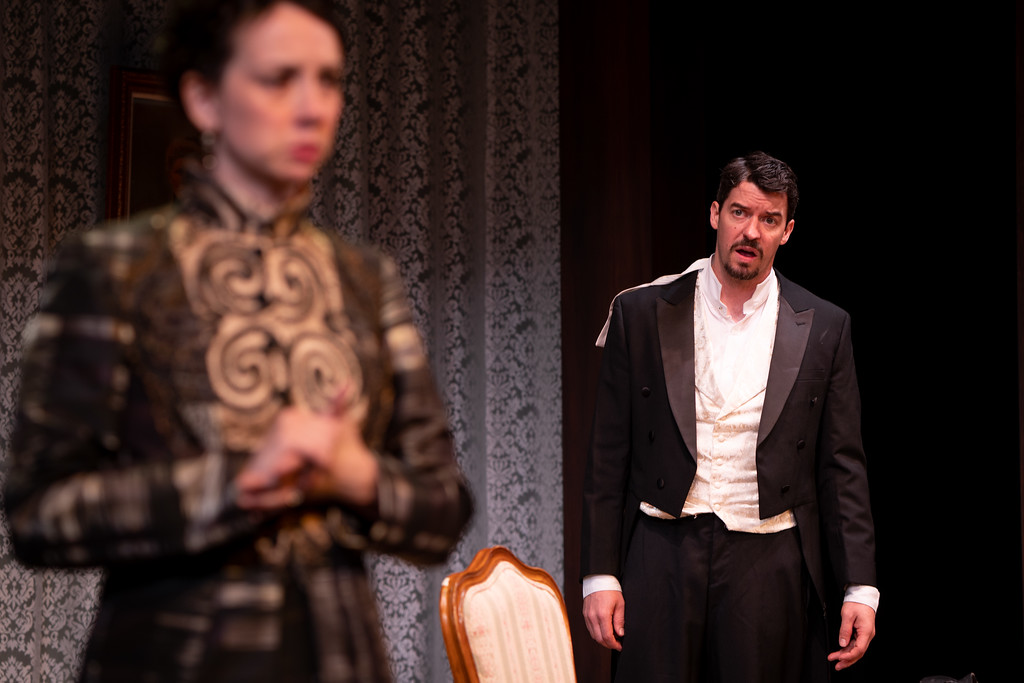 Clemens and Lanker as Nora and Torvald // Photo by Mike Tsai

The three-act play moves briskly in director Darren Sextro’s care, with two 10-minute intermissions to keep the audience from growing restless. But Sextro’s most impressive feat is uniting KCAT’s impressive cast and design team under a precise, disciplined vision—each design element seems to build on the next like notes in a chord.

Scenic designer Kelli Harrod mirrors Clemens’ performance with a deceptively simple, clever set. Instead of walls, she frames the parlor in tall lace curtains, which soak up colors from Shane Rowse’s lights and highlight the gauzy superficiality of the Helmers’ relationship. Subtle decorations—a painting, a cuckoo clock—float as if by magic in front of the curtains, anchored to nothing.

The restrained design allows Sarah M. Oliver’s intricate costumes to fill the space like exquisite pieces of furniture. Oliver smartly telegraphs Nora’s transformation, mixing silhouettes that wouldn’t seem out of place on a porcelain doll with bold patterns and styling that suggest a woman with other ambitions. Class differences emerge subtly through faded colors and hardier fabrics.

This A Doll’s House isn’t a museum piece. KCAT’s production is a revival in the purest sense, with performances and design elements that stay true to Ibsen’s script while tuning it to a modern key. Perhaps as a result, the opening night audience responded to the show with an immediacy I’ve rarely seen at the theater (let alone at a 140-year-old play). People gasped, groaned, tutted, sobbed. One late-play exchange earned spontaneous applause:

“No man would sacrifice his honor for the one he loves,” Torvald scoffs.

“It is a thing hundreds of thousands of women have done,” Nora replies.

It was a great moment, but it sounded a little too anachronistically You tell him, girl to me. I couldn’t imagine Ibsen being so blunt. When I got home that night, I tugged out my copy of the script, certain the line had been added or changed.