At City Hall, a marijuana ordinance leads to high drama in the hallways 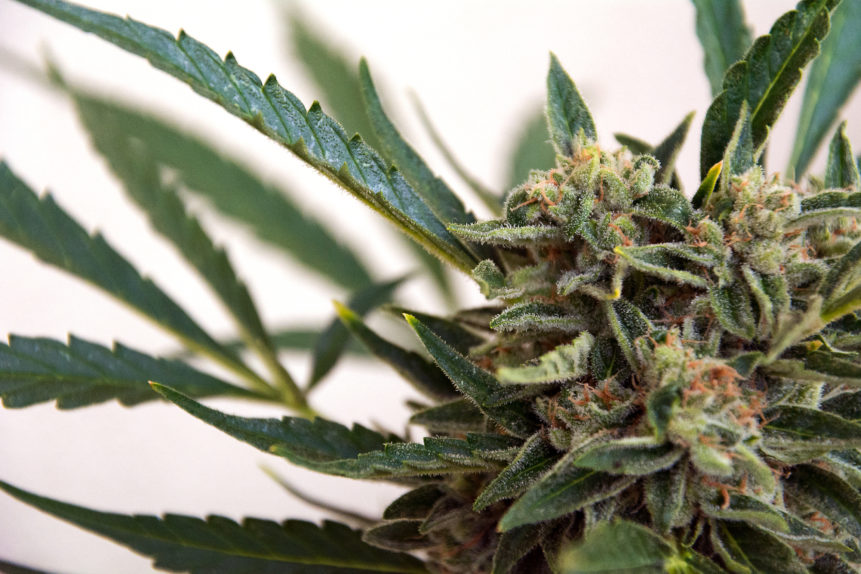 Freshly elected Councilman Brandon Ellington, who represents KCMO’s 3rd District At-Large seat, put on a bit of a show at City Hall yesterday, leading a group of his constituents from a committee meeting to the mayor’s office to protest the fact that the public hadn’t been given the opportunity to comment on an ordinance Ellington had put forward. After the doors to the mayor’s office remained closed, Ellington then led the citizens to a different office to file ethics complaints against members of the Finance, Governance, and Public Safety Committee.

The chair of the committee, 4th District At-Large Councilwoman Kathryn Shields, said the idea behind the committee substitute was to eliminate the permanent criminal record that goes along with the current maximum $25 fine for possession of 35 grams of marijuana or less. Ellington’s proposal relates to the recent decision by the Jackson County prosecutor not to pursue possession cases involving 100 grams or less of marijuana. But Jackson County is only one of four counties that falls within Kansas City limits. Ellington’s proposal would create a confusing patchwork, the committee feared. (Ellington is not a member of the Finance, Governance, and Public Safety Committee.)

“I have received, and I think everybody has received, letters from both our Clay County prosecutor and our Platte County prosecutor that says they will still—no matter what we do in this committee—still prosecute those crimes as they exist under state law,” said Mayor Pro Tem Kevin McManus.

Under the committee substitute, anyone caught in possession of 35 grams or less of marijuana will still be subject to a $25 fine, which still equates to pleading guilty. However, 180 days after someone is found guilty for possession, the municipal charges will be dismissed, and the record of it will be erased from city record.

Ellington’s primary concern about the committee substitute is that while the ordinance deletes city records of the possession charges after 180 days, the arrest record will still be on file with the state, because possession of marijuana is a state and federal offense. Ellington’s original ordinance would have decriminalized—and therefore stopped the arrests of—possession of 100 grams of marijuana or less.

But the committee then ruled that once a proposed city ordinance is in the hands of a committee, the committee can decide to alter it without the approval of the sponsor, and the sponsor does not have the power to pull the ordinance.

The committee decided that because citizens had the opportunity to voice their opinions at a September 25 committee meeting where the ordinance was first introduced, there was no need for further public comments. The committee then voted unanimously to pass the substitute, which the full council is expected to take up next week.

At that point, Ellington took his supporters on the tour of City Hall.

“They took it upon themselves to make their own ordinance, something that wasn’t even asked of them, and then they decide to change it,” said Timothy Gilio, Kansas City resident and founder of the Missouri Marijuana Legalization Movement. “If we had gone with Brandon’s proposal—sure, yes, people are still going to go to jail in different counties—but at least people wouldn’t have been wound up with criminal records [for 100 grams or less] in Kansas City. And if we can keep any one person from going to jail or having a record over a plant, we should.”

Gilio was among those who eventually filed an ethics complaint against the committee for denying him a chance to voice his opinion of the committee substitute.

At the time of this writing, none of the committee members have returned The Pitch’s request for comment.

After the committee meeting, Ellington questioning Shields’ fitness for office after denying constituents a chance to be heard.

“The committee chair has proven to be unfit by her actions toward the public whom we are elected to listen too,” Ellington wrote on his Facebook page Wednesday night. “There are some who would like to see this as a lost but in reality… I see it as a huge step forward. Whenever you get people engaged and mobilized change will happen.”