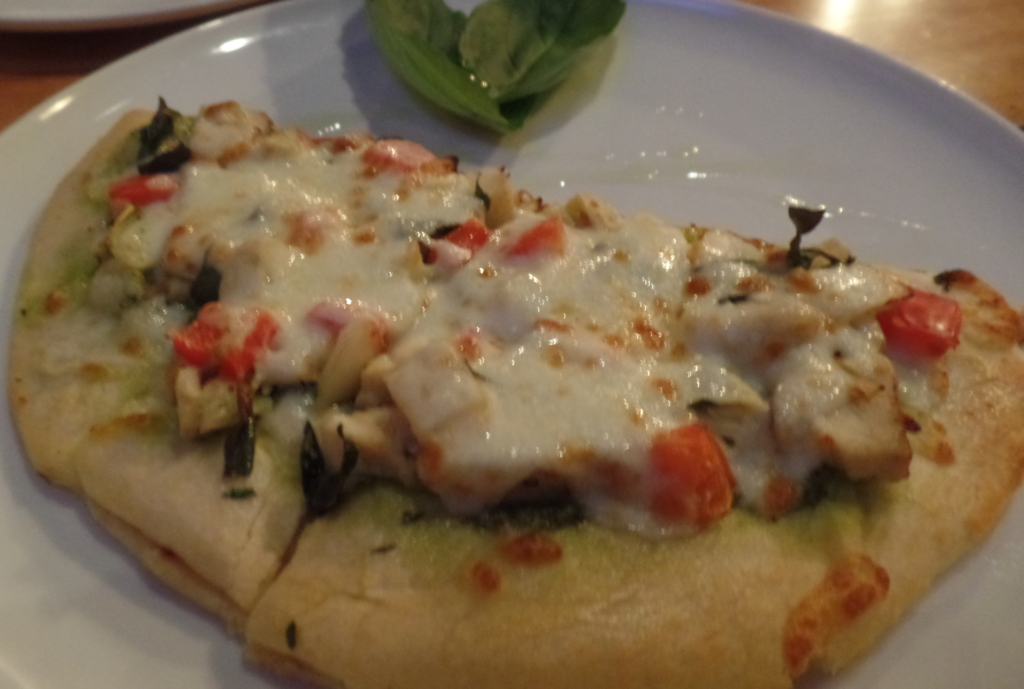 Many — too many — restaurants have opened and closed at 900 West 39th Street since the original tenant, Pangea, closed in 2008. That bistro was followed by a Mexican concept, then a Peruvian one and then, of course, the high-profile but short-lived Peanches. The newest restaurant in the space, a cheery pizzeria called Artego Pizza, may be the place that finally succeeds here.

Owner Joe Perez — former Kansas City Chiefs player and one of the original founders of the Jacobson restaurant — officially opened the 65-seat pizza restaurant on Saturday. Perez gutted the former Peanches interior, installed his own galvanized steel bar, and did almost all of the physical labor by himself, he says. “I spent 16 hours just refinishing and polishing the concrete floors,” Perez says.

The work also included screwing dozens of planks of wood — from old pallets — to the interior walls as a backdrop for giant paintings by local artist Alexander Austin, who was commissioned by Perez to create the likenesses of Madonna, Kurt Cobain, Bob Marley, Jimi Hendrix, Jim Morrison and the Beatles (in their 1967 Sergeant Pepper costumes). Perez says he made up the name of the restaurant to highlight both the art on the walls (which is for sale) and the colorful food on the white china plates of his restaurant where Paul Doring and Ryan Hall oversee the kitchen.

Artego isn’t a fancy place: paper napkins, uncloaked tables, lots of TV monitors mounted on the walls. There are 11 signature pizza pies available in four sizes (including the two-slice mezzaluna, which is half of a 10-inch pizza), ranging in price from $6.99 to $18.99. The menu also includes a burger, a meatball sandwich, chicken  wings, a comforting hot soup — pizza soup made with Scimeca’s sausage, cheese tortellini, and melted mozzarella that’s really pretty damn good — and three pasta dishes.

Artego’s pasta Angelina is covered with one of the thickest and most robust Bolognese sauces you’ll find in midtown (and not too far afield from Pellegrino Artusi’s 1891 recipe). The pie crust is slightly chewy and light; Perez uses the same crust for the savory pies for his signature dessert pizza, inspired by the sweet sopapilla pastries of his youth. The sopapia pizza sounds sort of sticky and icky: It’s topped with vanilla cream cheese, locally sourced honey, and cinnamon and sugar before baking. But the bubbling dolce really does taste like an old-fashioned, custardlike sugar-cream pie. It may need some ice cream.