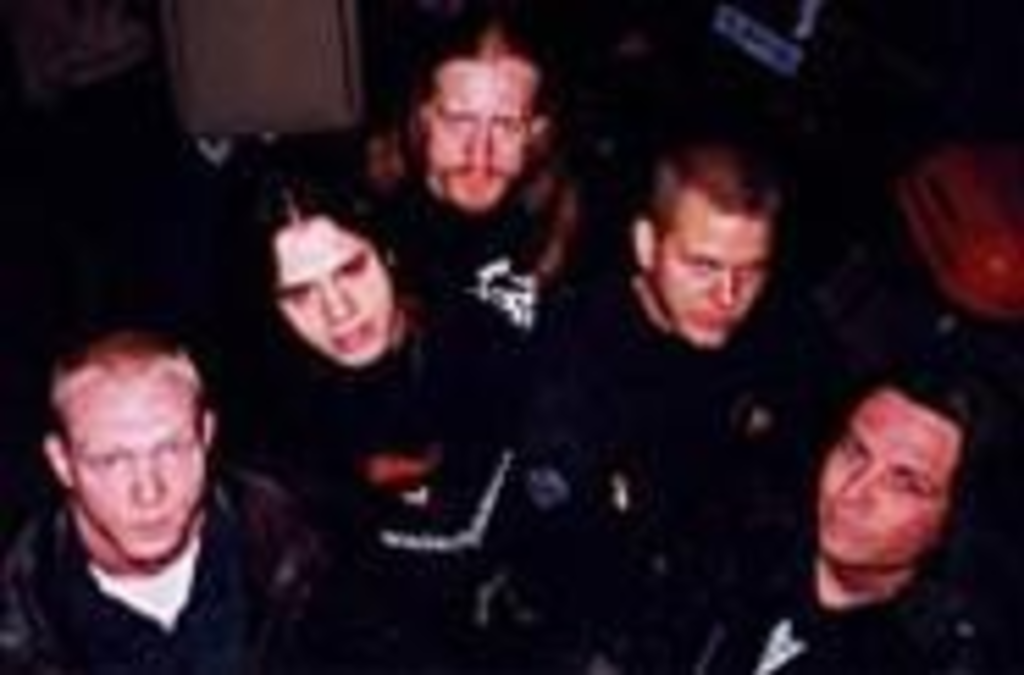 Those who tune in a few minutes before Al Gore‘s acceptance speech at the Democratic National Convention this week will get a special treat, and it won’t be another of the veep’s amusing dance routines as showcased the last time around. Convention organizers chose Ida McBeth, esteemed vocalist and multiple Klammy winner, to perform the national anthem in the high-profile slot on August 17. A convention planner discovered McBeth earlier this summer when she performed at Kansas City’s 150th birthday bash at Arrowhead Stadium, and extended the invitation to her last week. Among the other big-name acts crooning “The Star Spangled Banner” for the Demos are Backstreet Boys and Boyz II Men. “It’s the biggest gig I’ve ever participated in,” says McBeth, who arrived in Los Angeles on Wednesday to rehearse and attend some convention functions. “I’ve never really thought about going to a convention before, but I’m really excited about this.”

Known Origin
Also performing next week on the West Coast in front of a boisterous crowd will be Lawrence’s most promising death-metal export, Origin. The latest area band to make a crushing dent in the national scene, Origin recently set out on its first major tour with such Relapse Records labelmates as Exhumed and Cephalic Carnage. The quintet has played metal fests before, from the November to Dismember to the March Metal Meltdown, but this summer marked the band’s first opportunity to showcase its skills at the Milwaukee Metal Fest, the biggest and baddest of them all.

“Milwaukee was great,” reports guitarist Paul Ryan. “There was a great crowd, and we played a fairly full-size room. We also got eight songs in, which is pretty much unheard of in Milwaukee.” Because of the quantity of bands at the fest, acts are usually shuffled in and out after bite-size sets. Ryan says John Longsreth (drums, formerly of Angel Corpse) and Doug Williams (bass, late of Cephalic Carnage) have played the event before with their previous bands, but it was Ryan’s first time.

Origin has now heard positive feedback from fans in such cities as Mobile, Alabama; Tallahassee, Florida; and El Paso, Texas. “It was like an autograph session,” Ryan says of the last stop. “Lots of people there already had the CD, and lots of people have been buying them at every stop. There’s a lot of curiosity about what we’re all about.”

Some of this curiosity focuses on Origin’s hometown, which, unfortunately, is perceived as being less than hip by some coastal scenesters. However, having seen what the rest of the nation has to offer, Ryan says he’s confident that Lawrence stacks up well. “It’s a really good scene, and it all comes from Mean Dean, with his radio show and his constant promotion about the shows. Props to him. It’s also getting a lot better. I think that the early ’90s scene was really great, but then the Outhouse stopped having death metal shows, people had to go to Wichita, and finally there was nothing. Now it’s on the increase again. A hundred heads a night is not bad anywhere, but we’re getting more than that in Lawrence, so that’s pretty darn good.”

Ryan says he’d eventually like to “get on a tour with some big-name death metal bands and kick ass every night,” but for now the ass-kicking is confined to smaller venues with co-headliners of approximately equal stature. However, Origin can count on a big-concert atmosphere when it makes its triumphant return to Lawrence on August 22 at The Bottleneck.Hunt Is On
Lest anyone think Origin played in front of the most intimidating crowd a local act has faced this year, it’s worth noting that Kelley Hunt recently performed her rootsy piano stylings in front of hundreds of thousands of boisterous bikers in Sturgis, South Dakota. On August 5, her birthday, Hunt warmed up the massive crowd for Cheap Trick, and although she confesses her fear of being “eaten alive,” the bikers ended up demonstrating their support in a suitably noisy fashion.

“People would ride their bikes right up to where the stage was,” Hunt explains. “If they liked you, they revved their bikes after the song, and it gets really loud with thousands of them doing this. People told me about it before I went on. They said, ‘If this happens, it’s a good thing.'”

Hunt received more enthusiastic “vrooms” the next afternoon in Deadwood, South Dakota, where she played a welcome rally for the bikers. “It was during the day, so we could really see what was going on,” she says. “People were just rowdy at this deal. If they like it, you know it. They’re up, they’re dancing, and they’re screaming. You get that immediate feedback.”

Hunt played sizable festivals earlier this year, such as the Eureka Springs Blues Festival in Arkansas, where she performed an impromptu “women’s jam” that featured guitarist Debbie Davies, among others, and the venerable Monterey Blues Festival in Monterey, California, at which she shocked a crowd that was expecting “Somewhere Over the Rainbow.”

“I was sort of the oddball, being a girl from Kansas,” Hunt says. “The curiosity factor was pretty high, and that really worked in my favor. Anytime I get too far away the Midwest, people go, ‘Where are you from?’ I guess they assume I’m going to show up and play country music or something. It’s always kind of a nice little jolt to their system that it’s something different than they expect.”

By contrast, in Sturgis it was Hunt’s turn to be pleasantly surprised. “It’s not like a festival where people are there just for the music,” she says. “They’re there for all kinds of stuff, and I mean all kinds of stuff. But when the music part happens, they’re primed and ready to go. It was nice to be accepted in a setting like that. I really wasn’t too sure, because I’m not metal, I’m not alternative, I’m not old southern rock, any of those things that I knew would be well-received there. But if you can play there, you can do anything. It makes everything else seem pretty mild.”

The hard part might be out of the way, but Hunt still has a packed festival schedule that has her traveling to Dallas, St. Louis, South Carolina, and Tucson, Arizona, among other stops. Before heading back on the road, Hunt will give local listeners a chance to celebrate the release of her new live CD, Inspiration, with a performance at the Grand Emporium on August 26.

Happy Birthday, Mr. Buster …
Given that harmonica master Brody Buster has been a fixture on the local scene for years, it’s easy to forget that he’s still too young to drive. All that changes on August 22, when Buster celebrates his sweet 16th with a jam that’s sure to draw some of the city’s biggest names in jazz. In the weeks prior to this festive event, Buster has taken his blues-harp gospel on the road. The response has been enthusiastic, to say the least — it was rumored that Buster’s shirt had been ripped by adoring fans at a recent Elvis Fest in Tupelo, Mississippi. “Ripped?” he corrects. “They took the damn thing!” Should admirers make off with his shirt again during his birthday show, they might be greeted with a surprise, as Buster says he might get tattooed before the concert now that he’s of age. Other than picking up his license, getting inked, and playing music, Buster doesn’t have any other solid plans for the big day. “We’re just going to have fun,” he says. “That’s what a birthdays are all about — partying and having fun.” On a more serious note, Buster’s birthday show is dedicated to the late musician Mayfield Towns, who passed away on Buster’s birthday in 1994.

Get on the Bus
As reported last week in this space, Lushbox recently disbanded, leaving its unreleased EP, I Hate this Bus (which includes the track “Stephen on the Short Bus”), stranded in limbo. However, those looking for a release this fall with “bus” in its title won’t be disappointed, as the Lawrence-based Short Bus Kids are set to unveil their latest effort. The Kids’ Split, a dual effort with Lawrence’s John Brown’s Kids, is scheduled for release this fall, and the group, which has been together in various incarnations since 1993, might release some previous studio projects as well. In the meantime, the Kids will continue their tradition of pirate-flag waving, jumping-box driven live shows with a gig at Gee on August 18 and a tentative date at the Granada on August 26.

To clear up a few questions that might have arisen from the previous sentence, the “jumping box” is a 35-year-old wooden box that was discovered in guitarist Mike Yuk‘s grandmother’s closet. “We don’t know where it came from,” he says. “It has some name on it that no one in my entire family has heard of.” Still, not wanting a perfectly good box to go to waste, the Kids haul it into the center of the frenzied mosh pit during each show, and fans can showcase their aerial acrobatics by getting a running start, leaping onto the box, and then soaring majestically off of it. The pirate flag flies because of the group’s association with the Pirate Punk House at 14th and Kentucky, where Yuk currently resides. And finally, to clear up the “who are the Short Bus Kids?” inquiry, the group includes members of such defunct Kansas City punk bands as Or Die Trying, Madd Scientists, and Blue Jesus. Currently fronted by charismatic singer AnDIY, whose name is spelled to pay tribute to the do-it-yourself ethic, the Kids play thrashy, sometimes funky tunes with such titles as “Corporate Amerikkka Still Sux a Phatty, But We Have a Jumping Box,” “I Got My Shoes at the Mall,” and “Martha Stewart‘s Cuttin’ Cheese” in between cranking out high-velocity covers of songs by such hardcore pioneers as Minor Threat and Charles Bronson.

The Kids were on hiatus last fall as Yuk attended classes at Middle Tennessee State, but upon his return he felt inspired by the fledgling scene. “I noticed a lot more kids getting involved,” he says. “They were putting on better shows and becoming more organized, and it was a lot more fun to come back to something like that.” Yuk is staying in town, but drummer Bill Kill heads off to school in Wisconsin in the fall, which might lead the band to take a temporary break from gigging or welcome some new Kids into the playpen. All are welcome, as long as they can stand by the Kids’ proclaimed anti-capitalism, “anti-punx” agenda, which leads to sharp lyrical barbs directed at elitist scenesters and mosh-pit bullies. “Everyone has a different reason for being in the Short Bus Kids, and all of us listen to different kinds of music,” Yuk explains. “But when we all play together, it’s just a lot of fun.”