It has taken only seven years, but Rene Bollier’s dream — a combination coffee shop and wine bar — is now open at Andre’s Confiserie Suisse, 5018 Main. Rene Bollier, the son of noted local confectionary maven Marcel Bollier and grandson of the founders of the original chocolatiers, Andre and Elsbeth Bollier, had hoped to start construction on a separate dining area within the Andre’s retail and restaurant complex in 2008.

“That’s when the apartment development up the street was supposed to be started,” says Rene Bollier. “And then the economy tanked, which affected all of us.”

Now that the economy has gotten more robust and the apartment complex fronting Main Street — to feature 180 market-rate units — is well under construction, the Bollier family decided the timing was right to complete the project, which took over space once used for retail and offices. The project included adding large picture windows facing the Main Street side of the Andre’s building. 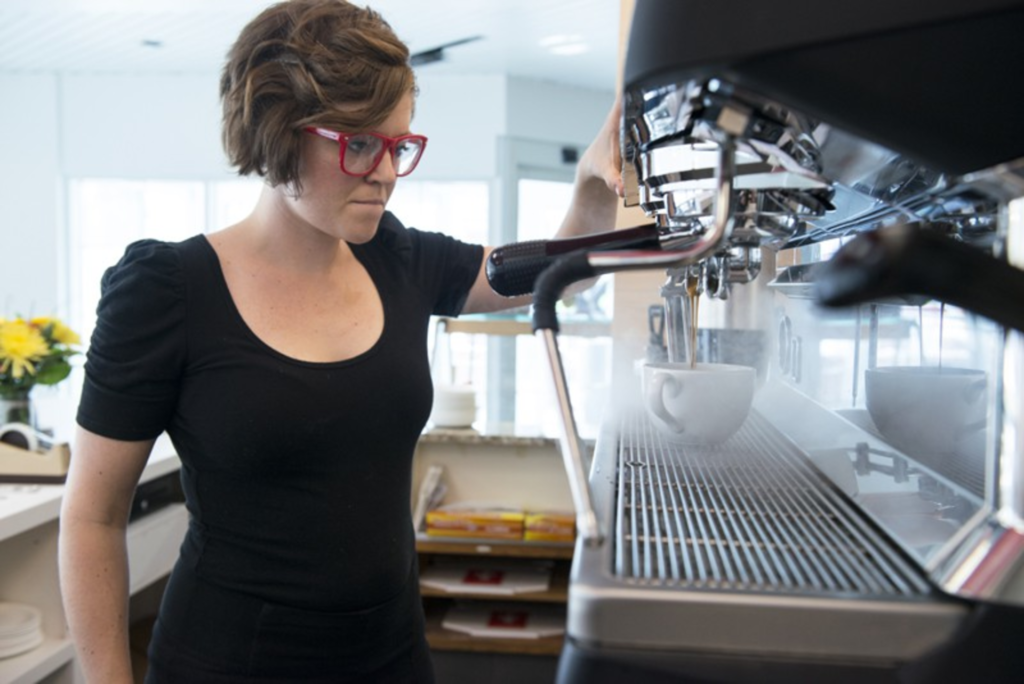 The result is an intimate, warm and sunny space done in shades of white, honey maple, and red with gray tile floors. Keeping the tradition of hiring local performers (actresses Jennifer Mays and Cynthia Hyer are longtime Andre’s staffers), the coffee and wine bar has two familiar faces behind the white counter: actor Zac Parker and actress (and former Muddy’s barista) Kelsea McLean.

The wine bar, which will feature imported wines and Boulevard beers, will feature a full array of pastries and a limited selection of soups, salads, sandwiches and savory dishes (quiche, beef popovers) during the hours it’s open, but will not serve from the same lunch menu as the beloved Andre’s tearoom (which will retain its traditional hours, from 11 a.m. to 2:30 p.m. Tuesday through Saturday), Rene Bollier says.

“That would be too complicated for us,” he says, “from a serving standpoint. The bar and the tearoom are two separate entities in the same building.”

The bar side of the building opens for breakfast each morning — except Sunday — at 7 a.m. and serves until 7 p.m. Monday through Thursday and until 9 p.m. on Friday and Saturday. Those evening hours, the Bolliers hope, will become a gathering space for people wishing to have a light meal on their way home from work or a stopping place, for a glass of wine, on their way to some other evening event. 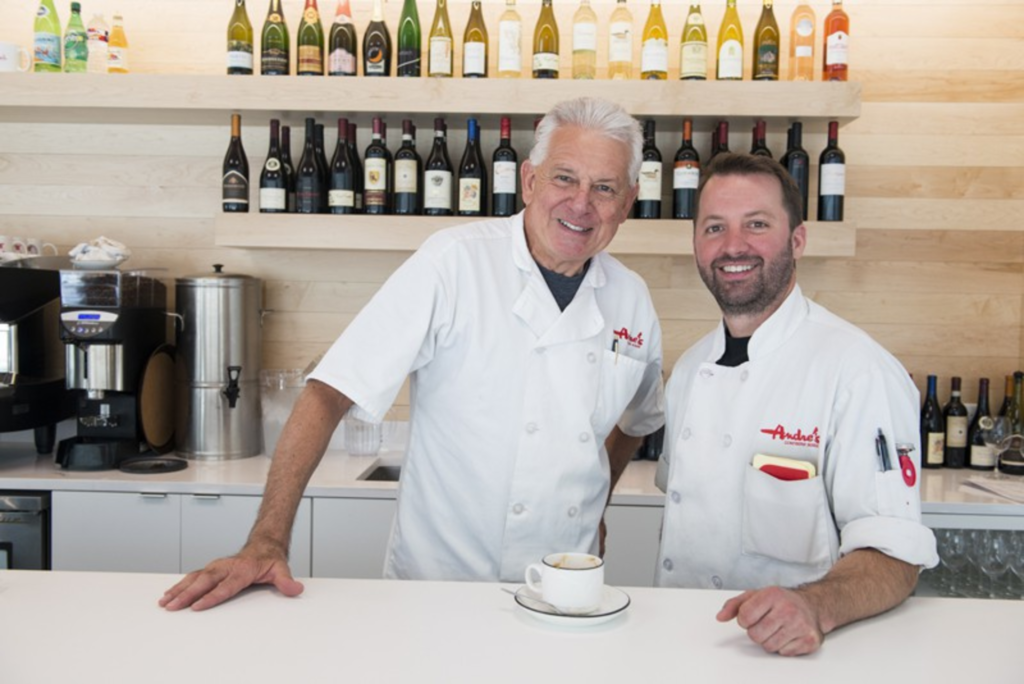 The Bolliers are eager for their new apartment building to the south of their own building to open, not only for the built-in audience for their new concept but because a beloved family member — Andre’s co-founder, Elsbeth Bollier, now in her 90s, has booked a third-floor corner apartment in the uncompleted building.

“She wants to be able to keep an eye on us,” Marcel Bollier says.