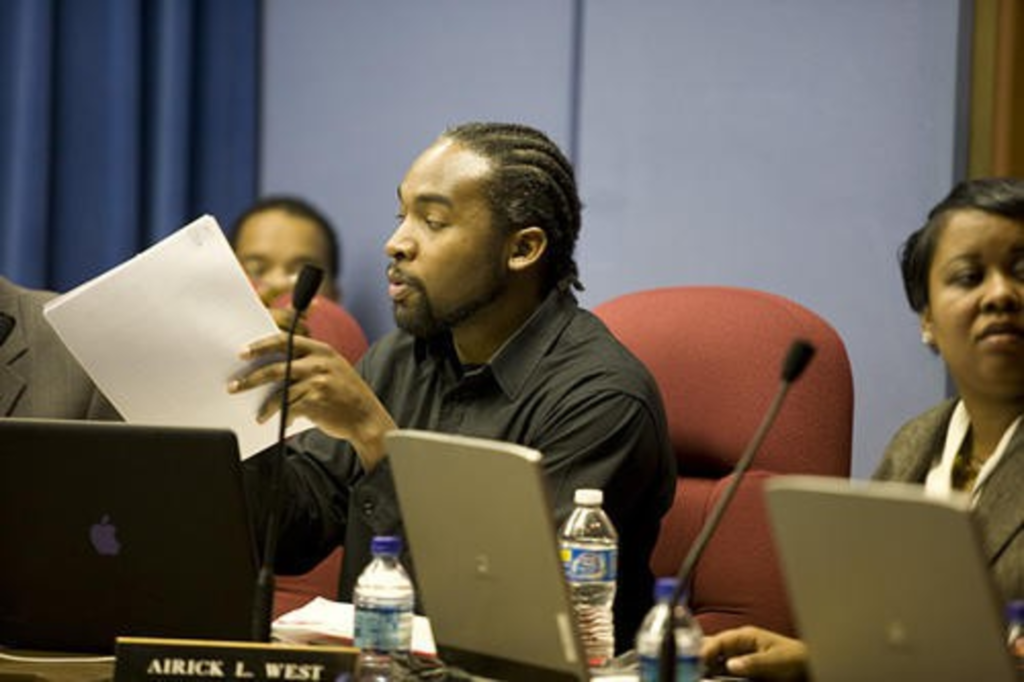 At first, it was all flowers and back slaps and standing ovations at the Kansas City, Missouri, School Board meeting last night. Supporters of Crispin Rea, Joseph Jackson and Kyleen Carroll filled the auditorium and cheered loudly as the winners in the April 6 election were sworn in.

But the first act of business for the new board — selecting its leadership — got a little tense.

It was clear Airick West had the five votes to become the next board president. His political organization aided and endorsed the new members who took their seats Wednesday night. That’s three votes. Incumbent Derek Richey had not only backed West’s candidates in the election, but also stood with West in efforts to change the way the board governs. That’s four votes. By supporting himself, West would have the needed five ayes to take the gavel.

The only question: Would the vote be unanimous?