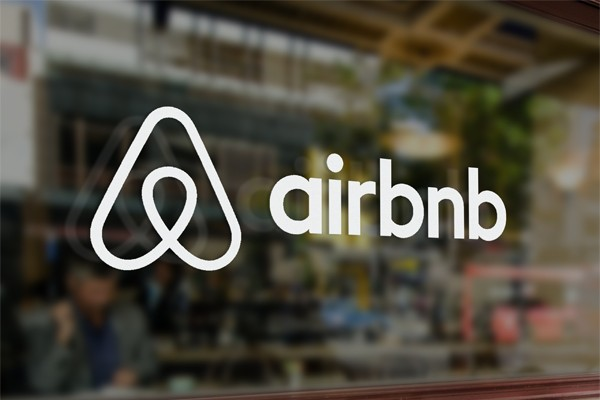 Editor’s Note: Since 2017, we have been following this disaster of a situation. Our first piece was about how far the city would go to bend laws for these private businesses. Last June, we wrote about how the city was unable or unwilling to enforce ordinances. It’s 2020, and the rodeo continues…

Three hundred listings pop up when you ask Airbnb for a place to stay in Kansas City on a March weekend. You can get an “urban cool” loft downtown for $139 a night, or a room purported to be in the “most prestigious neighborhood in Kansas City” for $49. Or, for the budget-minded, that Waldo Room 4 Rent is going for the low, low price of $10 per night.

Rest assured, they’ve all been thoroughly checked out to make sure they’re complying with the new city regulations on short-term rentals. Right?

Although the city planning department has been up and running on those regs for the better part of a year, it’s still a tossup whether any given listing has been touched by them. There are just too many listings and too few city employees.

“Code enforcement is resource intensive,” said Joe Rexwinkle, manager of the city’s Development Management Division. And right now the city has only five people on short-term rental enforcement, which was piled onto their other code enforcing duties in August 2018, when the regulations took effect. That’s five people to watch an estimated 1,200 short-term rentals in the city.

So it’s been a game mostly of catch-up, as the city tries to work through the new application process with people who may not have known they needed to register until a neighbor turned them in.

Kansas City Council members took three years to approve regulations intended to protect neighborhoods as well as tourists. To keep frequent rentals from being too disruptive on quiet streets, the rules impose some limits on how many guests can be coming and going.

Included in the rules: A maximum occupancy of eight, a ban on parties, receptions and the like, and thirty days as the longest anyone can stay. For multi-family owners, no more than a quarter of the units can be rented short-term. Property owners living off-site have to get 55 percent of adjacent neighbors to go along with the rental, and there are fire and safety inspections required all around.

Like other cities across the country, Kansas City has struggled to keep up with the gig economy’s reimagining of hotels. Since they got started over a decade ago, platforms like Airbnb, VRBO, and HomeAway have become popular ways for home and apartment owners to make money off penny-pinching travelers. But only recently have cities begun to write them into their code regulations.

In most cases, the ordinances are a reaction to complaints from neighbors that the short-term tenants can get out of hand. For instance, irresponsible short-term renting was blamed for gunshots after a party at a midtown Airbnb last year. That happened as the city was gearing up its code enforcement on the new regulations.

Rexwinkle said there have been no other incidents like that one, where someone’s safety is in question. If there were, it would get top priority over other complaints, he said.

But the ratio of code enforcers to rentals makes it impossible to be anything but complaint driven, he said. There just aren’t enough resources to chase down every listing without some reason.

The city gets some help from Host Compliance LLC, a Seattle-based consultant. Host Compliance combs through all the short-term listings online to back up the city’s investigations. “If they’re advertising for twelve on Airbnb then we know that there might be some validity to the complaint and we need to reach out to that person,” Rexwinkle said.

But Host Compliance has also come up with data that suggests the city may never catch up – at least not without a serious boost in workforce.

Their data shows that Kansas City has a very high turnover rate for short-term rentals. Of the 1,200 rentals out there this year, some 1,100 to 1,000 may be gone by next year, only to be replaced by other rentals. In other words, it’s a constantly changing pool of dabblers, here one month, gone the next.

In the meantime, the city depends on complaints filed through the 311 service, where neighbors can go to complain about housing situations that seem fishy.

His office has received 164 of those complaints to date, he said, most of which come from people with a vague notion that there are too many unrelated people afoot. “Whether or not it actually is too many is a different question.”

From there, most of the time is spent shepherding the owner through the application process. “Almost every property is eligible for some type of short-term rental in the city,” he said. “Chances are if they get their ducks in a row and do things right they’re going to get something approved.”

Kansas City is ahead of most other cities in the metro area when it comes to regulating short term rentals. Most other cities in the area have no rules specific to the Airbnb type of platform. In Liberty, rentals follow the same rules as single family homes, where up to five unrelated people can stay at a time. Lenexa considers an Airbnb to be akin to any other rental property and requires them to be registered.

Overland Park elected officials are beginning to have some concerns, but don’t have any code regulations on the table currently, said city council member Paul Lyons. “Eventually we may take some action but we don’t see a significant demand that would drive us to do something right now,” he said.

On the other hand, the city has been following the other big aspect of short-term rentals—tax collection.

Guests at hotels and motels pay extra taxes in most cities. That money often supports the tourism industry and amenities like soccer complexes. But short-term rental owners are treated differently when it comes to taxation.

Kansas law allows some guest tax collection, but things are still evolving. Currently, Airbnb remits guest tax on rentals with three or more rooms. But state lawmakers are considering a bill that would require all the platforms to collect not only the guest tax but also sales tax.

Short-term rentals are only a small slice of Overland Park’s tourist rentals now, but their market share is growing, said Dana Markel, President and CEO of Visit Overland Park. The city’s 149 shared lodging units are dwarfed by the 5,000 hotel rooms available. Still, the shared lodging is on its way up. Demand has quadrupled since 2017, according to data kept by AirDNA, an analytics service the city uses.

Overland Park may not have the same tourist magnetism as a city like Liberty or Lawrence, but Lyons sees the short-term rentals as becoming more popular among people who come for small conventions and are looking for an inexpensive place to stay.

Lyons doesn’t see it as an emergency, though. “I feel like we’ve got some time to deal with it.”

In Kansas City, Mo., state law prohibits collection of guest tax on an Airbnb in part because of way hotels are defined, said Kurt Mayo, executive director of the Greater Kansas City Hotel and Lodging Association.

Hotels in Kansas City are by definition over eight rooms, he said, leaving them free of tax collection. That rule needs to be changed, he said, if the city wants to collect guest taxes from the short-term market.

“We’re not against Airbnb. we just feel they should be regulated and pay their fair share,” he said.

“It’s definitely a new type of business and I think they’re here to stay.”