Q&A: Dominic Palermo of Nothing, ahead of the band’s Friday show at RecordBar 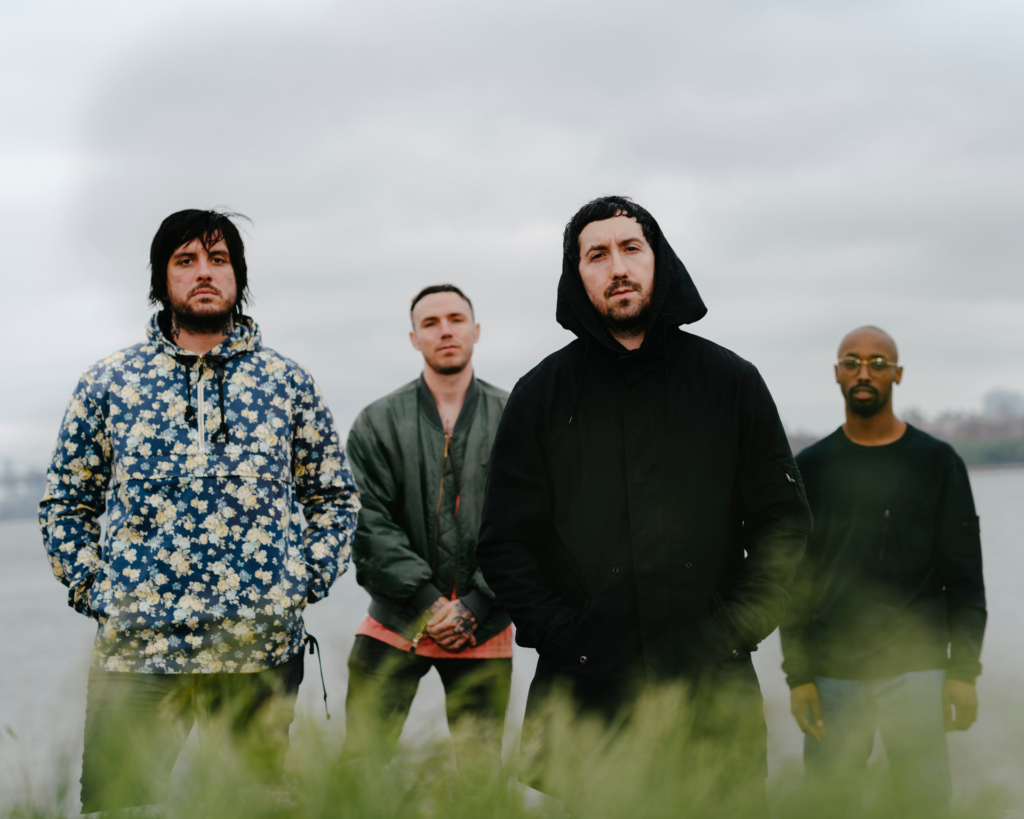 As blissful as many Nothing recordings can be, Domenic Palermo and his band are no strangers to chaos. During a violent period in Philadelphia’s early-aughts hardcore scene, Palermo was involved in a fight that resulted in a two-year stint in prison for aggravated assault and attempted murder. Some of the lyrics from the band’s acclaimed debut, Guilty Of Everything, were written during his incarceration. Palermo himself was mugged and violently assaulted during a tour stop in Oakland back in 2015. Doctors have since told him that he’s shown signs of having chronic traumatic encephalopathy, or CTE — the degenerative brain disease most common in football players and military veterans.

While time doesn’t heal all wounds, Palermo and his shoegaze crew are learning how to better live in a world on fire. The band’s latest, Dance On The Blacktop, was recorded with John Agnello (Dinosaur Jr., Sonic Youth) in the natural calm and seclusion of a repurposed church in Woodstock, New York. The album’s release party was also a first foray into nonprofit work geared toward prison reform, with funds benefiting the Pennsylvania Prison Society. I talked with Palermo on the phone one morning shortly before their current tour.

The Pitch: I was excited to see that Mark McCoy and Ryan Lowry worked on the album art. What made you want to bring them in, and what inspired the mask on the cover?

Palermo: I’m pretty hands-on with everything this band does, from the top to the bottom — not just the music and lyrics, but the tour booking and the merch design. Everything. For me, it’s kind of important to let go of stuff sometimes and let someone else pick up the material that’s there and give their perspective of what’s going on. I can’t do this very often because there’s not many people I trust with this stuff, but Mark [founder of Youth Attack Records, member of Charles Bronson] has been a friend and is a brilliant, brilliant individual and [drummer] Kyle Kimball brought up the idea of having him art-direct the cover. I immediately loved the idea, so I just had a talk with Mark and we went through the album and talked about what the album contains, and life a little bit.

He just kinda sat with the idea and sat with all the info for a while and presented the cover to me and explained it. So we got with Ryan Lowry to actually shoot the thing and I knew right away we were right where we needed to be.

What did you talk about as far as concepts and themes?

The record really deals with a lot of acceptance. Kind of realizing your philosophy on how you proceed with life and how everyone is capable of having this philosophy of how life is and how we deal with everything and how we keep everything behind this blank face. The record title kinda speaks to the same thing. We’ve dealt with so much over these past few years and we’re starting to realize we feel really comfortable being in this chaotic situation and just kinda facing it with no fear and not letting it rip us apart.

I read in a feature that your outlook is a lot less pessimistic than it used to be, but I find that interesting, considering everything that’s happened to you and the band in recent years. Was there a moment where your perspective really started to shift?

I think it’s just time for me. As I get older, I’m throwing less fists at the world, and I just have gotten more comfortable kicking back and relaxing in the fire rather than frantically running around in it. It’s not optimism by any means, we’re still a very cynical group of individuals, especially myself, but you can be cynical and not be kicking yourself constantly. There’s other ways to deal with the cynicism. I feel like that’s where we’re moving toward, especially myself, and I’ve been learning to laugh at all of it.

How’d you get set up with John Agnello and Dreamland Recording Studios?

We’ve never been in a studio out in the middle of nowhere, which was a huge thing for us on this record. We sought that out. We all needed to get out of the city at that time, especially [guitarist] Brandon [Setta] and myself. We’d been home for a while and the city was really getting to us, with nothing but time on our hands and New York in front of us. We thought it was good for us to get away from all the degenerates that are around us all the time and kinda just get there [to Woodstock] and focus.

It was nice ‘cause we wrote the demos here in New York when we were really feeling the weight of the world around us, but it was nice to lock those demos and songs in a box and transport them to this serene, really beautiful place in upstate New York and isolate it and take them apart and rebuild them in this nice setting. And having John with us, who’s this brilliant dude, it was a really healthy way to record a record that we’re really not used to. But it was a really good experience for us, I think.