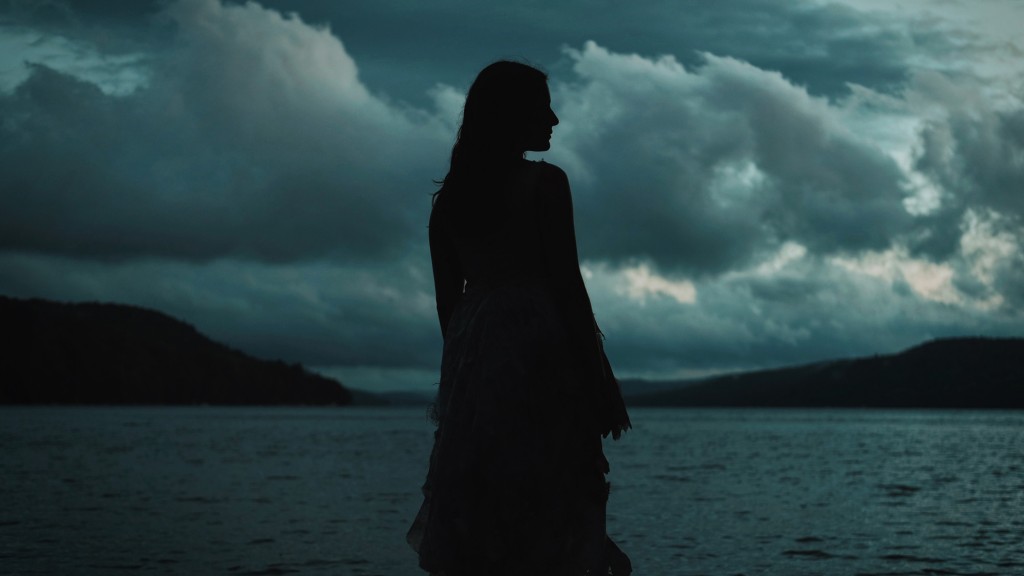 Seeing the first trailer A Nightmare Wakes made me do some sounds. The kind of out loud sounds that, at home in a pandemic, were for no one’s benefit—save the cats that it scared away. Mary Shelley, the author of “Frankenstein”, has had a lot of weird stabs at telling her story over the years. The female writer responsible for one of horror’s greatest monsters has oft been overlooked by pop-culture, and so seeing her life given more attention in books and films has been a welcome addition. Unfortunately, they’re mostly not that good. [Except for Ken Russell directed art-film Gothic, which tap-danced around her life.] This is a shame, because the tale of the book’s origin—steeped in a retreat with other famous writers and the sexual tension around the event—has been rife for dramatization.

To see a movie finally tackle that material, and to do so with an added horror film style, seemed like a can’t miss. Instead, it’s just okay. And honestly, maybe that’s enough?

Mary (Alix Wilton Regan) goes on retreat with poet Percy Shelley (Giullian Yao Gioiello), Lord Byron, Byron’s lover and Mary’s stepsister Clair Clairmont, and Byron’s physician John William Polidori. While intertwined in a series of socially complicated and substance fueled encounters, Mary is essentially dared to come up with a story to tell the group. While exploring the idea of dead tissue brought back to life, Mary also grapples with a slowly eroding mental state. Between personal traumas and emotional setbacks, she’s beginning to perceive things that aren’t there.

The notion of madness yielding great works of art is not always the most impressive genre device, but it certainly is interesting. Rather than lean into that style, the film pulls back on the reigns and sends the story back into more of a thriller/drama territory. The end result is more of a biopic than the Shudder trailer would let on, and a disjointed imbalance between the styles results in stretches the become increasingly lifeless.

It’s a shame to hit a double when you could’ve had a home run, but the film isn’t without sparks of clever and a few memorable sequences. Had it have chosen to lean harder into one of the two films it imagined it could be, either would have worked out better. Hopefully, this is the footing for someone else to come in and take it all the way.