A musical about American hubris and Bush-era stupidity, now playing at the Unicorn 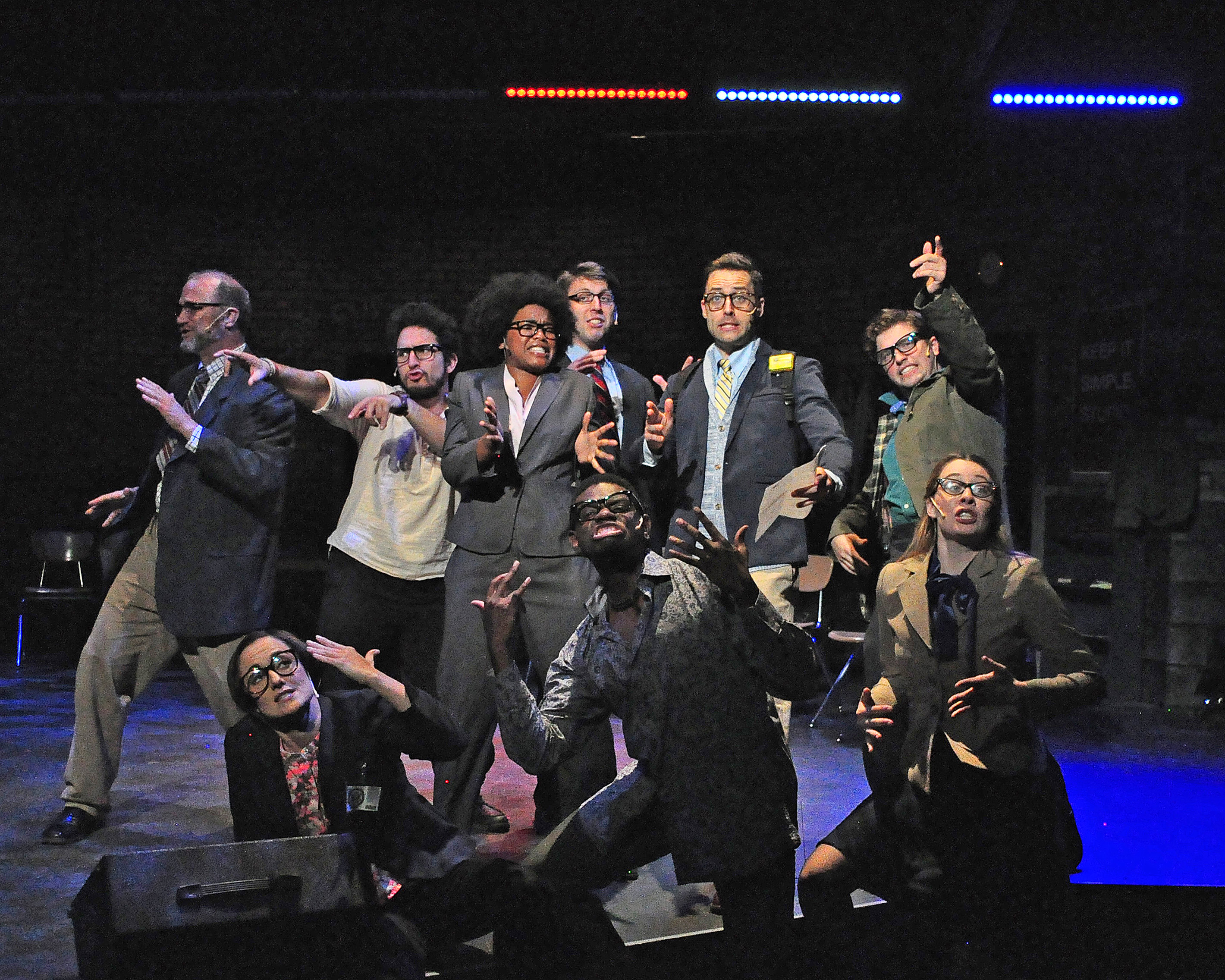 I respect a big swing.

Case in point: the Unicorn Theatre’s season opening musical, Who’s Your Baghdaddy? Or, How I Started the Iraq War. Director Sarah Crawford has marshaled a talented cast and crew in service of something I didn’t know I needed: a damning Bush-era post mortem with the manic energy, upbeat vocals, and Technicolor costumes of a children’s television show.

The musical unfolds in an imaginary support group for people who provided the pretext for the 2003 U.S. invasion of Iraq. Assembled around a box of donut holes are a motley crew of U.S. and German intelligence agents alongside an Iraqi informant with a depressingly prescient codename—“Curveball.”

That’s a conceit that could easily turn smug. But the script, a collaboration between Marshall Pailet (who also wrote the music) and A.D. Penedo (who wrote the lyrics), isn’t concerned so much with evil as with stupidity compounded—with the series of failing fail-safes.

Not to mention the hubris of American officials. A hip-hop number introducing two intelligence officers (“Berry and the Bad Boy”) begins, “Aw shit, bitch, welcome to the CIA.” The rap contains one of the show’s biggest laughs, as a walking pocket protector named Jerry spits, “I’m so bad, I know my Bronze Age battle axes.” 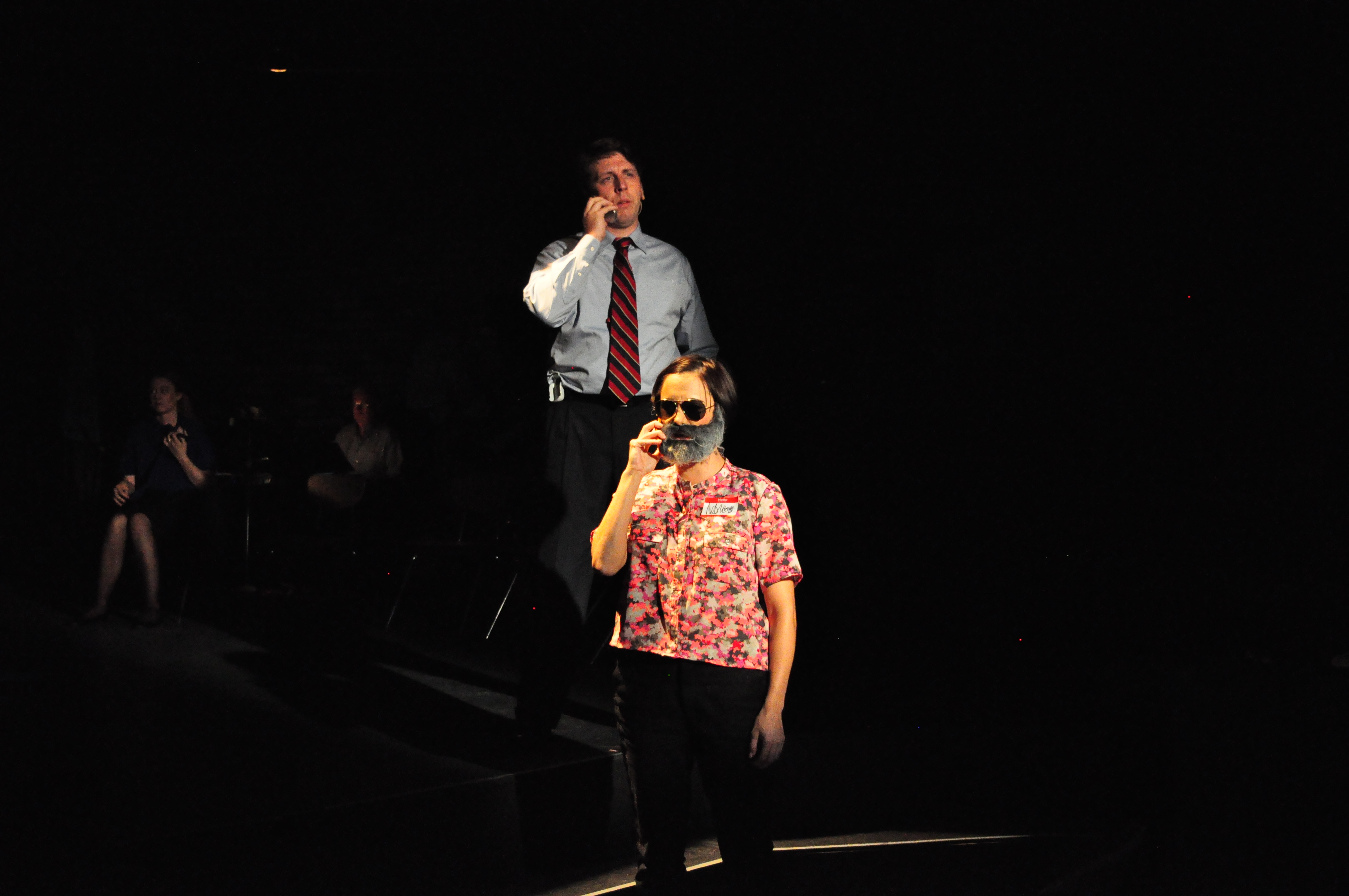 The title, it must be acknowledged, is Truly Awful, and I went into the show with a healthy dose of skepticism. The last of it vanished when actor Daniel Verschelden (as German junior detective Richart Becker) launched into the opening notes of “Das Man.” The catchy pop tune is full of cringeworthy Germanglish (“I be vorglühen like a bro, bro”) that nevertheless made me grin. I’ve listened to the original cast recording, and I prefer Verschelden’s version—it’s more relaxed, more character-driven, suffused with goofy Will Roland vibes.

I felt similarly attached to Kelly Urschel as “The Assistant.” Urschel doesn’t have many lines—she’s essentially in a chorus role—but her elastic facial expressions (and fierce commitment to them) energize the show.

The Unicorn’s cast has plenty of familiar faces, too. See Darrington Clark, grinning like a Cheshire cat and pouncing on each line. See Katie Karel, mimicking a TV reporter in her trademark Mid-Atlantic accent. Behold John Cleary, whose less confident movements are more than offset by his buttery vocals.

Crawford is one of the city’s most talented musical theater directors, due to both her casting and her almost martial attention to detail. Even minor character gestures have show-pony polish. A recurring sight gag for the entrance of State Department officials never stops being funny—in part because it’s always so crisp.

The title song, a frenetic hip-hop number set in a furry club in Berlin, is the show’s weakest. The chorus is forgettable, and muddy consonants bury some of the wordplay in the raps (that said, Woods twerking in a Labrador mascot head that might have belonged to McGruff the Crime Dog is…an indelible image). 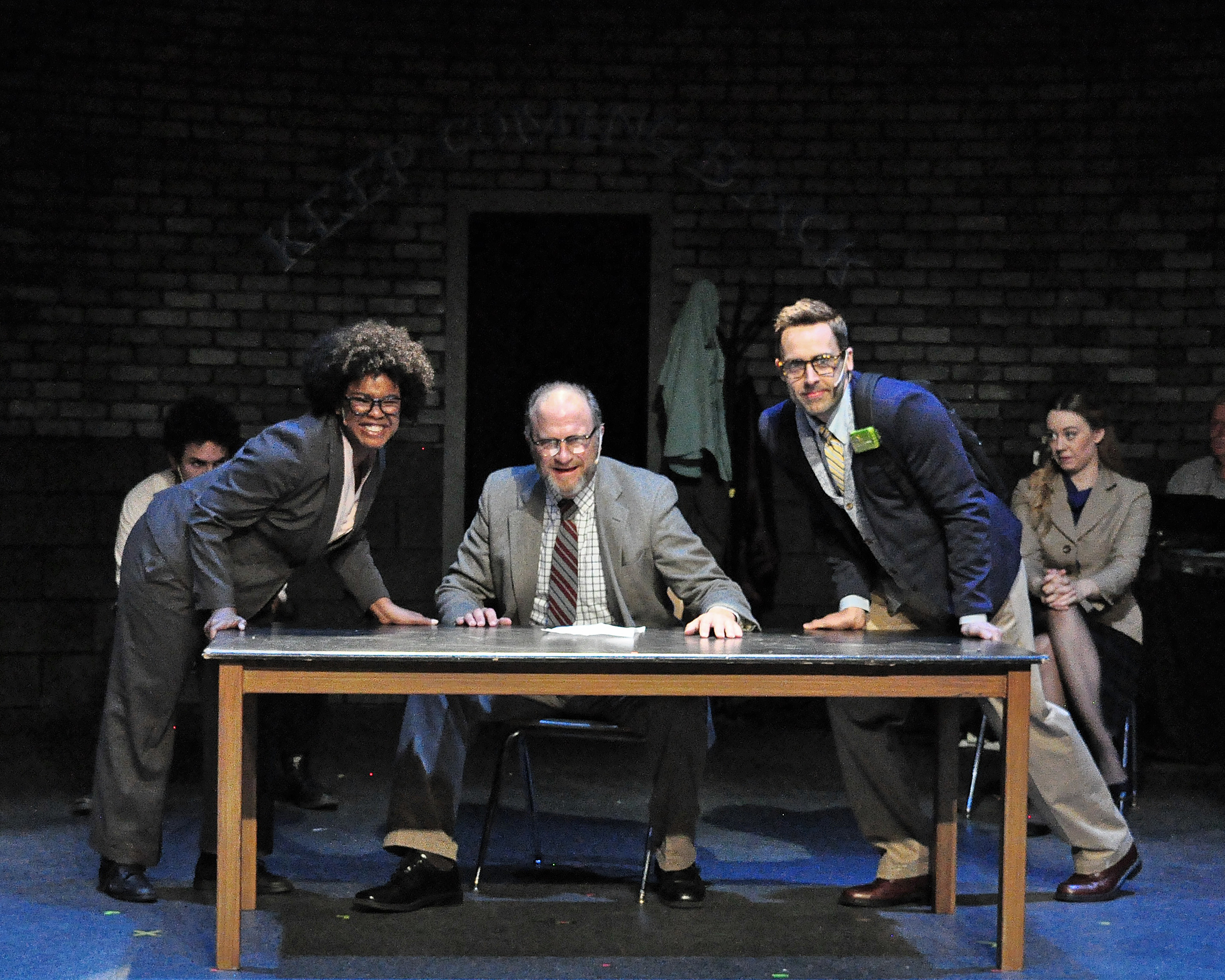 Scenic designer Emily Swenson gives the support group a utilitarian set with dark, damp-looking walls. The vibe is a bit “basement at Gitmo”—thematically appropriate, if not especially striking. But the simplicity (and dim palette) allow the set to vanish into the background during the play’s downstage scenes.

Zach Faust is one of the show’s strongest singers, but script challenges hamstring his Curveball. The character’s motives—especially in the second act—are painted as almost entirely superficial, making Curveball feel less complex than his American counterparts (dramaturg Logan Black’s program notes help fill in the gaps).

The second act as a whole feels less character-driven, the voice less sharp. Some specificity is lost to a general post-9/11 malaise. It’s an honest reflection of the period, I suppose—of a wounded country circling the wagons, cutting out nuance like a bruise on an apple—but it isn’t as engaging. The playwrights seem aware of this, at least. At one point, a character turns and asks the audience, “Do you feel like this has gotten less funny?”

Still, most of my criticisms are almost too boring to indulge. A flashlight sequence goes on a bit too long. The lights on soloists are at times a bit dim, masking their faces and expressions. A thin, shiny choir robe used to costume the “Second in Command” looked a bit cheap beneath smartly fabricated accents.

Sure, there’s a few rough edges and tonal gear-grinds and design opportunities left on the table.

Who’s Your Baghdaddy? Or How I Started the Iraq War