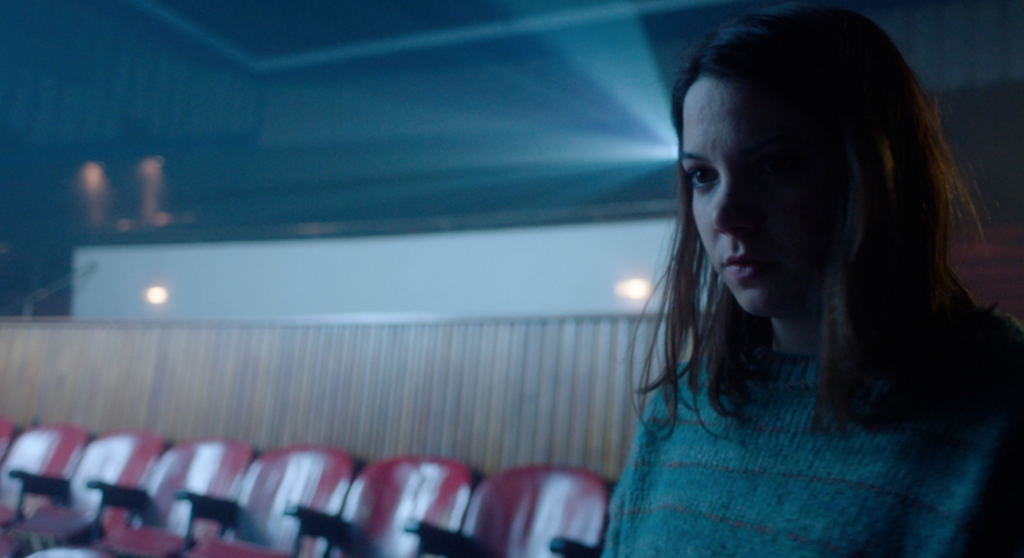 It’s a little hard to remember that before last March, things looked very different for 2020. For instance, Screenland Armour and Downright Creepy’s annual Panic Fest took place last January and, according to co-founder and Screenland Theaters owner Adam Roberts, was the biggest program and largest attendance in the genre film festival’s history.

“We had an overwhelming amount of filmmaker participation,” Roberts says. “We were trying to make sure everyone was taken care of, and we had people coming from across the globe.”

In an attempt to maintain that momentum in the face of the pandemic, Roberts and co-founder Tim KC Canton decided to postpone this year’s Panic Fest to April 8-18. This year’s fest will be a hybrid event, with screenings available online and at the Screenland Armour theater, and online hangouts and live events.

“Every year we think we can’t outdo ourselves, and every year we take a step forward. I think this year that while our physical attendance won’t be astronomically high, we think our online participation will be significant,” Roberts says. “We do think that our in-person tickets will be higher than they would have been in January.”

Looking at the lineup Roberts and Canton have planned, it’s pretty hard to argue with that. The 2021 Panic Fest boasts 25 feature films and over 40 short films from around the world, in addition to some impressive live virtual events. The film lineup for now (there are a few additions still in the works) includes Sundance and SXSW favorites Censor and Jakob’s Wife, local hero Jill Gevargizian’s The Stylist, and Below the Fold, a locally-produced and set crime thriller from writer-director Clayton Scott. Among the many featured shorts is Jacob and Ben Burghart’s Suspense, which premiered at last year’s online Fantasia Festival.

“We had a lot of filmmakers hustling and finding ways to make creative films this year,” Roberts says. “There are a lot of films on the lineup that we’re the second screening for, or the U.S. premiere.”

Live events on the schedule for 2021 include an installment of Ted Geoghegan’s Final Exam Horror Trivia, which has become a weekly ritual for genre film fans during lockdown. In addition to live podcast recordings from Nightmare Junkhead, Nightmare on Film Street, Knight Light, Colors of the Dark and Frightday, the Screen Drafts podcast—another internet cult favorite—will record an episode discussing the best movies from the Hellraiser series.

“Screen Drafts being here is something I’m beyond excited for,” Roberts says.

If you’re afraid you’ll miss the communal atmosphere of Panic Fest in its hybrid format, that’s covered too; the festival has partnered with creative digital video platform Gather (who successfully helped the NightStream and SXSW festivals maintain online social spaces) to create an online hangout area for attendees and filmmakers to mingle.

“Tim has built up the platform to feel like an extension of our theater, and to echo what we think makes going to a festival so magical,” Roberts says. “It’s about making a place for networking just like it is here. That’s what makes being at Screenland for Panic Fest special.”

Available ticket options this year include a virtual-only pass and a hybrid pass, which allows festgoers to take their pick of virtual screenings or in-person screenings at the Screenland Armour theater. Some films will be in person-only.

Roberts says the theater has had plenty of practice over the last year maintaining social distancing and safety standards. Screenland Armour has remained open, with limited capacity and increased safety precautions, for the last nine months.

“We’re very in tune with what people want in terms of safety and making them feel comfortable here,” Roberts says. “Capacity will be low. 50% of seats are available for pass holders, and a limited number of walk-ups.”

Tickets and updates are available (and moving fast) on Panic Fest’s website. Check out the full lineup of movies below:

An Unquiet Grave
D: Terence Kray
Regional Premiere, 1h 12min
A year after the death of his wife, a man enlists her sister to help him bring her back.

Below the Fold
D: Clayton Scott
World Premiere, 1h 32min
Without a trace, Susie Potter vanished from her home in the quiet town of Skidmore, Missouri. Ten years later, two reporters uncover a harrowing new detail, which leads them on an obsessive hunt for the truth through the dark labyrinth of rural northwest Missouri.

Benny Loves You
D: Karl Holt
Regional Premiere, 1h 34min
Jack is desperately trying for a new start in life, but when he throws away his childhood bear Benny, it’s a move that can only end in death.

Decades after the accidental drowning of her twin sister, a self-destructive young woman returns to her family home, finding herself drawn to an alternate dimension where her sister may still be alive.

A vacationing family turns the tables on a mass shooter who claims to be fighting demonic forces.

A lone drifter suffering from partial memory loss accepts a job to look after a psychologically troubled woman in an abandoned house on an isolated island.

After viewing a strangely familiar video nasty, Enid, a film censor, sets out to solve the past mystery of her sister’s disappearance, embarking on a quest that dissolves the line between fiction and reality.

Alice and Bret’s dog Harvey is dying, and he’s ruining everything. What had been a bright little family is quickly getting consumed by clouds of self-doubt, suspicion, and a disturbing amount of ground beef.

A mute boy is trapped in his apartment with a sinister monster when he makes a wish to fulfill his heart’s greatest desire.

A dark social satire inspired by the real-life conspiracy theory known as Pizzagate. An amateur journalist and a far-right militiaman team up to expose the ugly truth behind rumors involving sex cults, a pizza place, and the lizard people.

Strange cravings and hallucinations befall a young couple after seeking shelter in the home of an aging farmer and her peculiar son.

Anne, married to a small-town minister, feels her life has been shrinking over the past 30 years. Encountering “The Master” brings her a new sense of power and an appetite to live bolder. However, the change comes with a heavy body count.

A teenage runaway who’s trapped by a delusional man, pretends to be his daughter in order to escape.

A fateful chain of events begin to unravel after two brash insurance salesmen go knocking on the wrong door and find themselves trapped in a stranger’s basement.

It’s a soaking wet day with rain pouring down and one of the best things to do is to go seek refuge in a great old cinema. There’s only one problem: A scary murderer is on the loose and he also has taken refuge there.

My Heart Can’t Beat Unless You Tell It Too

Two mysterious siblings find themselves at odds over care for their frail and sickly younger brother.

A rideshare driver’s life is turned upside down after an unexpected series of misfortunes.

Cristina, a journalist of Mexican origin, travels to her ancestral home in Veracruz to investigate a story of sorcery and healing. There, she is kidnapped by a group of locals who claim she’s the devil incarnate.

In the near future, an A.I. called URM is investigated by a detective and researcher for a lab about to release a contact lens with the power to record what the eye can see to re-create memories.

A notorious criminal must break an evil curse in order to rescue an abducted girl who has mysteriously disappeared.

A struggling vampire romance novelist must defend herself against real-life vampires during Christmas in Lake Tahoe.

She Watches From the Woods

A troubled artist with a dark past attempts to make peace with her dying mother while investigating the mysterious death of her teenage sister.

A lonely hairstylist becomes obsessed with the lives of her clients and descends into murderous madness.

A sister claims to be cursed and persuades her brother to embark on a cross-country road trip to break her spell.

Joel, a caustic 1980s film critic for a national horror magazine, finds himself unwittingly trapped in a self-help group for serial killers. With no other choice, Joel attempts to blend in or risk becoming the next victim.

Following the death of their mother, four estranged siblings find themselves fighting for their inheritance and their lives when an eccentric stranger arrives, claiming their famous haunted childhood home was left to her.

“No One is Coming”

“The Rule of Three”

“There’s Someone in the Garden”