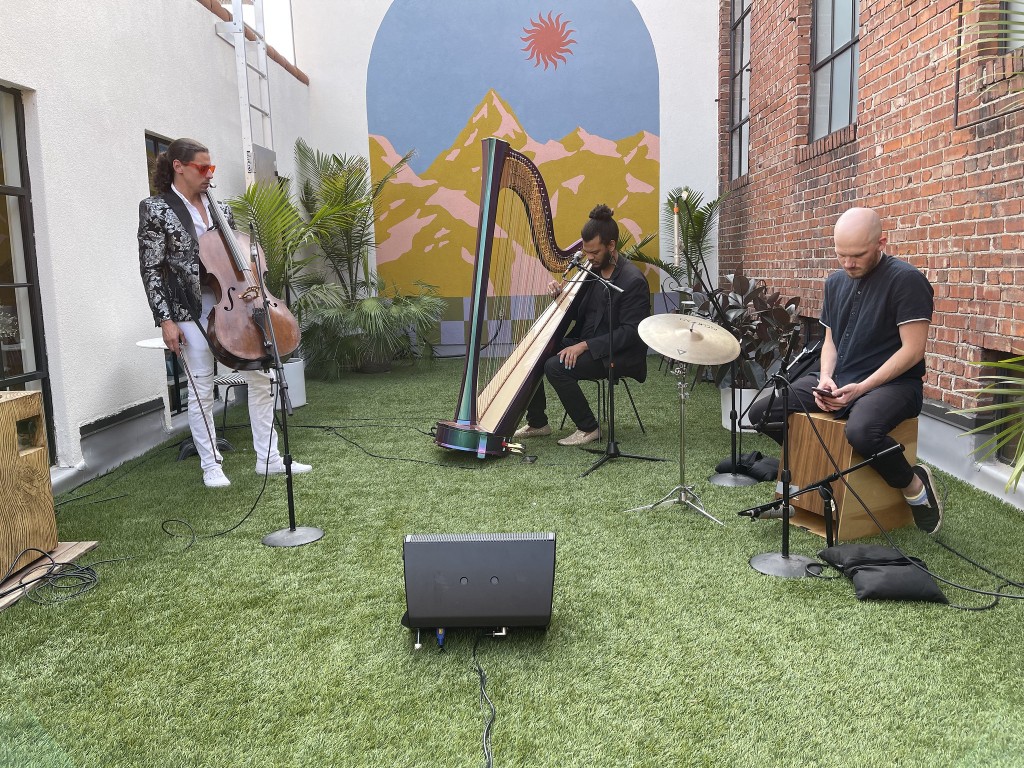 As The Bridge—whose anniversary we previously celebrated in the print magazine—opened in 2001, this new concert video/documentary features Kansas City artists putting their own spin on hits from what the station’s playlist looked like at its origin, two decades ago.

“Twenty years is a big milestone for our station, and we wouldn’t be here without the Kansas City music community,” says Bryan Truta, senior director of radio operations for The Bridge. “PLAYBACK came together as the perfect opportunity to honor these big songs in history, turning 20 alongside us, through the lens of local artists.”

Being unable to record in their own building for the last year, The Bridge was unable to pull these artists in for live studio sessions. As such, the documentary allows the participating bands to set up shop in front of iconic KC landmarks.

“Get ready to hear some Radiohead, some Daft Punk, and yes, a cover of “Get Your Freak On” by Missy Elliot,” says Truta.

The Pitch’s Best Band in KC 2020 winner The Way Way Back also does their take on a Jimmy Eat World hit. As the metro’s premiere emo band, this should surprise no one. We’ll go ahead and assume they’ll knock that outta the park. [Or at least whatever local park they were forced to film their performance in.]

“In this media environment, surviving this long doesn’t happen anymore,” Truta says. “We’re the elder statesmen of radio. A corporate radio station making it this long rarely happens, even with huge financial backing and shareholders. We’ve made it twenty years because local folks felt compelled to sustain us. That’s not a testament just to our work, but one reflecting the community as a whole.”

90.9 The Bridge and Kansas City PBS will also host a screening of PLAYBACK and several local bands in concert at a celebration in Lemonade Park on Thursday, August 26, at 7 p.m. For more information and tickets, click here.