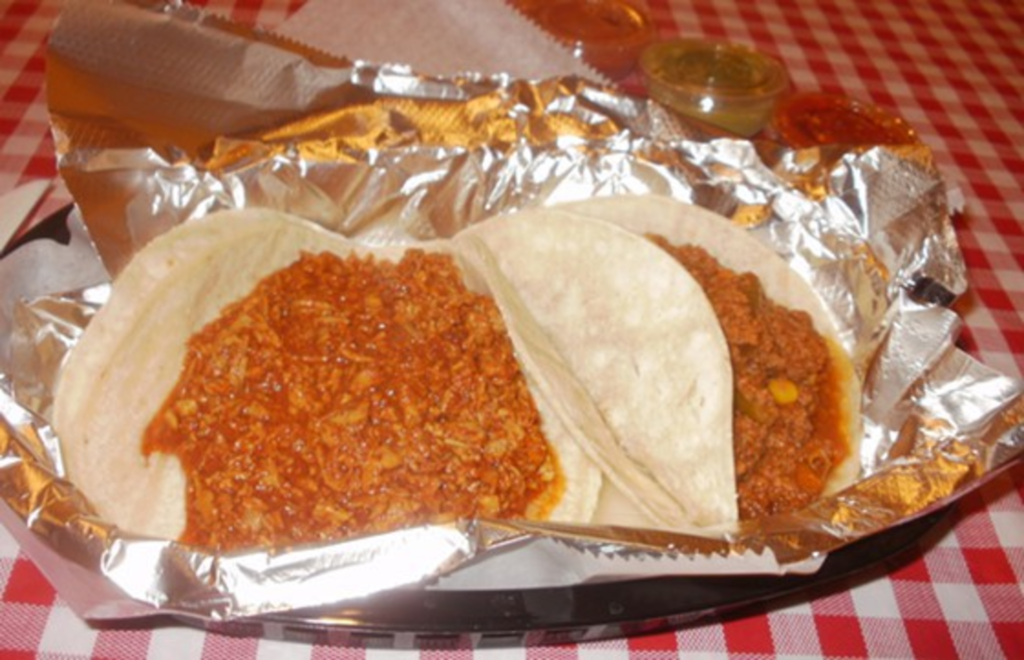 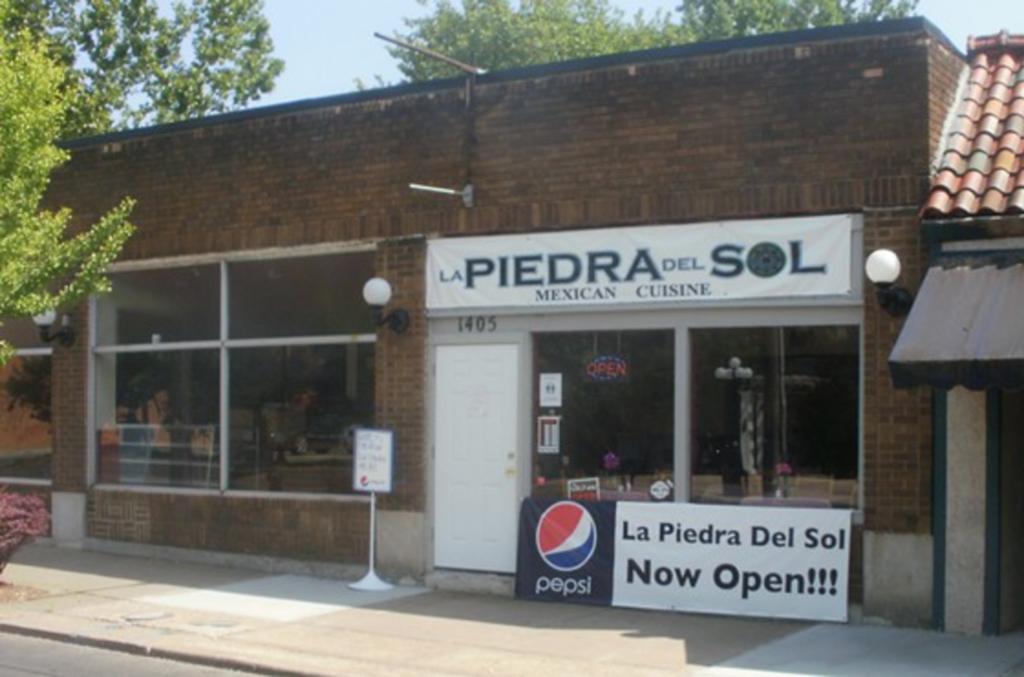 A small family-owned Mexican restaurant, La Piedra del Sol, opened five weeks ago at 1405 West 39th Street in a storefront that was formerly part of the larger restaurant venue next door at 1403 West 39th Street (the location of the former Macaluso’s restaurant, Scotty’s on 39th, Szechuan House, and most recently Burrito Joe’s; it’s currently vacant).

The subdivided space — the name translates as “rock of the sun” — is now two tiny dining rooms and a kitchen. Patrons order at a counter, are given a plastic card with a number, and have their meals — carnitas, cochinita pibil, pork chorizo cooked with potatoes and onion, chicken in mole, fajitas, and tacos — delivered in foil-lined plastic baskets.

The tables are covered in red-and-white checked vinyl and the walls are painted a deep terra cotta. The meals range from $6.99 to $8.99 and include Mexican rice, charro or refried beans and a choice of corn or flour tortillas. The nine individual taco choices are priced at $1.50 each. The restaurant does not have a liquor license and currently sells bottled water, imported Mexican soft drinks and Pepsi products.