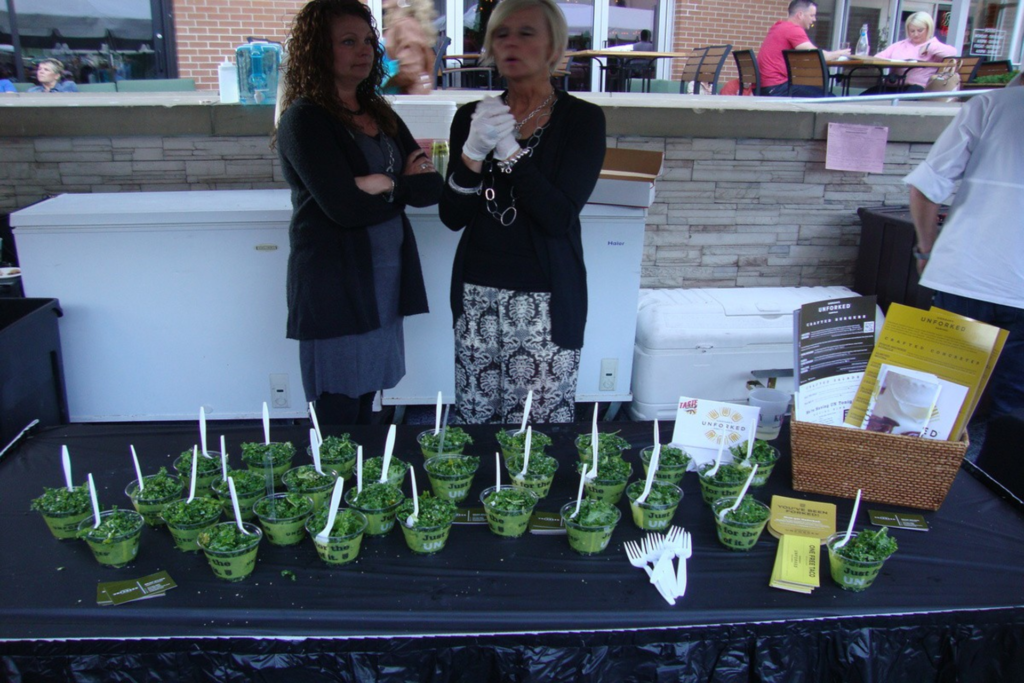 There were only five competing chefs at yesterday’s Taste of Kansas City event, sponsored by The Pitch (one chef dropped out of the contest at the last minute), but the dishes served to the judges were among the best ever at this annual test of creative improvisation and culinary skills.

But it was Frank Lalumia, the executive chef for the Hotel Phillips and its 12 Baltimore restaurant, that took the top honors at Taste of Kansas City 2015 for using the night’s “mystery ingredient,” boneless beef short ribs from Leawood-based Simply Essentials, with a distinctively fresh perspective.

This was the second year that a chef from 12 Baltimore took home the Golden Fork Award. Last year, chef Justin Voldan won the competition representing the hotel restaurant. Voldan competed again in last night’s contest, this time in his new role as executive chef of the Westside Local restaurant.

Voldan can be a fierce rival; his creation — a braised short rib roulade stuffed with asparagus, garlic, cilantro and onion — was an outstanding dish, particularly considering that each chef was allotted only 75 minutes to take the raw ingredients, prepare the meal, and present it to the judges (actor-writer David Wayne Reed, culinary educator and restaurant veteran Lisa Burgess, and me). Each dish — one chef prepared as many as three: starter, entree and dessert — was judged on taste, visual presentation and creativity.

In addition to the short ribs, the five chefs — Lalumia, Voldan, Mario Galan from Avenues Bistro, Jonathan Pye from the Nelson-Atkins Museum of Art, and Vincent Paredes from the downtown Marriott Hotel — were given optional ingredients that they could use, ranging from corn flakes cereal (which second-place winner Galan ingeniously utilized to fabricate a crispy falafel for his Indian-inspired dish) to cherry pie filling.

Several of the chefs found ways to incorporate the cherries and the syrupy liquid they were packed in, including Lalumia, who invented a spontaneous Korean-style barbecue by braising the beef, then searing it in a hot pan with cherry juice and Mandarin  orange juice, and caramelizing the exterior of the meat, which he served with vegetables and a gingery cherry gastrique.

Lalumia wasn’t a bit stressed by the competition or testing his skills against his Hotel Phillips predecessor, Justin Voldan: “We felt pretty confident we could handle anything that was thrown at us,” Lalumia says, “and make something that tasted really good.”

“The competition forces us to use skills we need on a daily basis as chefs,” Lalumia says. “We’re constantly improvising if we’ve run out of an ingredient or need to make something that’s not on the menu.

“It was also great exposure for our respective restaurants,” he says. “Especially when the Hotel Phillips wins for the second year in a row.”