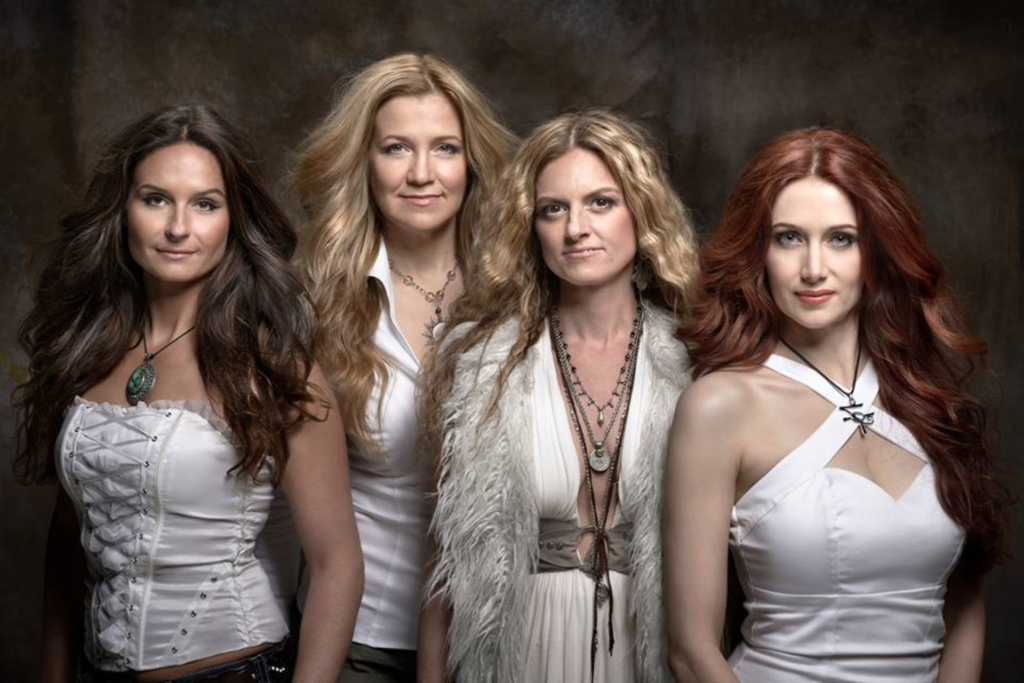 Whenever someone utters the phrase “cover band,” my mind immediately conjures up a sad scene of social misfits in tie-dyed T-shirts and socks-and-sandals combinations, holding up lighters for a clutch of musicians playing what vaguely sounds like the Grateful Dead or Van Halen. But Los Angeles four-piece Zepparella blasts that stereotype to bits.

Drummer and founder Clementine (who goes by just the one name) originally began the project as a way to learn John Bonham’s drum parts. Now, though, the all-women Zeppelin tribute act has a decade under its belt and a diverse legion of dedicated fans. Live shows are a spectacle, as you’ll see in the video below. Ahead of tonight’s gig at RecordBar, we chatted with Clementine from the road about the magic of Zepparella.

The Pitch: Where did the idea to start a cover band come from?

Clementine: I started the band mostly because I wanted to learn the Zeppelin catalog, because [John] Bonham was a drummer that I admired and I thought it would be a way to become a better musician. I was talking to Gretchen [Menn, guitar], and she was in an ACDC cover band, and we were like, “Well, if we’re going to put that kind of time into learning the parts, we should just do it on stage.”

And here you are, ten years later.

When we started, I didn’t imagine that I would be able to play at all. I mean, the music is really hard. But we’re still so in love with the music and still really want to do it. I guess I never really imagined how things were going to out.

How do you explain the popularity of Zepparella?

I think really it’s because when we started the band, we said that we don’t have any desire to recreate a Zeppelin concert other than to play the music with as much love and passion as we felt when we listened to it. I think coming form a musical place that way, it cuts out the kitschy notes that we associate with cover bands and it makes it so that we feel that we’re doing something we have no qualms about, that we love open-heartedly as musicians. It’s been amazing to develop this music that’s given so much back to us. We’re really fortunate the people feel the way they do about the band, because we feel the same way about the music [of Led Zeppelin].

How do you make this music your own?

The great thing about Zeppelin is that they improvised a lot of their set. We’re playing the music, we’re playing the things that people want to hear and they can sing along, but there are plenty of times that we get to play as a band. We take the form and do our own thing, we write the parts but we write them in the form of Zeppelin, and it makes the band feel cohesive and like a real band.

Is Led Zeppelin your all-time favorite band? Or was that just the band that worked out at the time?

It’s definitely in my top five bands of all time. The Stones are pretty high up there for me, too. As far as drumming goes, John Bonham, I think I feel closest to his playing more than anyone else. But they’re [Zeppelin] definitely right up there. The fact that I can play so many shows a year for ten years and never get tired of the music – I’m still playing songs that I played at the very beginning and I don’t get tired of it. That’s amazing to me.

Zepparella with the Phillistines at RecordBar, Wednesday, July 9. Details here.