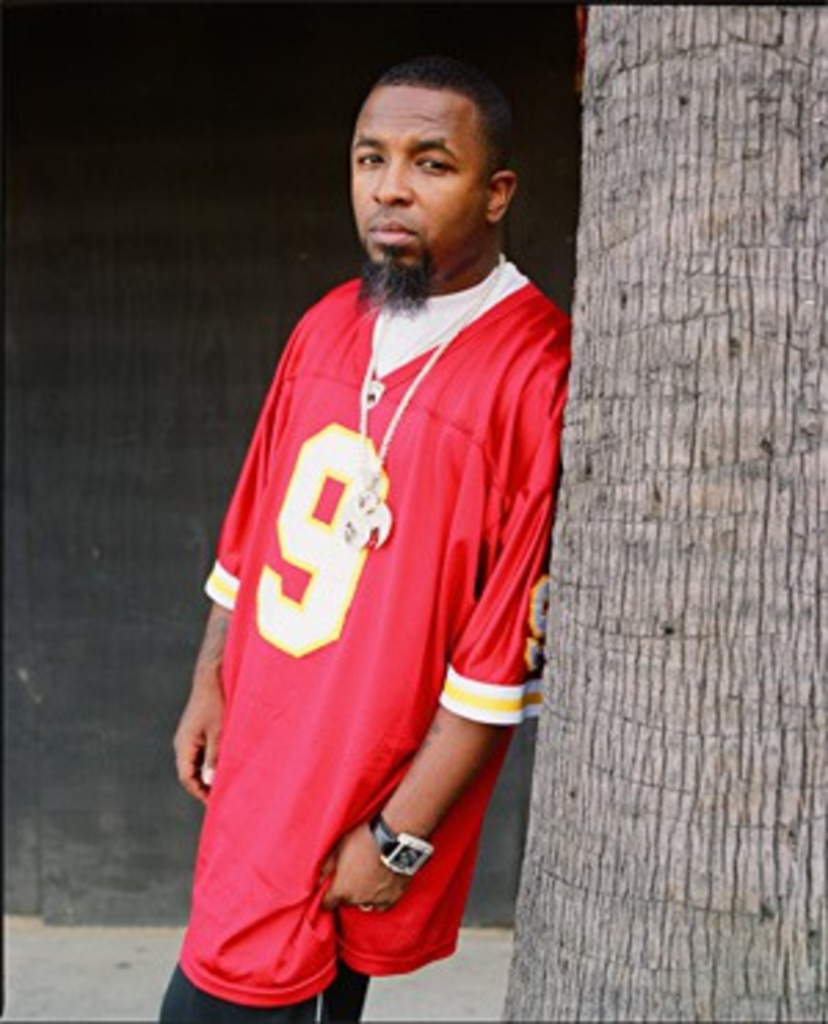 Lacking representation at South by Southwest in the recent past, Kansas City rolls into Austin, Texas, this year with a full-on circus of its best acts. The region’s hip-hop, rock and roots scenes are all sending delegates to this festival, which continues to grow in international significance. The acts highlighted below are sure to put on good shows, as are fellow Kansas City groups Vedera and Bacon Shoe. Also on the bill is James Brown protégée and First Lady of Funk Marva Whitney, who has lived in Europe in recent years but still calls KC home and seems scheduled for a Stateside comeback in ’08. Here’s a primer of the Austin-bound local acts you should look for if you’re going — or regret missing if you’re not.

If rap is a game, then Tech N9ne is one of its stranger players. His beats are dark and monolithic, and his rhymes are fierce, sexual and violent, but he’s no gangsta. He’s on an indie label and, yeah, he’s playing at SXSW, but he’s no backpacker. And he makes most of his money by touring incessantly, but he’s no rock band. Hang on, maybe what he does is rock and roll. Onstage, Tech rattles off verses at 190 rhymes per minute with a death grip on the mic and robotic movements learned from his days as a B-boy. His sidekicks (usually Big Krizz Kalico and Cutt Calhoun) know every word of their boss’s flows and keep up despite the breakneck speed. Massive beats fall like boulders, smoke rolls into the air, women get drunk and crazy … on second thought, Tech N9ne is heavy metal.

KC’s funniest entertainer isn’t a comedian. He’s a rapper. And he’s a small white guy named Mac Lethal. Born David McCleary Sheldon, Mac grew up in the suburbs of Kansas City and made his name as a battle MC, dropping put-downs and punch lines all the way to the national hip-hop festival Scribble Jam, where he won the championship in 2002 and reached the finals in ’01 and ’04. Nowadays, Mac writes out his raps, and last year he put his angsty poetry before a worldwide audience with 11:11, his debut on major indie label Rhymesayers. The album is the work of not just a razor-sharp MC but also an inveterate cynic, an outspoken atheist and a staunch proponent of beer. In other words, it’s a hip-hop milestone. Watch out, Austin.

Though folks in the region already know and love the Republic Tigers, the rest of the world has yet to hear them. And the world will be at South by Southwest, so now’s the chance for this bunch of midtown KC pop geniuses to be heard. We expect nothing less than the loudest buzz from the bloggers who catch this quintet’s staggering blend of electronics, live instrumentation, vocal harmonies, solid-to-the-core songwriting and dashing looks. Even more accolades should come the Tigers’ way when the band’s full-length debut, Keep Color, arrives in April.

The great thing about SXSW’s being down in Texas is that there’s plenty of room amid the throngs of hipsters and European buzz bands for old-timey American music. That’s exactly what the Wilders provide. Crowded around a single microphone in threads that make the fellas in Old Crow Medicine Show look like paupers (no offense, guys), this four-piece string band hollers out the honky-tonk, gospel and hymns of heartache with a rootsy dedication you just don’t see in new-fangled electric bands. The group’s latest releases are a tasty, 10-inch slab of vinyl called Sittin’ on a Jury and a remastered version of its 2006 release, Throw Down, featuring bonus tracks from the band’s in-studio performance at KEXP in Seattle.

Anodyne Records came on strong last SXSW with a landmark performance by its then-newest signee, the Meat Puppets. Over the past year, it has signed badass California rock acts the Valley Arena, Sirhan Sirhan and Open Hand. The little KC Label has also snatched up SoCal garage-soul burners the Bellrays, whose singer, Lisa Kekaula, is like a punk Sharon Jones. Unfortunately, the Bellrays won’t be playing Austin, but Open Hand, the Valley Arena and Sirhan Sirhan will be joined by beloved locals the Architects for a volcanic rock showcase the likes of which are rather rare at indie-pop-heavy SXSW. The Architects’ third album, Vice, is the band’s loudest, catchiest record so far. Look for it in May, and look for Austin to get its butt kicked.