Yoonmi Nam’s work may be about transience — the fleeting and the impermanent — but she’s enjoying a solid moment in Kansas City right now.

Her mokuhanga prints and lithographs of delicate botanical specimens, potted precariously in take-out food containers — a paper coffee cup, a popcorn carton, a styro clamshell — have flown off the walls of Haw Contemporary (1600 Liberty) and into the hands of collectors. Temporary Arrangements is on view through September 21, allowing just enough time to take in Nam’s solo exhibition there. (Also on display and worth your time at Haw: the formidable constructions by Chris Daharsh, paired in What Remains with Molly Kaderka’s supremely detailed drawings of fossils, ancient human-carved tablets and maps of the stars.)

Nam’s work is also part of Here, She Landed at Fraction Print Studio (130 West 18th Street), with Kathy Liao and Hyeyoung Shin, through October. Printed as well as cast-glass postcards continue her exploration of the ephemeral. And she turns up at Plug Projects (1613 Genessee) with a new solo exhibition opening Friday, September 16 (6-10 p.m. reception). The works in that show utilize porcelain, cast glass and paper to elevate everyday disposable objects and explore, she writes, “contradictory senses of time through materiality and image.”

Also new at Plug Friday is Say I Am, featuring the work of Lauren Frances Adams, Caroline Wells Chandler, Pixy Liao and Yvonne Osei. Together, these artists take on the not-so-good old patriarchal, heteronormative structure of our culture.

U.S.-Cuban relations may have opened up lately, but for most of us, the closest we have gotten so far is through the island’s distinctive and sometimes mythologized music and art. Cue up a fantastic new exhibition organized by the Nelson-Atkins Museum of Art, showcasing the photographs of Jesse A. Fernández, a Cuban expat who spent most of his life — 1925-86 — in Europe, Latin America and the United States. He taught himself photography while working in the ad business in Colombia in the early 1950s and made a series of photographs in Cuba at the end of that decade, just as Fidel Castro was coming to power. He also traveled in jazz circles and called dancers, writers, intellectuals and the likes of Marcel Duchamp his friends. 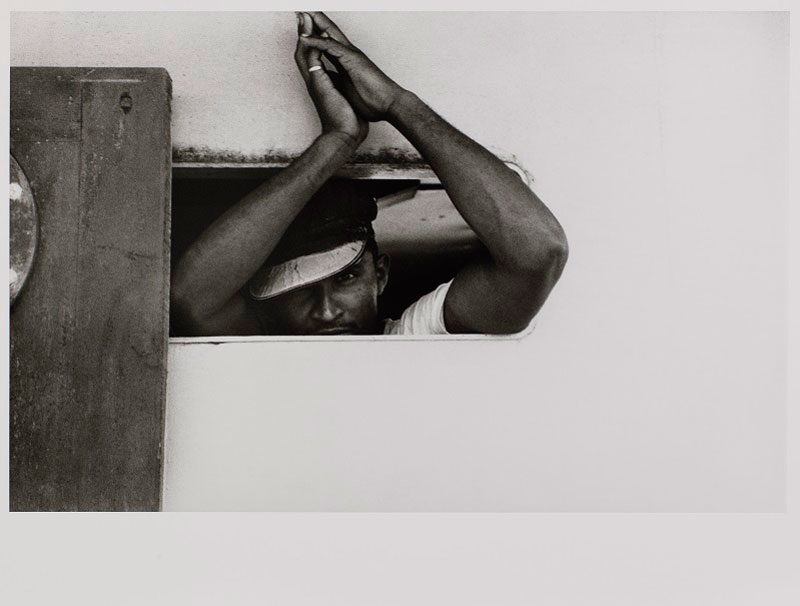 Cuba Bound: Photographs by Jesse A. Fernández is fanning out to three locations.The Nelson (4525 Oak) is showing his photographs of artists and kicks off with a Home Is Where Havana Is party from 6 to 9 p.m. Thursday, September 15, featuring Latin jazz by Calle Vida, salsa dancing from the Kansas City Dance Club, vintage cars from the KC Automotive Museum, spoken word from the Latino Writers Collective, and more. A display of Fernández’s photos of famous writers opens the same day at the Kansas City Central Library (14 West 10th Street), and his works spotlighting notable jazz musicians and singers opens September 16 at the Gem Theatre (1615 East 18th Street). The exhibition marks the first and largest compilation of his work ever to be shown in this country, and it runs through the end of the year.

September 15
The Disconnected Undercut
The Drug Store (3948 Main)
Funded by a Rocket Grant, the Father-Daughter Confessional kicks off with Cut Your Hair in the Socialist Style. Watch artists Dylan Mortimer and Misha Kligman get barbered at 7 p.m. during a conversation of “heady” topics: sports as collectivism, art as individualism, banners and apartment art, alternative socialism, untitled conceptualism in the face of oligarchy. Social time begins at 6 p.m. — bring your opinions.

There Then — New Work by Travis Pratt
Greenlease Gallery (Rockhurst University, 1100 Rockhurst Road)
The opening reception begins at 6:30 p.m. with a talk by the artist, who presents large-scale paintings inspired by the cypress roots and black waters of the St. Johns River in Geneva, Florida.

September 17
Passing Me By: Snapshots of Northeast 1996 to 2016
Corinthian Hall (3218 Gladstone)
Running through October 15, images created by Bryan Atkinson in the historic neighborhoods east of the Paseo, and spanning both sides of Independence Avenue, show change, beauty and grit.