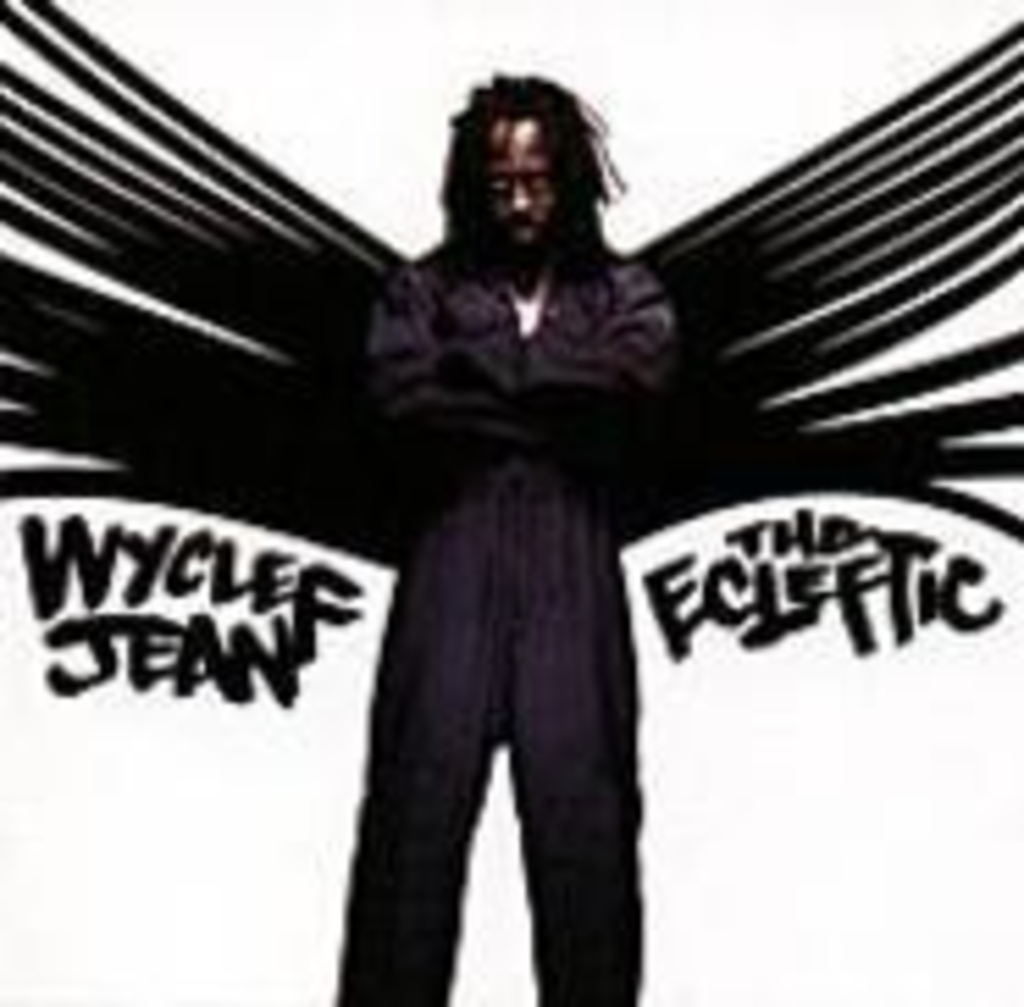 Wyclef Jean has some valid reasons for beefing about lack of respect. His brilliant debut, Wyclef Jean Presents the Carnival, received much less hype than his Fugee bandmate Lauryn Hill’s less adventurous Miseducation, and it’s likely that, as he implies on the opening track of The Ecleftic, some bigwigs at his record label greet his solo records with impatience in anticipation of the reunion of his 11-million-selling group. This skit segues into “Where Fugees At,” during which Wyclef raps Lauryn, if you’re listening/Pras, if you’re listening/Give me a call over a smooth, winding beat. Some of the 17 hit-and-miss cuts that follow might have listeners repeating that song’s title in all seriousness, but Wyclef’s diverse efforts establish him as hip-hop’s true renaissance man, failing only where no other MC would dare venture.

Wyclef certainly deserves props for rapping with a conscience, as few commercially viable hip-hop artists have the activist spirit and emotional range to deliver an epitaph as touching as his “Diallo.” He speaks directly to the thug-life crowd over thumping backdrops, urging chill with the gunplay with the cautious, stern tone of a concerned father. Wyclef also criticizes his platinum-capped-teeth-flashing peers for their out-of-control materialism, inviting pro wrestler The Rock onto the record to shout down such bling-bling boasts as I got 50 Bentleys in the West Indies with an unimpressed “It Doesn’t Matter.” Unlike Eminem, who reveals the same disdain for such antics on his “Marshall Mathers” but keeps his criticisms vague lest he offend someone more dangerous than ‘N Sync, Wyclef is brave enough, and loves hip-hop enough, to tell it like it is at the risk of offending a few Cash Money millionaires.

Much has been made of Wyclef’s dabbling in other genres, and he’s both a capable guitarist and a soulful singer, but setting the vocal track to Kenny Rogers’ “The Gambler” to a breakbeat from Pharoahe Monch and drenching Pink Floyd’s “Wish You Were Here” with reggae flavor serve more as amusing diversions than tributes to his talent. When addressing well-worn topics using traditional musical avenues, as on the booty-shakin’ “A Perfect Gentleman,” which pairs a “Whoomp! There It Is”-style pulsing club beat with the ambient polish of “Ray of Light,” Wyclef falls back into the pack. However, when he deals with issues in which he clearly has an emotional investment, the man often touted as the next Bob Marley shines, with lyrics that ring with stirring conviction and creative, undeniable beats that ensure his message will reach its intended audience.