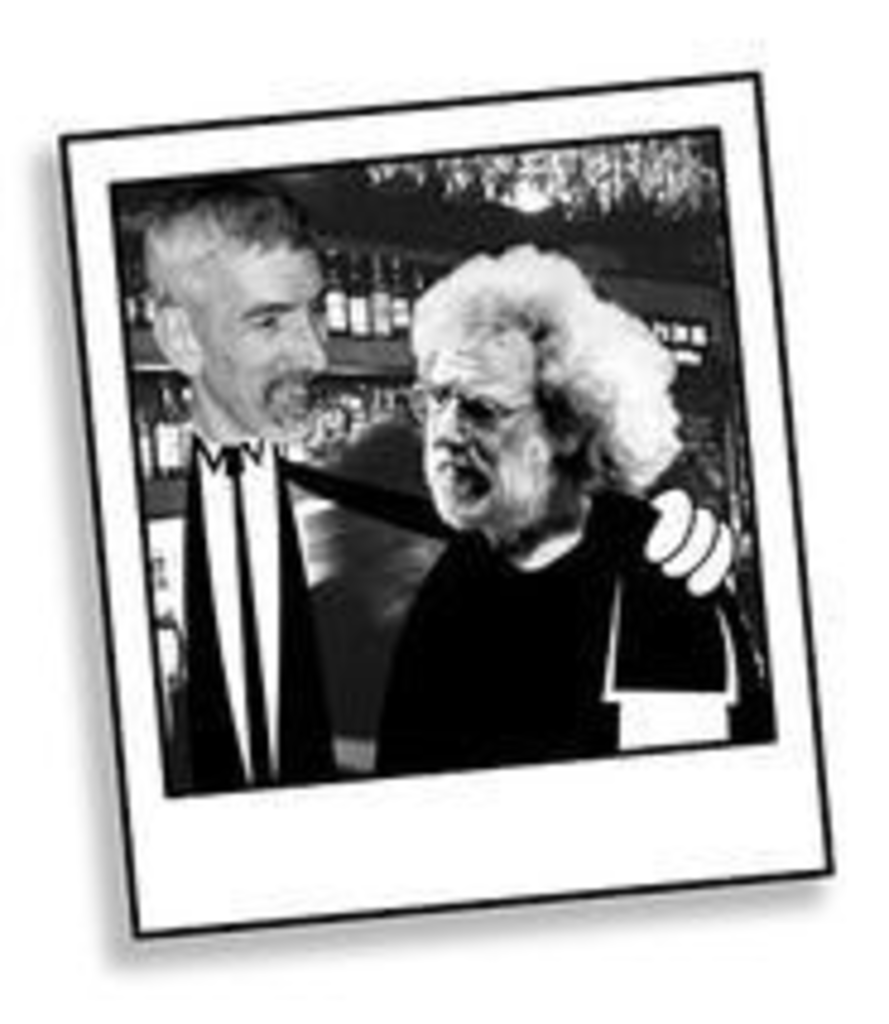 Mark Funkhouser trudged through the downtown twilight. Construction workers had all gone home for the day, and he kicked at a chunk of concrete along the sidewalk in front of what, next spring, would be a fudge factory in the new entertainment district.

Funk was bummed. This whole mayor thing was turning out to be not so fun. Mostly, it was just one boneheaded early decision that kept coming back like too much red cream soda at Arthur Bryant’s. His parks board was turning out to be a disaster, mostly because he hadn’t done much of a background check on matronly ol’ Frances Semler, who turned out to be a goddamned Minuteman.

First this enraged the local Latinos — understandably so, Funk thought, and he felt bad about it, but you can’t just unappoint someone because you disagree with her political views. Now, two national organizations, La Raza and the NAACP, were threatening to cancel their conventions in Kansas City over the next few years. It could cost the town $15 million in convention business, just as downtown would be taking off. The expanded convention center, the new arena, this city-backed entertainment district — all of that stuff depends on every last tourist dollar to pay for itself!

Then, while the mayor was driving his kid to college on the West Coast, the board had killed a citizen-led push for a freakin’ off-leash dog park. In crafting some new anti-dog-park rule behind closed doors and shutting off debate, the rookie parkers had violated everything Funkhouser thought he stood for.

Funk wasn’t even sure what he stood for anymore. All he’d wanted to do was make the city run smoother, fix what was broken, spend money on things that matter and make people happier. All he’d ended up doing, it seemed, was make people madder.

Funkhouser would never let anyone see him in this state, but as he plodded dejectedly through the almost-finished Power & Light District, he didn’t know what to do.

Then something strange happened. In the coral light of the sunset, an apparition began shimmering down the block. As he neared it, he could see that it was a bearded, gray-haired fat man in a tie-dyed shirt. Part of the middle finger on the man’s right hand was missing.

“You called?” the vaporous man said in a small, raspy voice.

Funk, a pretty rational guy, had trouble believing what he was seeing. After all, Garcia had been dead for 12 years. “OK, a few weeks ago I told the Star that I’d rather see the Grateful Dead open at the Sprint Center instead of Elton John, but that was just a doofusy thing I told a reporter.”

“You should be careful what you say, man. People take stuff seriously.”

Funkhouser shook his head and just kept walking. This couldn’t be happening.

Jerry floated alongside. “Trouble ahead, trouble behind, huh.”

Jerry held out an enormous joint.

Funkhouser stared at it for a second, caught a fragrant whiff. Yep, all of this was real. His heart sped up.

“Nah, thanks. But I could use some advice.”

“Let me guess,” Jerry said, and took a big toke. “Your mother sends back all your invitations. You’re tired of yourself and all of your creations.”

Funkhouser looked at him. “Sorta. One of my appointees is turning out to be more trouble than she’s worth.”

“I know. I’ve been watching the Semler stuff from on top of a rainbow parked out near Bonner. I wish they wouldn’t have changed the name of Sandstone to some weird-sounding, made-up-name corporation. But I like this town. I always get off on hanging out at Volker Park. I liked what the kids wrote about me in chalk on the sidewalks, back when I passed.”

“Oh, man, sorry.” He took another hit, contemplatively holding in the smoke. “That Semler stuff, that’s not cool, man.”

“I mean, I keep telling everyone: The woman has a right to her opinion,” Funkhouser went on. “And if I got rid of her for having an unpopular opinion, then, hell, I could be forced to get rid of anyone with unpopular views on one social issue or another. Who determines what’s politically correct? One day it’s your side, but soon enough, it’ll be the other side. So even though I disagree with her, I don’t think it’s ethically right to get rid of her.”

“I dig that,” Jerry said. “A friend of the devil is a friend of mine.”

Funkhouser glared at him.

“That dog-park stuff, that’s not cool, either,” Jerry went on. “When you were running for mayor, you filmed a home video with your new little puppy to make the town think you had a heart.”

“But I do have a heart!” Funkhouser’s anguished scream echoed off the hard, shiny glass of the Sprint Center, bounced across to the Star‘s printing press and rippled all across the metro.

As the echo faded, they gazed out over the Interstate 70 canyon.

“You got your chips cashed in?”

“Sometimes your cards ain’t worth a dime if you don’t lay ’em down.”

“Jerry, what are you talking about?”

“Look, I don’t know about all this political stuff, but what if you just tossed out the whole board and started all over again?”

“What? Sweet sugar magnolias, Jerry. Are you out of your mind?”

“Aww, man. I may be high, but I’m no dummy. Think about it. From what I can see, this dog-park thing could work to your advantage. What did you say when you started your campaign? That the most important element of good government is transparency, right? The parks board broke your number one rule, man.”

“It was the whole board that screwed the pooches. And because they didn’t appreciate the sacredness of open government and the democratic process, you could wipe the slate clean and name a whole new set of people who do. That would solve a lot of your problems, man.”

Funkhouser looked down at the roach now smoldering between Jerry’s thumb and forefinger. He rubbed his head, pulled at his goatee. This whole thing was just so uncomfortable. Maybe he was hallucinating. He wished he’d been hallucinating these past four months.

“You know,” Jerry said, “it’d be the sort of bold move that people might expect from you. And respect you for. Besides, man, there’s something spiritual about just starting clean.”

He put the roach to his lips and sucked in the last hit of bud. “I’m outta here,” he said. “I gotta go find some ice cream.”

And with that, the fat man evaporated in a rainbow-colored sparkle.

Funkhouser headed back to City Hall. If he got home before daylight, he just might get some sleep tonight.