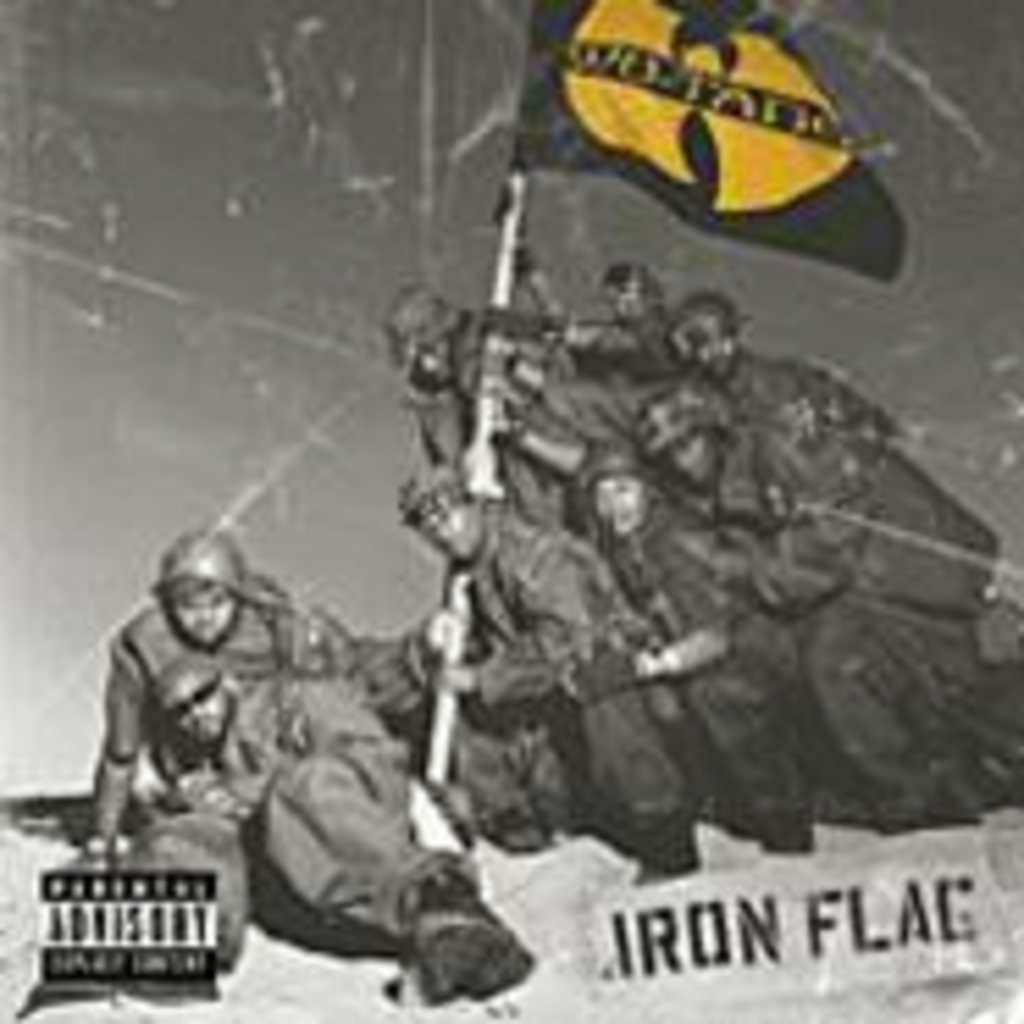 What makes the Wu-Tang Clan so distinctive is that it embraces confusion in a genre that normally avoids it like the reefer-mad Method Man ducks urine tests. After all, hip-hop has long prided itself on being direct. I don’t rhyme for the sake of riddlin‘, Public Enemy’s Chuck D spat in the late ’80s, epitomizing rap’s former emphasis on the clear presentation of knowledge and viewpoint.

But as the art form became increasingly commercialized in the early ’90s, the Wu sought to bring things back underground and add some ambiguity to the form. Boasting nine quixotic rhymers (each with a phone book of pseudonyms), arcane kung fu references and a half-assed numerology, the Wu possessed an unprecedented affinity for keeping rap audiences guessing.

That fondness for perplexity manifests itself on Iron Flag. After inviting guest MCs on board for the first time to buoy last year’s superb The W, the Wu scales things back on Flag, with only Flavor Flav adding some convulsive, Ritalin-deficient shouts on “Soul Power” and Ron Isley lending his satin voice to “Back in the Game.” Also absent is Cappadonna, the longtime unofficial tenth member of the Wu, who doesn’t even make the band photo this time around.

The result is perhaps the Wu’s most consistent effort since its debut. This isn’t to suggest that the disc is without its shortcomings. “Iron Flag” bears more than a passing resemblance to Wu-Tang Forever‘s “Scary Hours,” and “Dashing” is yet another failed stab at ghetto humor destined to take its place alongside “Conditioner” and “Dog Shit” among the band’s most forgettable cuts. Nevertheless, the Wu’s scintillating, septic soul seeps through this disc. Combined with the group’s lyrical shadowboxing, it makes for an album as bewildering as it is booming.