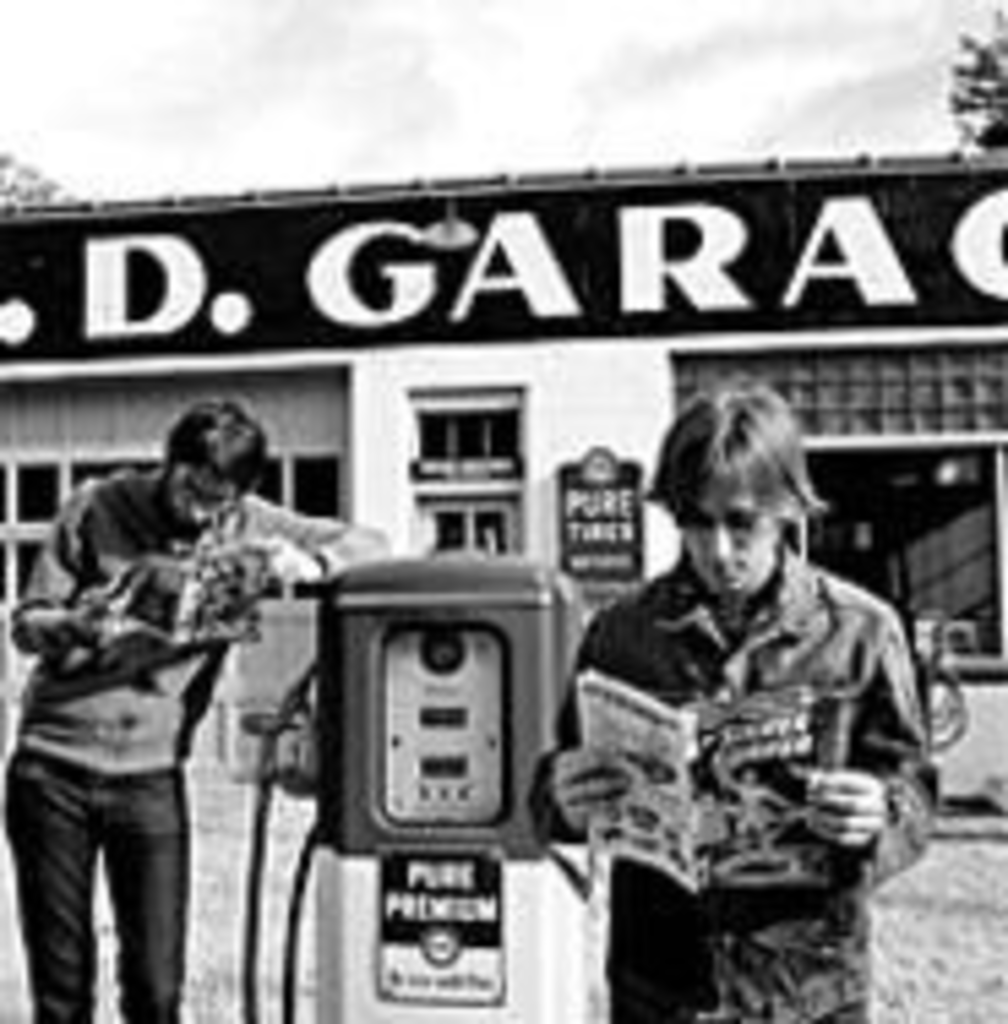 Akron, Ohio, is the type of rust-belt city that teenagers with big dreams ache to leave as soon as they receive a diploma. Lying an hour or so south of Cleveland, it’s home to a minor-league baseball team (the Indians-affiliated Akron Aeros), the Goodyear blimp, and the ghosts of factories past and present.

But oddly enough, the former Rubber Capital of the World also is the hometown of some of new wave’s biggest names — Devo, the Waitresses and Chrissie Hynde of the Pretenders — who have managed to rise above the dingy backdrop of the town’s industrial sector with Technicolor innovation.

This entanglement of music and manufacturing seeps into the music of the Black Keys, an Akron duo of vocalist-guitarist Dan Auerbach and drummer Patrick Carney who still live and record in the metropolis. A rock-and-roll pair frequently compared with wizened old bluesmen and fellow bass-less wonder twins the White Stripes, the Keys mix shuddering drums and scorched-earth riffs to encapsulate their town’s blue-collar, unpretentious roots.

“It’s only helped us, being from Akron,” Auerbach says. “When you’re in a big city, you just get lost too easily in the crowd. Coming from a town like Akron, it’s a good place to be able to live and work and have family there. It’s still [a] slow-paced kind of town. Calm.”

But a close-knit community doesn’t necessarily translate into an incestuous music scene in Akron.

“There’s no real cliquey kind of thing,” Auerbach claims. “All the bands are different. Every band that comes out of this [Akron], that I know of right now, all sound totally different. Which I think is pretty cool. A lot of times you get specific parts of the country that get associated with one specific sound, but it’s really different here.”

Auerbach and Carney naturally chose a place just as unorthodox as their hometown to create the Black Keys’ third album. Renting the top floor of an old rubber factory in what Auerbach calls one of the more “depressed” and “gloomy” parts of Akron, the duo spent two months mixing, recording and mastering the disc titled, naturally, Rubber Factory.

“The rooms that were not rented out were pretty run-down,” Auerbach says. “It was all old office building and laboratories. There were old, creepy, run-down laboratories with broken glass everywhere. A bunch of ceilings were leaking, there was dripping water and shit. It was pretty weird. It worked out well for us.”

Factory is indeed a worthy successor to the band’s 2003 breakthrough, Thickfreakness. Dogged blues licks, white-hot flashes of grinding garage rock and Auerbach’s wise-beyond-his-20-something-years growl make songs like “10 A.M. Automatic” and “When the Lights Go Out” feel as humid as a Cajun swamp. Other bits of rich instrumentation — lap steel on “The Lengths,” sludgy handclaps dotting “Just Couldn’t Tie Me Down” — and a twanging cover of the Kinks’ “Act Nice and Gentle” crackle with vintage flavor.

“We didn’t really want to improve, we just wanted to make a new record,” Auerbach says. “I don’t know, the way we work is we just go in and try to do what comes naturally and not think about it too much. So, on any given day … on any given week, we could come out with a different album that would sound different.”

The stocky vocalist learned lessons about sonic fluidity from his formative listening years when he absorbed rap, classic rock, Motown and his parents’ Billie Holiday records. In fact, such diverse interests lend credence to one of Auerbach’s more startling statements; namely, he doesn’t consider the Black Keys a blues band.

Still, this refusal to narrow the frame of musical reference also explains why the Black Keys fit in so well with such recent, diverse touring partners as politico-punks Sleater-Kinney, folk weirdo Beck and emo warrior Dashboard Confessional. Auerbach laughs when asked the biggest thing he learned from all of that gigging.

“Don’t tour so much,” he chuckles. “It’s unhealthy. Yeah. We killed ourselves last year. There was stuff that we could just not turn down, but it was really overkill on us. We didn’t have any time to relax, to write new songs or anything like that. So it was pretty difficult. It was worth it in the end, it paid off, and we made headway and all that. And it was great to be able to play shows and get to different cities. But we should have taken a little bit more time in between tours.”

The Black Keys are planning to pace themselves in the future. But like the hard-working Midwesterners that they are, this means stopping in Europe and the U.S. in the fall, Australia in early 2005 and “maybe trying to go to Japan somewhere in there, too.”

Still, for the down-home duo who mowed lawns before finding a commercial niche, hitting the road for a living is akin to nothing less than the fulfillment of an American dream.

“Even just having records come out was exciting because we never expected it to happen,” Auerbach says. “It was never one of our goals. Everything’s completely a surprise. It was great to be able to play in England, it was incredible to go to Australia. To get paid to play music, it’s pretty incredible.”