Wonder Woman 1984 is a fun, overstuffed throwback that can’t reach the original’s heights 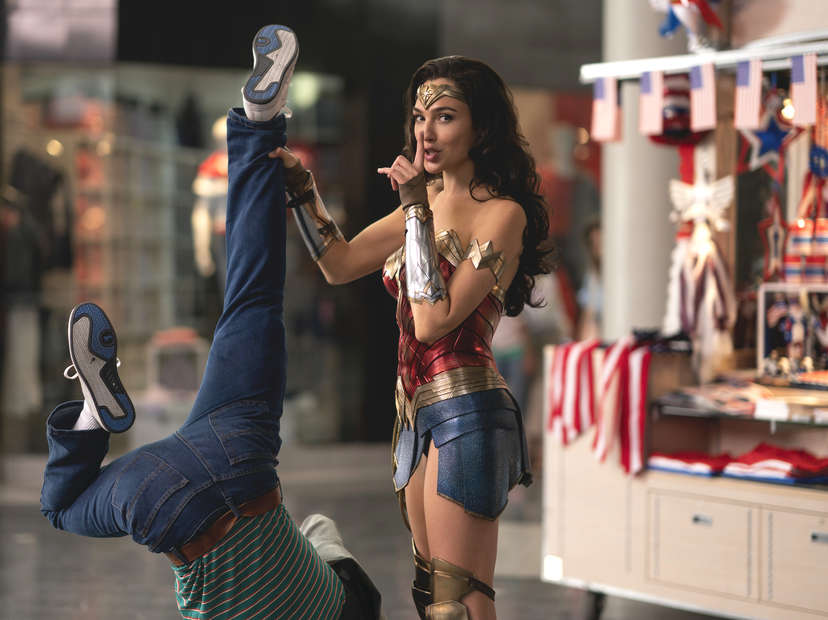 When Patty Jenkins’ Wonder Woman hit theaters in 2017, it was an undeniable game-changer for mainstream superhero films. Gal Gadot’s memorable turn as the beloved DC character overwhelmingly illustrated modern audiences’ interest in blockbuster adventures featuring female leads, paving the way for Captain Marvel and the recent Birds of Prey. The movie’s big heart and boundless optimism were also a major breath of fresh air for DC, whose recent installments have often been bogged down by dreary, pulseless world-building. Jenkins leans on Wonder Woman’s deeply human spirit to serviceable effect in Wonder Woman 1984, even if an overstuffed plot and tedious final act keep it from reaching the heights of the first movie.As the title makes abundantly clear, this sequel picks up nearly seven decades after its predecessor, bridging the gap between Diana’s wide-eyed optimism in 1918 and her cooler self-assuredness in 2016’s Batman v. Superman.

The film opens with a criminally short detour back to the mythical island of Themyscira, as a young Diana (played once again by a perfectly cast Lilly Aspell) learns a valuable lesson about the dangers of cheating during an Amazon tournament.

Then it’s full-steam ahead to ‘80s D.C., where our heroine spends her days studying artifacts at the Smithsonian, with an occasional detour to tackle bad guys. Gadot layers a pallor of sadness around Diana this time around, reintroducing audiences to a woman who, although she retains her compassion and charm, has grown into a distant loner. More than anything, the goddess still yearns for more time with the one mortal who’s ever truly understood her—her long-lost love Steve Trevor (Chris Pine), who sacrificed himself to help save the world at the end of Wonder Woman.

Also feeling out-of-sync with the world is her mousey colleague Barbara Minerva (Kristen Wiig), a self-loathing gemologist who latches onto the goddess’s graceful poise and seems unsure about whether she’d rather be near Diana or actually be Diana—in a strictly platonic sense, of course, since we’re dealing with a studio blockbuster.

The women’s far-flung dreams suddenly become very plausible when the Smithsonian receives rare treasures that Diana intercepted from a recent mall robbery. Most alluring of all is the MacGuffin, a kitschy ancient stone capable of granting magic wishes. Diana and Barbara just so happen to share their deepest desires in front of it, and voila—Barbara can suddenly effortlessly draw attention in five-inch heels, while Steve suddenly surfaces in the ‘80s with a deep awe for escalators and Pop-Tarts alike. Meanwhile, loser conman Maxwell Lord (Pedro Pascal, hamming it up) begins to covet the stone for his own greedy ends—and ultimately leads the film into more glutted superhero fare in the process.

Wonder Woman 1984 is at its best during its brisk first hour, which incorporates fun set-pieces that tie perfectly into the low-stakes fun of retro superhero tales, before everyone became so self-serious about saving the universe. Although Pine is saddled with some cheap comedic quips that so often riddle Marvel films, he and Gadot once again have a winning rapport as their original fish-out-of-water dynamic gets reversed.

It’s even more delightful to watch Wiig imbue her expert comedic cringiness with a darker undercurrent of envy as Barbara. Watching her character go from insecure nobody to vindictive feline anti-heroine is in moments wonderfully reminiscent of Michelle Pfeiffer’s brilliant Batman Returns performance, bringing out intriguing shades of Diana’s immortal ego when Barbara starts to rise to her level.

Diana and Barbara struggling to be women who “have it all” in a world where that stature often inevitably comes with a price would’ve been enough to carve out a satisfying Wonder Woman sequel, so it’s a shame that Lord’s mustache-twirling schemes eventually muddle the story so much. Although the TV personality’s pathetic grasps for power clearly mark him as the DC stand-in for a certain president, he’s also meant to embody the dire ripple effects of Reagan-era consumerism—as young Diana learns at the beginning, cutting corners to get what you want often has a monkey’s paw effect. That’s all fine and good for a social satire, but the movie already has so much plot that Lord’s arc takes crucial time away from fresher storylines and winds up dully underbaked at the same time.

That’s not to discredit Pascal, who gamely rises to the challenge of playing a larger-than-life ‘80s supervillain in a way that’s particularly enjoyable given his subtle, helmeted acting on the past few seasons of The Mandalorian. It’s just a shame that a more rudimentary angry boy who wants to rule the world storyline dominates the film’s back half in a way that feels jarringly out of step with the leisurely, old-fashioned superhero world that was so set up at the beginning.

There’s also the fact that Wonder Woman 1984 inherits the same fatal flaw as the 2017 installment, in which a messy, CGI-filled final battle that seems to be a DC requisite sticks out like a sore thumb amid Jenkins’ ordinarily deft direction. At least this time the slow-motion action shots that the original was so fond of are largely gone. Plus, the scene is so mercifully dim that it’s hard to tell what exactly Wonder Woman and Barbara’s Cheetah are doing anyway.

Even though it falls into several genre shortcomings, the Wonder Woman films continue to set themselves apart from many of their counterparts with their quietly human authenticity—little moments like Diana winking at a little girl while catching a burglar ultimately accomplish much more than an explosive CGI battle or hyperbolic villain monologue ever could. If we’re going to exit a largely blockbuster-less 2020 and plunge back into nonstop superhero content in the coming years, at least our entry point back into things often manages to endearingly fly above the sum of its parts. 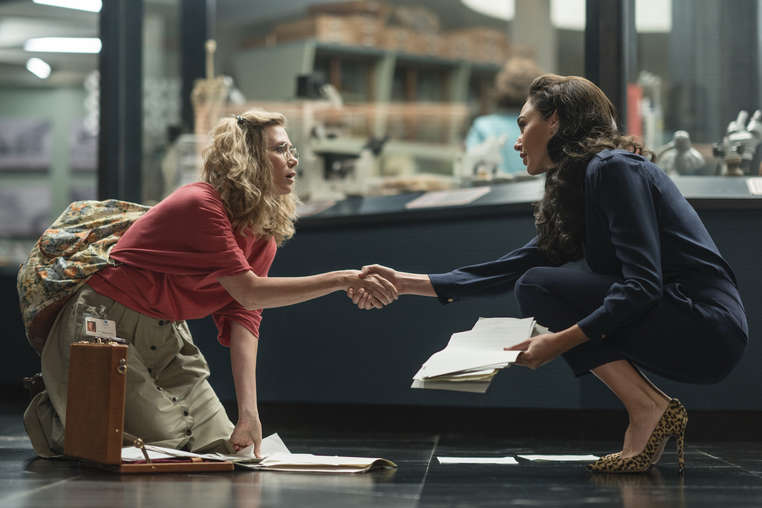