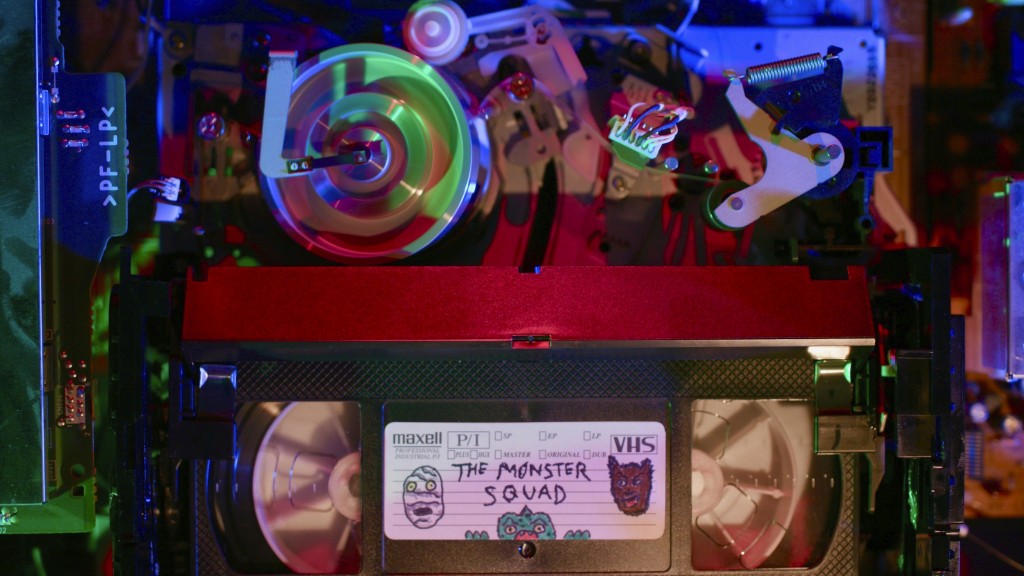 Besides having the best title of the year, Wolfman’s Got Nards is an enjoyable love letter to the 1987 cult classic The Monster Squad. Even if you haven’t seen Monster Squad (I hadn’t), documentarian Andre Gower effortlessly explains the obsession for the 80s monster mashup by showcasing an impassioned journey of how the film has reached its beloved status even after its initial theatrical flop.

The answer to how a film goes from a financial failure to selling out theaters 33 years after its release, lays with a fervent fan base. Wolfman’s Got Nards shows how a fanbase can become the heart of a film and even if you’re not the biggest Monster Squad enthusiast yourself, there is a joy in watching others discuss what they love and allowing for self-reflection on the pieces of entertainment that warms you up in similar ways.

Directed by Fred Dekker and co-written by Dekker and Shane Black, The Monster Squad is a family horror film about a group of young monster fanatics taking on Count Dracula and his gang of ghouls to save their hometown. Described by Dekker in the documentary as a Goonies Meets The Universal Monsters, Monster Squad captures the family fun feeling prevalent in ‘80s film while also paying homage to the Monster Films that Dekker and Black loved growing up.

On paper the Monster Squad seemed destined for great success, however, its release resulted in a massive flop, suggested to be due to a plethora of reasonings from bad marketing, strict enforcement of the PG-13 rating, and the release of The Lost Boys only two weeks earlier.

Despite the film’s unfortunate timing, The Monster Squad has found cult success in the years that followed and to this day is honored as a quintessential cult classic. Wolfman’s Got Nards provides anecdotes of the making of Monster Squad but uses most of its runtime to give fans a voice in why they loved the film when others didn’t and how the film’s legacy has grown to where it is today. The film finds great success in highlighting these voices through the use of talking heads and compilations of fans attending modern screenings of The Monster Squad.

Any of these said fans, could easily go-on professing their love for the film longer than the documentaries own runtime. Credit goes to Gower and the film’s editor Henry McComas for keeping the film at a sharp short runtime.

There is little argument to be made that Wolfman’s Got Nards fails to accomplish its goal and is not brimming with heart. All of that is true and is how the film finds its greatest strengths. Beyond that though, there is little to be found in the documentary. While there isn’t much more to exactly look for, the film deserves criticism for being void of filmmaking substance. As a tribute to a devoted fandom and the film that they love, Wolfman’s Got Nards is wonderful.

As a documentary itself, it’s slightly below average. The filmmaking aspects are bland. The pacing is sporadic with seemingly no purpose, the cinematography fails to have memorability, and fails to find new things to say as it progresses. The premise is enjoyable and has great merits, but it is presented in a dreadfully repetitive way. Different bits are simply strung together, making the film feel more like glorified bonus features on a DVD rather than an impactful feature on its own.

Even though Wolfman’s Got Nards displays heightened emotions of happiness, the film overall fails to create much of an emotional connection. It’s exciting to see people excited but for a documentary to have weight, there needs to be audience investment that triggers a response. Wolfman’s Got Nards never fully grasps this, making it difficult to stay entertaining throughout.

This needed emotional connection is fully developed in the segment over the late Brent Chalem. Chalem played Horace in The Monster Squad and tragically died at the young age of 22 due to medical complications.

The documentary explores how the character of Horace has a special significance to many children who identify with him. Horace is overweight and constantly teased for it, at the end of the film though, he is the one who channels the most internal strength and saves the day. Multiple interviews in the documentary showcase how seeing that character meant the world to so many children who saw themselves as Horace. This is heartbreakingly followed by interviews of the cast and crew and The Monster Squad devastated that Chalem isn’t here to see the film’s rebirth and how he positively shaped so many young lives.

Another positive of the film comes from Monster Squad director Fred Dekker struggling to acknowledge his film as a cult hit rather than just a quality film that no one saw at the time. The film briefly explores what it means for a film to be a cult film and you can see the pain in Dekker’s eyes that he has to submit to his film as being of that status. Dekkers dances around a cult film exactly is and the negative connotations that get associated with it regarded as one. These scenes are awkward but refreshingly contradictory to the constant praise it gets throughout.

Watching a filmmaker struggle with how their work is perceived is massively compelling and not something you normally see in front of a camera.

You can order the film via this link.