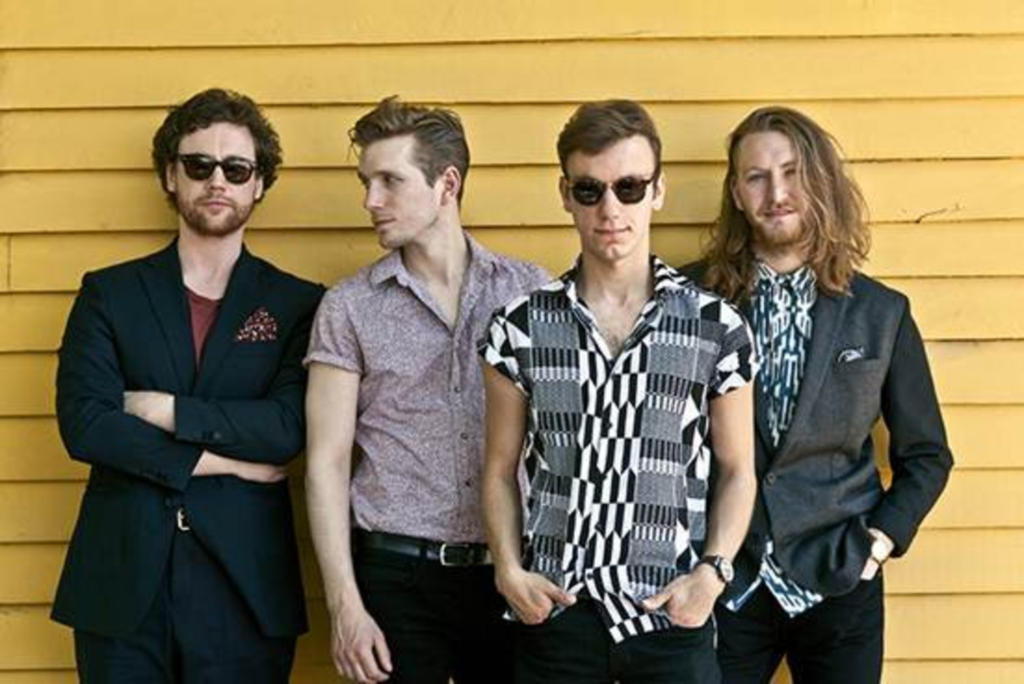 Though his years in the music industry are short in number, Max McElligott of British rock outfit Wolf Gang is very aware of the power of recollection and growth, especially when it comes to his music.

In 2011, when McElligott was a student at the London School of Economics, he felt the need for a change and elected to take a break to pursue a career in music. That year, he recorded an album called Suego Faults – singing and playing all the instruments himself – and released it as Wolf Gang. Change came swiftly after that release, and McElligott has fleshed out his band since.

We chatted with McElligott on the phone ahead of Wolf Gang’s show on Monday night at Riot Room with Sir Sly and Secret Someones.

The Pitch: How has your life changed since you first decided to dip your toes into the music scene?

McElligott: Well, massively I’d say, it’s been a big one [change], yeah. I was 21 when I kind of got up to that point [of being ready to change], and I had been studying at university. And at the point, I wasn’t necessarily sure what my path was going to be or where it would go. It all happened quite quick [after the release of Suego Faults]. Since then, I haven’t really thought or had a chance to think about anything else. It’s all been a huge change.

Tell me about the transition you went through after taking a year off from school to do music.

I guess, in my last year at university, I wasn’t as focused as I had been in my first year. I was beginning to think more and more about going into music. I became more enamored with music than my course in university. In fact, I was silly-focused on music. Everything changed after that. I put a lot of pressure on myself to do well, musically, and the situation itself was very dramatic. I made my parents very angry when I decided to leave my course during the last year, and friends were raising eyebrows, questioning if I’d done the right thing. But I worked really hard to do the right thing, and eventually things changed for me quickly with the music. It became very serious at that point, after Suego Faults, and I started to do well in my choice.

You studied social anthropology at college. How did those studies influence your music?

They have in a funny way. It’s such a colorful degree, anthropology. You learn so much about what people do all around the world and why they do those things. You learn about questioning everything, really. And then you question everything, and the things you take for granted. I think, sort of, that has helped form who I am as a person, and that has affected the songwriting. There’s so much imagery from when I write songs, that I think there must be some direct link. Anthropology is such an imaginative degree, and the first album was quite imaginative, so there’s definitely a close link to that.

How has your opinion of the music industry changed since you first were introduced?

It has really changed a lot. I’ve learned a lot. It’s been a very steep learning curve. When I was 21, I didn’t have much experience, and then I signed a record deal within six months after dropping out of university. I had to learn a lot very quickly, and the more people you work with and meet, the more you learn. I worked with a lot of really great people at my first record label, originally, and now at Cherrytree and Interscope, as well. It’s great that the industry still gives you the platform to put the music out there.

What has been the biggest change for you since you released Suego Faults three years ago?

At the time, parting ways with Atlantic Records [in 2013] was huge. At that point, I had a certain degree of youthful naivety and I realized that, OK, nothing really happens that easily. And from that moment, you have to pick yourself up. It worked out for me, because I was able to pick up, but there was a moment before there when I sort of faltered. Having initial self-doubt and having to regather one’s strength and keep fighting forward is huge.