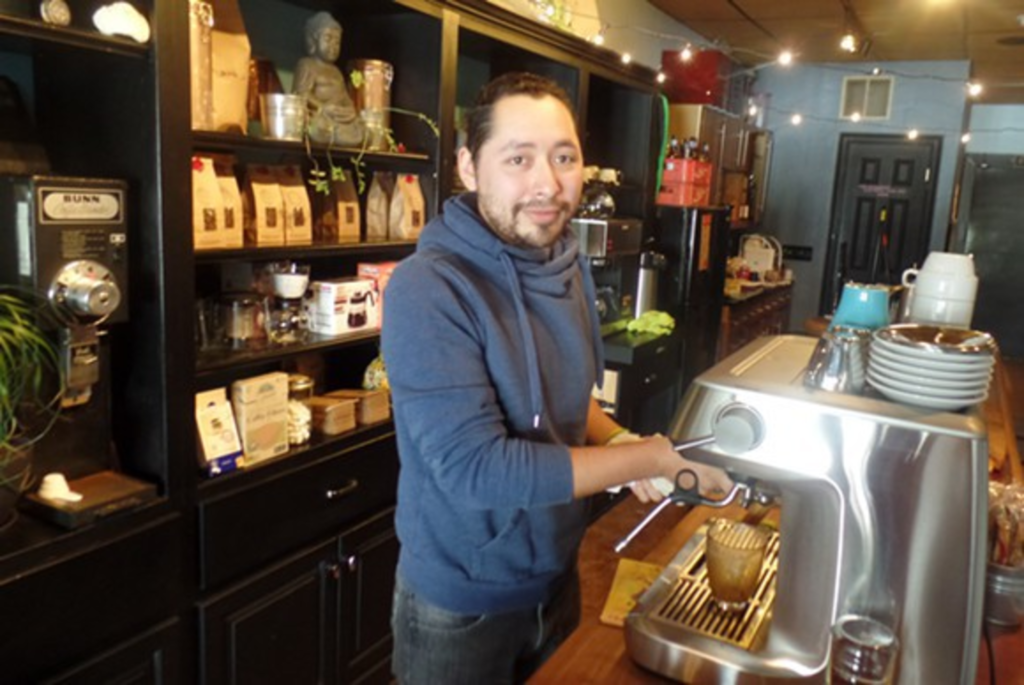 If you happen to know where the young midtown entrepreneur Zaid Consuegra can get his hands on an inexpensive used three-compartment sink, you may save his four-month-old coffeehouse, Pirate’s Bone, at 645 East 59th Street, from walking the proverbial gangplank.

Last Friday, Consuegra was forced to put a sign on his shop’s front door, announcing that the venue was closed for renovations. The 26-year-old barista closed it over the weekend — his peak business times — and is still trying to track down a three-compartment sink that he can afford.

“The Health Department says I can’t reopen until the sink is in place, which means some readjustment of my kitchen space here,” Consuegra says.

Consuegra, a native of Mexico, opened Pirate’s Bone on the very slimmest of budgets (he hasn’t even been able to afford a real sign over his front door) and has been surviving on the tips he receives from customers, because he can’t afford to pay himself a salary.

“New three-compartment sinks retail for about $700, which I can’t afford,” he says. “But I haven’t been able to find a used sink that I can afford, either. And if I do find a sink, I’ll have to install it myself.”