There’s noir, then there’s the gaping void. This is the later. 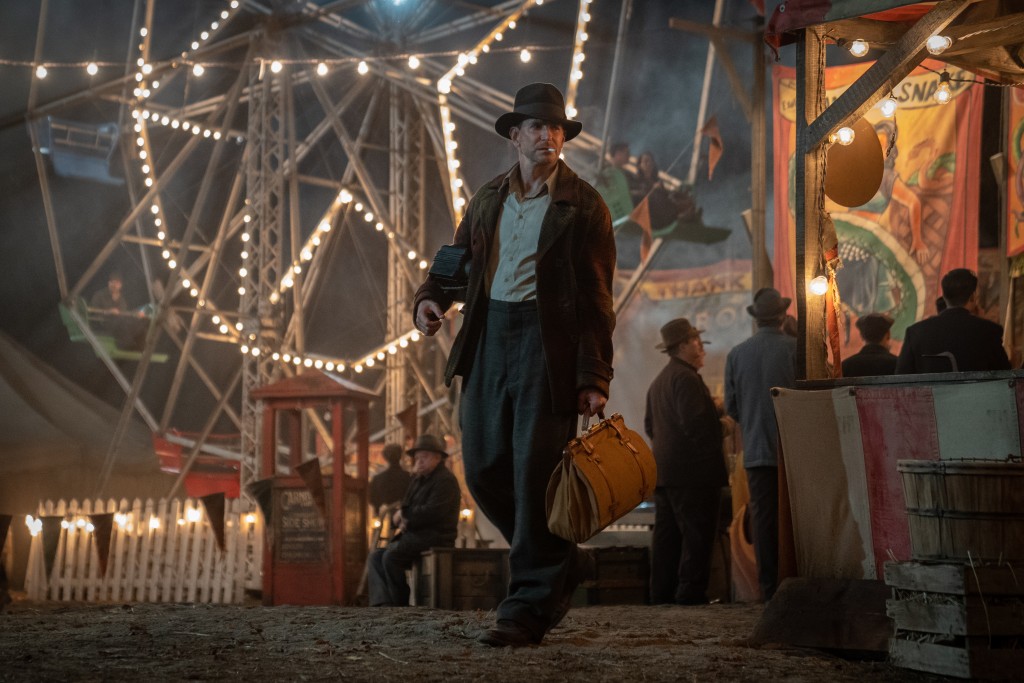 People are anxious to show you who they are.

“Every boy had a dog,” he tells Stan.

That subtle difference communicates a lot about what separates del Toro’s current adaptation of William Lindsay Gresham’s novel from its previous incarnation. In all its forms Nightmare Alley is a dark, cynical tale.

This time, however, rather than suggesting the possible existence of innocence and joy, del Toro’s vision of human rot goes right to the soul. Precious few escape corruption, and everyone else is tainted whole cloth.

Cooper’s Stan arrives at the carnival run by unscrupulous barker Clem (Willem Dafoe) after walking away from a burning house. That house contains a body we’ve seen him dump below the floorboards before lighting the place up. The details of Stan’s mysterious past come to light slowly, as we follow his rise through the ranks of the carnival using techniques stolen from Pete and his wife Zeena (Toni Collette). 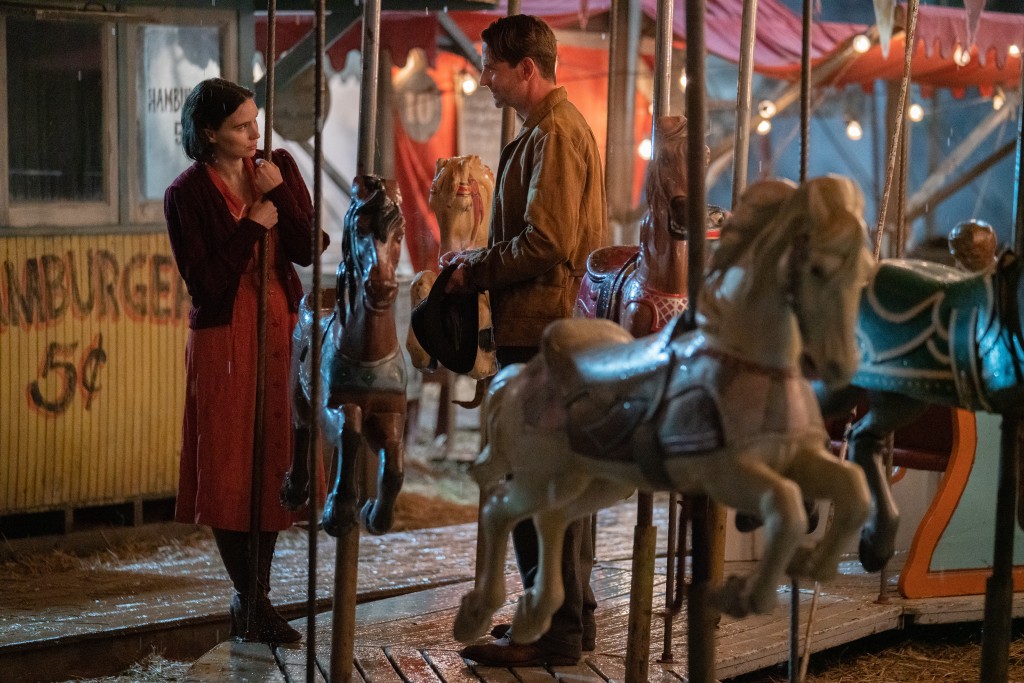 Stan eventually strikes out on his own, taking fellow carnie Molly (Rooney Mara) with him as his assistant. Their mentalist act is successful, until a scheming psychiatrist (Cate Blanchett) and her wealthy clients—which includes a shady, emotionally volatile millionaire (Richard Jenkins)—cause Stan to stretch his lucrative con too far.

The 1947 Nightmare Alley featured a tight noir plot that felt unique for its genre because of the eerie carnival setting that makes up the film’s first act.

Del Toro thankfully expands on the details of that setting to create a creepy, atmospheric space that lays on the metaphors of sin and vice like a Great British Baking Show contestant slathering buttercream on a cake. When the carnival’s geek escapes, Stan searches for him in the funhouse. The attraction’s theme is “house of damnation,” and it’s festooned with signs proclaiming those inside to be sinners. A meticulously sculpted door makes it look like Stan’s wandering into the jaws of Satan himself.

That overt imagery sets up the film’s second half, when the cynicism, cruelty, and greed are a little less clearly telegraphed.

Stan has already proven his own shamelessness and self-interest, but it’s nothing compared to the lives of the rich people he interacts with after he leaves the carnival.

In this world, everyone’s on the make, everyone’s guilty and nobody is redeemable. Anyone who says otherwise is lying to themselves. It feels overly cynical, though at least del Toro presents consequences for his characters’ actions.

By the film’s effective final shot, we know: Hell is empty, and all the devils are here. Regardless of whether you agree with that grim worldview or not, the commitment to getting it across is admirable. 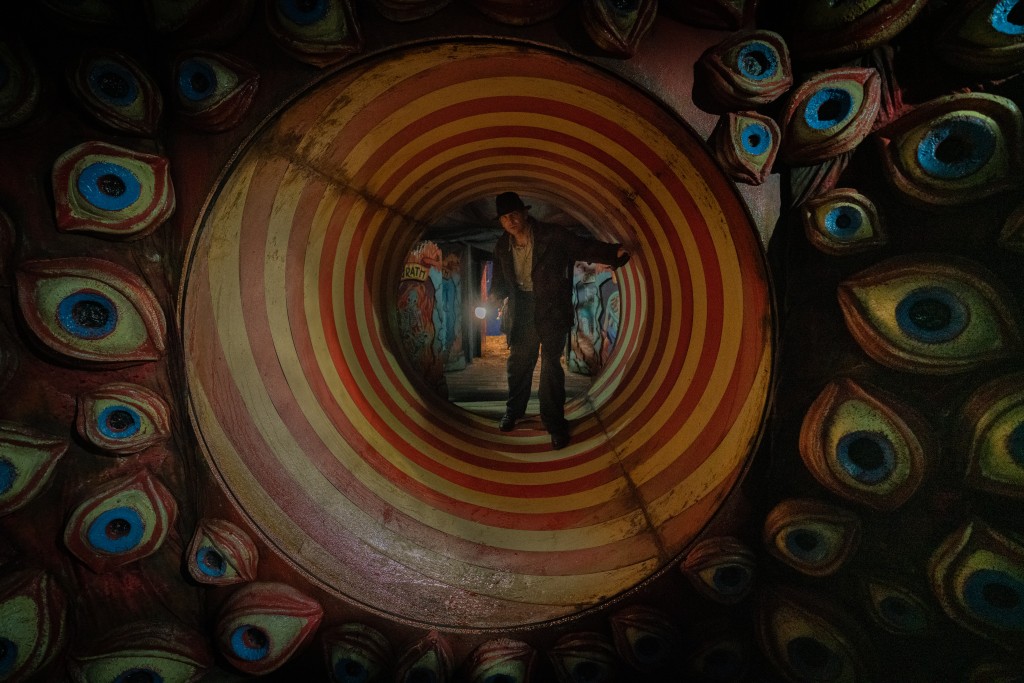