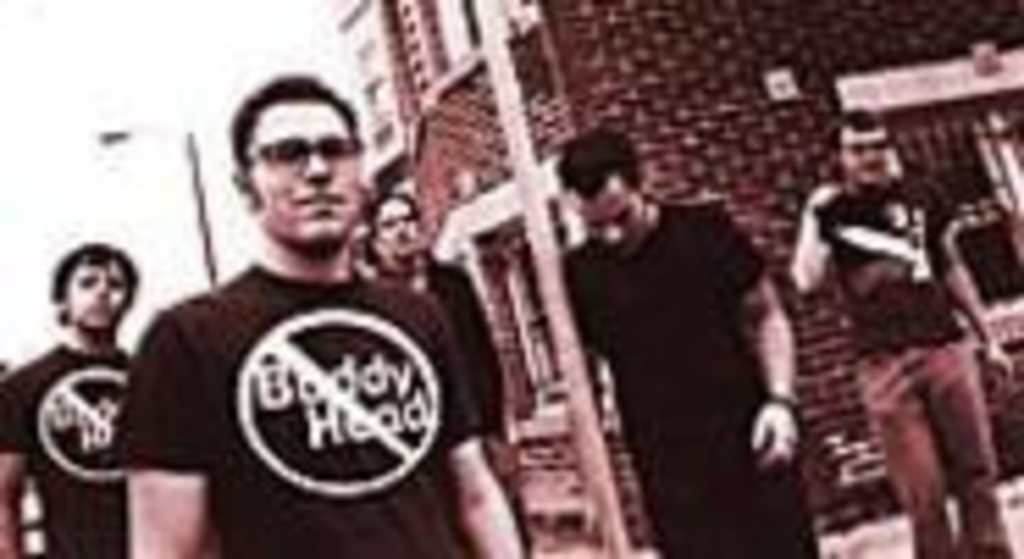 In an attempt to convince Lisa of the menacing influence of “the Simpson gene,” Grandpa Simpson does a flipbook-style run-through of Bart’s quizzes, and the happy faces that marked the upper-right-hand corner of his earlier efforts degenerate into harsher and harsher frowns before eventually becoming a skull and crossbones. Internet surfers can witness the same effect by checking out the Web site www.buddyhead.com and perusing the music-based Web ‘zine’s write-ups on KC’s favorite sons, The Get Up Kids. In July of last year, writer Travis Keller lobbed softball questions to singer Matt Pryor, whom he glowingly described as “the MC with the dope flow.” Just a few months later, Keller’s cohort Aaron Icarus slammed the Kids’ album as “pathetic wuss rock,” concluding his review with, “If I end up in hell after I die, this would be the soundtrack into eternity.” Not to be outdone, Keller dismissed a Pixies tribute album on which The Get Up Kids are featured, going on to describe them as “a sorry excuse for a band.”

Granted, changing tastes could conceivably account for a music critic’s praising a group’s “upbeat melodies and sharp lyrics,” then labeling it worthless upon further review. However, Pryor says Buddyhead’s bashing of The Get Up Kids goes beyond harsh rejection of a reconsidered summer fling.

“Travis is someone that we had met when we played a couple of Warped Tour shows two summers ago,” Pryor explains. “He became especially good friends with Ryan (Pope), our drummer. Basically, two things happened. Travis broke up with his girlfriend, and about six months later Ryan started dating her. Secondly, we were supposed to play a show as our side project, Reggie and the Full Effect, at Travis’ birthday party…. The venue started telling everybody The Get Up Kids were playing, and we were supposed to be playing a big festival the next day. So the people who were putting on the festival pulled rank and said you’re under contract and you’re not allowed to play any other shows. We had to cancel Travis’ birthday party, and consequently, he seems to blame everything in his life on us and has taken it upon himself to devote a good portion of his magazine to bashing us and people related to us.”

Initially, Keller and company’s venom was limited to verbal assaults on Pope when they encountered him in L.A., where he currently lives. “Travis even went so far as to pour a beer on his head,” Pryor says. “Pretty cool.” Soon, however, the Buddyhead crew decided the keyboard was mightier than the pour and began trashing The Get Up Kids as well as any of its Vagrant Records labelmates who submitted albums for review.

In addition to scathing reviews of records by The Get Up Kids, The Anniversary, and The Hillary Step, Keller and Icarus (“his best friend,” Pryor clarifies) worked phrases such as “when you’re from the Midwest, what else do you expect,” “this Midwestern travesty,” and “I think all the kids stuck in the middle of the country will understand this a lot more than I did” into reviews by bands both vaguely related (Koufax, a band recently signed by The Get Up Kids to the Heroes and Villains label) and completely unrelated (Saves the Day, which received several Midwest-related slams apparently because of their resemblance to the area’s bands, though the group hails from New Jersey). Interestingly, in the second sentence of his Get Up Kids feature, Keller notes that Kansas City is both eighth in the nation in land area and 25th in the country in population, a difficult task for “one of those places where no one lives” to achieve.

The Get Up Kids have some experience with negative feedback, which might explain why Pryor and his bandmates have adopted a laugh-it-off attitude to Buddyhead’s insult onslaught. In response to Punk Planet‘s early ’99 feature on the band, angry punk purists responded with letters of protest.

“Whatever,” Pryor says with a laugh after hearing these remarks. “We’ve had enough bad press in our day to be like, ‘All right, that’s lame, you’re a dork, I’ll get on with my life.’ I don’t understand why anybody would blame us as a scapegoat. We don’t really go around wearing a big flag that says ’emo’ on it or anything. Some people have too much time on their hands. A lot of them work at Buddyhead.”

Unfortunately, the Buddyhead ensemble couldn’t devote any of its abundant leisure hours to responding to a plethora of requests for feedback on this issue. The reviews of The Anniversary and The Hillary Step’s CDs have mysteriously disappeared from the site, although the positive Get Up Kids feature and the brutal CD review both remain available for comparison purposes. “It’s really easy to trace,” Pryor says. “They’re the kind of kids that came to our shows, that have always bought our records, and that have always been really supportive of us. One incident happens, and then basically it became cooler not to like us than to like us. It’s really childish. It’s petty, and from a journalistic perspective, it’s not a very honest and unbiased way of going about things.”

Just as Lisa eventually reached the cheery conclusion that the Simpson gene affected only males, thus reaffirming her bright future, so can The Get Up Kids rest assured that their tormentors’ personal vendetta is costing them invaluable credibility and might prove to be their downfall. “It’s gotten to the point now where, amongst people who know, no one listens to them,” Pryor says. “Around L.A., they’ve gotten this sort of elitist attitude, like they’re a gang of some sort. They’ve burned one too many bridges, and eventually, it’ll burn out. That sort of stuff always does.”