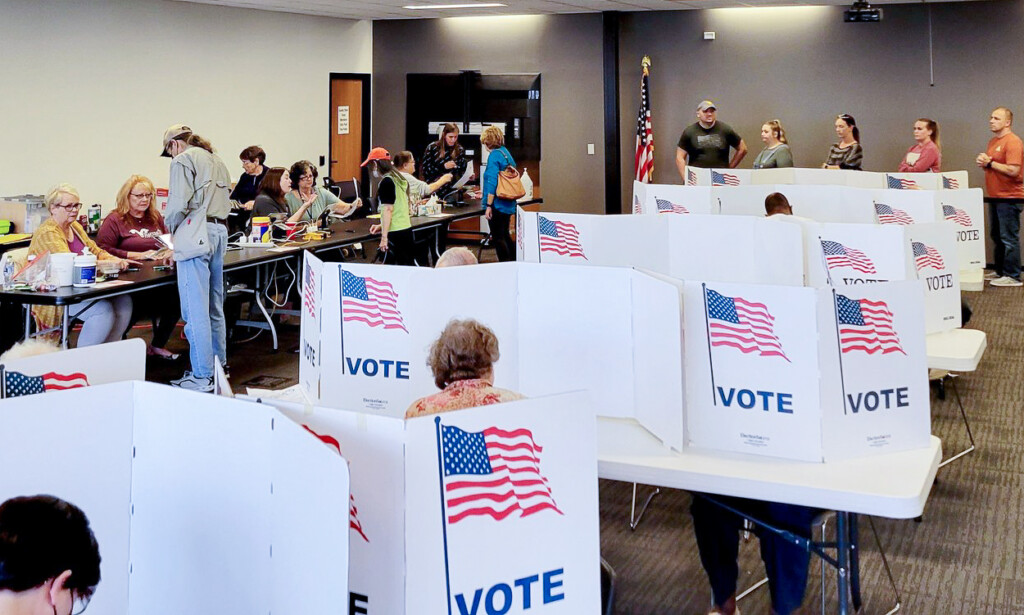 A handful of proposals to raise the state’s minimum wage have been submitted to the Missouri Secretary of State’s Office to potentially put the issue on the 2024 ballot.

And rumblings of a possible constitutional amendment that would roll back Missouri’s abortion ban continue to percolate.

None of these ideas stand a chance in the GOP-dominated state legislature.

So proponents are looking to make an end run around intransigent lawmakers and put these questions directly to voters through the state’s initiative petition process. It’s a method that has been used repeatedly in recent years, including efforts to repeal a right-to-work law, expand Medicaid eligibility and legalize marijuana.

And Republican lawmakers have seemingly had enough.

After years of failed efforts to make it harder to change Missouri’s constitution through the initiative petition process, GOP leaders in both the House and Senate say they will make it a priority to raise the bar in 2023.

“Missourians have sent veto-proof majorities of Republicans to the House and the Senate for more than a decade now, but they have also implemented a number of policies through the initiative process championed and cheered for by those on the political left,” Senate President Pro Tem Caleb Rowden, R-Columbia, said during a speech on the 2023 legislative session’s opening day.

“Through this process,” he continued, “our constitution has been inundated with words and policies about bingo and marijuana that belong in our statute books and not in our state’s guiding document.”

“I want voters to be less influenced by deep-pocket, out of state interests,” he said, “and more informed about what they are voting for.”

To advocates who have championed successful initiative petitions in recent years, the GOP focus on changing the system is an assault on the constitutional rights of Missourians.

“The initiative petition is a constitutional right that has been enshrined for more than a century,” said Crystal Brigman Mahaney, communications director for Missouri Jobs with Justice, which backed the successful 2018 initiative petition increasing the minimum wage to $12 an hour.

“It’s been used by Missourians of all political persuasions,” she said, “and allows communities to come together and solve problems when our leaders refuse to act.”

Missourians began focusing on constitutional amendments in the initiative petition process because that was the only way to prevent the state legislature from overturning the outcome, said Chuck Hatfield, a longtime Jefferson City attorney.

Lawmakers can change a state law but have to return to the ballot to change a constitutional amendment.

“The reason lawyers (including me) advise clients to go for constitutional amendments is the fear the legislature will undo the work,” Chuck Hatfield, a longtime Jefferson City attorney, tweeted this week,

A high profile example came in 2011, when the legislature repealed and rewrote puppy mill regulations approved by voters just a year earlier.

Hatfield suggests that instead of making it harder to change the constitution, the legislature should establish a cooling-off period after a statutory change enacted by initiative petition when lawmakers would be prohibited from altering the law.

“Prevent that,” Hatfield said, “and folks would do statutory initiatives which could be altered after sufficient time.”

While Republicans argue amending the constitution has become too easy, those who have successfully navigated the process say that’s simply not true.

The campaign behind the marijuana legalization amendment, for example, spent more than a year — and $8 million — collecting signatures and working to convince Missourians to vote “yes.”

Still, it nearly fell short of making the ballot, and ultimately managed to squeak out a victory in November with only 53% of the vote.

Another proposal last year, which sought to establish ranked-choice voting, also spent millions. But despite the spending, the campaign didn’t manage to collect enough signatures to appear on the November ballot.

“It is not easy to get something changed in the constitution,” said House Minority Leader Crystal Quade, D-Springfield.

Both of the 2022 proposals also serve as fodder for Republicans’ ire.

The marijuana amendment added 40 pages to the state constitution, while the ranked-choice voting proposal was bankrolled by a nonprofit tied to a wealthy Texas couple.

“The constitutional initiative petition is abused by out-of-state interests,” Plocher argued, later adding: “The last one had 40 pages that we added to our constitution. … it is hard to enumerate what 40 pages will look like in the constitution in the finite amount of words you get to put before voters on the ballot.”

Putting so much policy in the state constitution makes it hard for future legislatures to address potential issues, or even drafting errors, proponents of changing the initiative petition process say.

Adding fuel to the push for change among Republicans is the likelihood abortion-rights supporters may turn to the initiative petition try to roll back Missouri’s near total ban on the procedure.

The U.S. Supreme Court ruled last year that abortion is not a constitutional right. Missouri acted quickly to implement a ban on abortion except for medical emergencies.

Soon after, voters just across the state line in Kansas rejected an effort to follow Missouri’s lead, raising the hopes of abortion-rights proponents in Missouri that the issue could have resonance even in a deeply red state.

Quade said last week that she couldn’t provide details but that a plan is being formulated to put the abortion issue to Missouri voters in 2024.

Several GOP-backed proposals have been floated so far, from increasing the number of signatures needed to get on the ballot to raising the percentage of voters an amendment would need to win.

Any change in the initiative petition process would have to be put before voters. And just last year in both Arkansas and South Dakota, voters overwhelmingly rejected GOP-backed proposals that would have required ballot initiatives to pass with 60% support instead of a simple majority.

Mahaney said this year’s push is simply a GOP “power grab” that won’t resonate with voters.

“We understand this is highly talked about in Jefferson City,” she said, “but it’s not what everyday Missourians are talking about or want.”