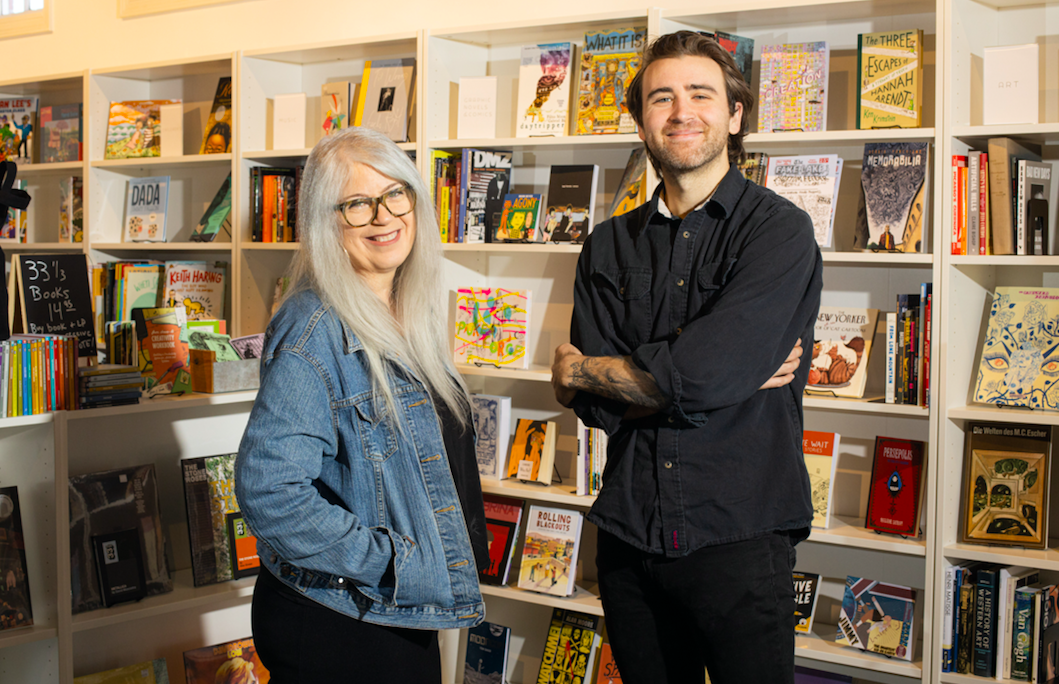 Mills (left) and Pyles are officially open for business. // Photo by Zach Bauman.

They’ve been selling books at Mills Record Company for a few years now—a small, highly curated section of mostly music-related works, small press poetry, and progressive political stuff. Judy Mills, who owns the Westport record shop, and Dylan Pyles, who’s been working there since 2015, are big readers (they both have Master’s degrees in English from Kansas State University, though they received them a few decades apart), and in early 2018 they began talking about carving out a larger section for books in the store. Then, one day, Mills experienced what might be described as a divine moment of customer service.

“I sold an Anne Sexton and an Alan Watts at the same time,” Mills says, referencing the confessional poet and the Eastern scholar, “and I had an emotional, visceral feeling that I hadn’t had in a long, long time.” She took it as a sign: What if we just opened a whole new bookstore?

As luck would have it, a cozy space at 300 Westport Road—just around the corner from the record shop—was coming up for lease. It seemed perfect. They jumped on it. The buildout took a little while, but as of Thanksgiving weekend, Wise Blood Booksellers (a nod to the Flanner O’Connor novel of the same name) is now open and selling to the public. Mills owns the shop, and Pyles manages it.

Inside, there’s a healthy indie bookstore mix—contemporary fiction and nonfiction, poetry, art books, graphic novels, a shelf for local authors. (They take special orders as well.) Wise Blood sells both new and used books, which notably aren’t divided into separate sections and instead sit alongside each other on the shelves.

“I’ve always wanted to see that in a bookstore,” Pyles says. “Inventory-wise, it’s a little tricky to navigate, but I think it’s worth it. When I lived in Lawrence, on my days off, I’d go to the [used shop] Dusty Bookshelf and then to the Raven [for new books]. I thought it would be cool if Kansas City had a shop with both of those in one place.” 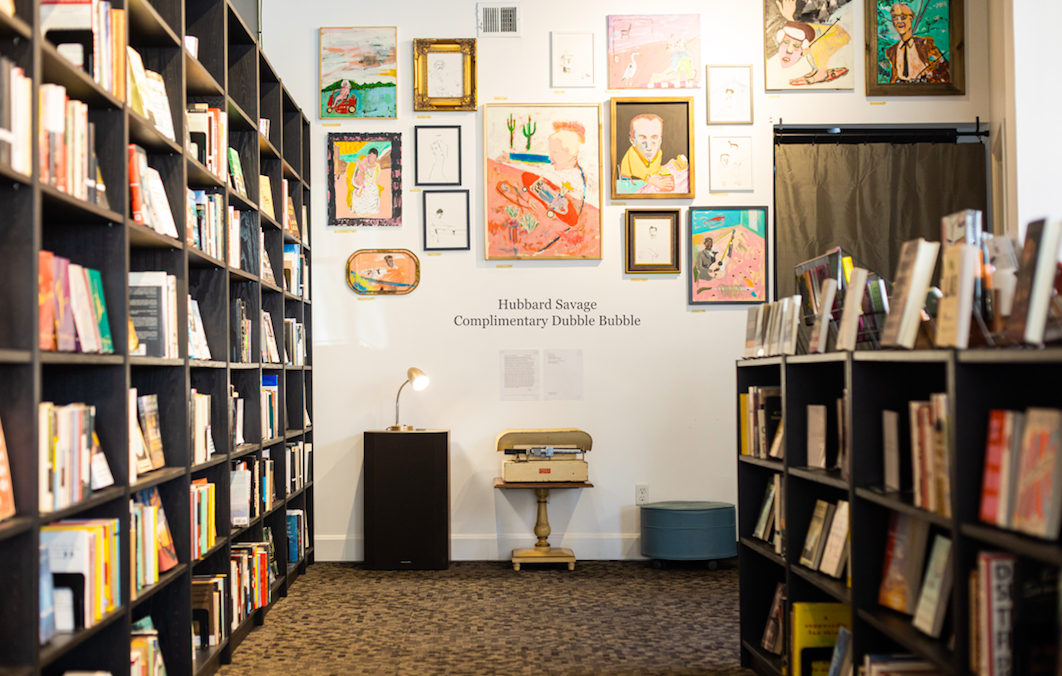 Like Mills Record Company, Wise Blood aims to be a community space almost as much as it is a business. Pyles has as-yet-unfinalized plans for a nonprofit that would offer community education classes in specific areas of creative writing in a room in the back of the shop, and an entire wall of Wise Blood is devoted to showcasing local and regional art (the current featured artist is Hubbard Savage). Readings and discussions will also be emphasized; Hadara Bar-Nadav, Jose Faus, and Jermaine Thompson will give poetry readings this Friday, and on Sunday authors Whitney Terrell, Robert Stewart, and Angela Elam will discuss the literary tradition in Kansas City.

As for the business model itself, Mills says her philosophy is informed by her experience running Mills Record Company.

“Something I think we do well at the record store is that we present the best variety we can, and then let customers help shape what the rest of it looks like,” she says. “I started out saying I was only going to sell new records. That changed pretty fast. So, I think the community will shape it, the audience will shape it, and the times will shape it.

“We’re still learning,” Mills continues. “Neither of us are expert booksellers. But I feel like if you are passionate about something, and smart about it, and you engage with the community and let it become their location, then—fill in the blank. Books, records, whatever. Your desire to please is what will come through.” 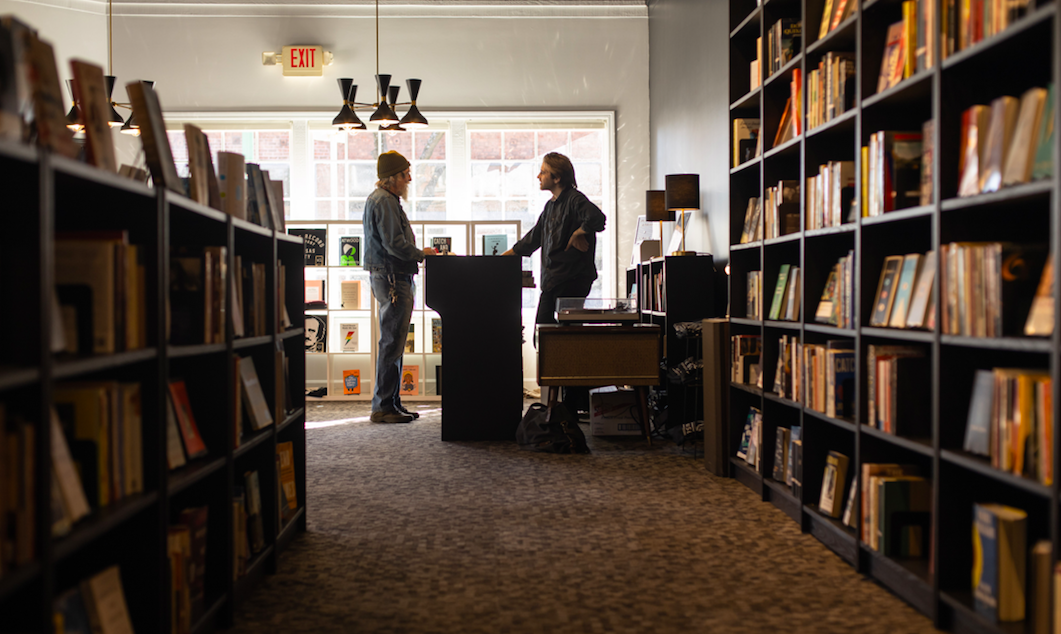