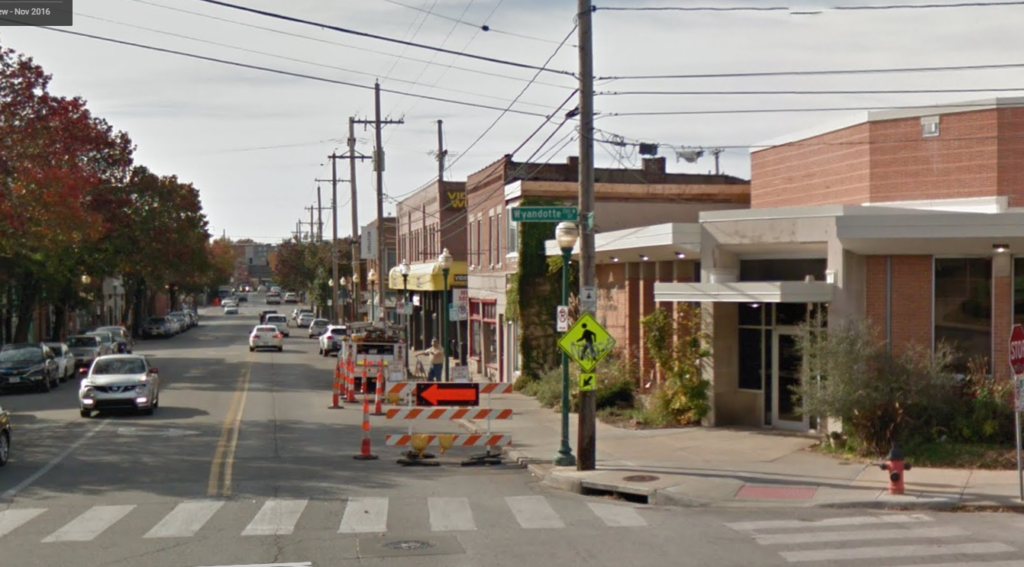 Early Thursday morning, a couple was robbed at gunpoint after leaving Dave’s Stagecoach Inn around 2 a.m. Three men came up behind them near the corner of Westport Road and Wyandotte Streets, according to the police report, and demanded their money. Then one of the robbers shot the woman, and the three men fled north up Wyandotte.

The woman is recovering. The suspects have not been caught.

The stretch where the robbery occurred lies in a middle zone between the Westport Community Improvement District and the Main Street Community Improvement District. Both those districts pay for extra security to patrol their respective areas. But along Westport Road between Broadway and Main — home to places like Dave’s, Arizona Trading Company, Cucina Della Ragazza, Pryde’s — no additional security exists.

Not yet anyway. The area is included in the Broadway CID, which was approved last year. It’s a sales-tax-based CID, meaning it draws its funds from a sales tax generated by businesses in the district. The CID can then use those tax revenues to fund security, maintenance, and other improvements in the district. Here’s a map of the Broadway CID, which shoots out in several directions from the Walgreens at 39th Street and Broadway (another spot in need of some additional security):

MainCor has been hired to manage the Broadway CID. Diane Burnette, executive director of MainCor, says businesses in the district were supposed to begin collecting the sales tax on April 1. But Burnette says it will be a little while before you see security in the district.

“The CID is not the collector of the sales tax,” Burnette says. “The tax revenues go from the businesses to the state, and then to the CID, and that takes a while. So we don’t have any of that revenue in the Broadway CID bank account yet. I would expect we’ll start seeing that from the state in June or July.”

Burnette adds: “Because it’s a sales-tax CID, it’s hard to know what to expect in terms of revenues this early on. We’ve asked businesses what they expect to generate, but not everybody wants to share that information. Plus, some months are better than others for certain businesses, and then there will probably be some businesses that file their stuff late. So it’s tough to fully budget right now.”

September 1 is what MainCor is aiming for in terms of a goal date for “full service,” meaning security patrolling the Broadway CID area, plus some maintenance workers spiffing it up. Burnette estimates that the CID might generate somewhere around $400,000 annually once it’s fully up and going.

As for the stretch of Westport where the shooting happened, Burnette says the CID plans to add “cameras, more lighting, and a street presence.” But she also says the Westport Road Post Office and the Westport branch of the Kansas City Public Library — both located at the intersection where the incident occurred — ought to be more engaged in the neighborhood. (Both are exempt from the CID because they generate no sales taxes.)

“A lot of the nuisance activity in that area happens on or near those properties [the post office and library] after they close, and they haven’t done anything about it,” Burnette says. “The reason people congregate there is because nobody is telling them to move along. Business owners in the area are responsible for the property outside their businesses, so why are those property owners [the post office and library] not doing their part?”