A well-wrapped experience with a large menu. 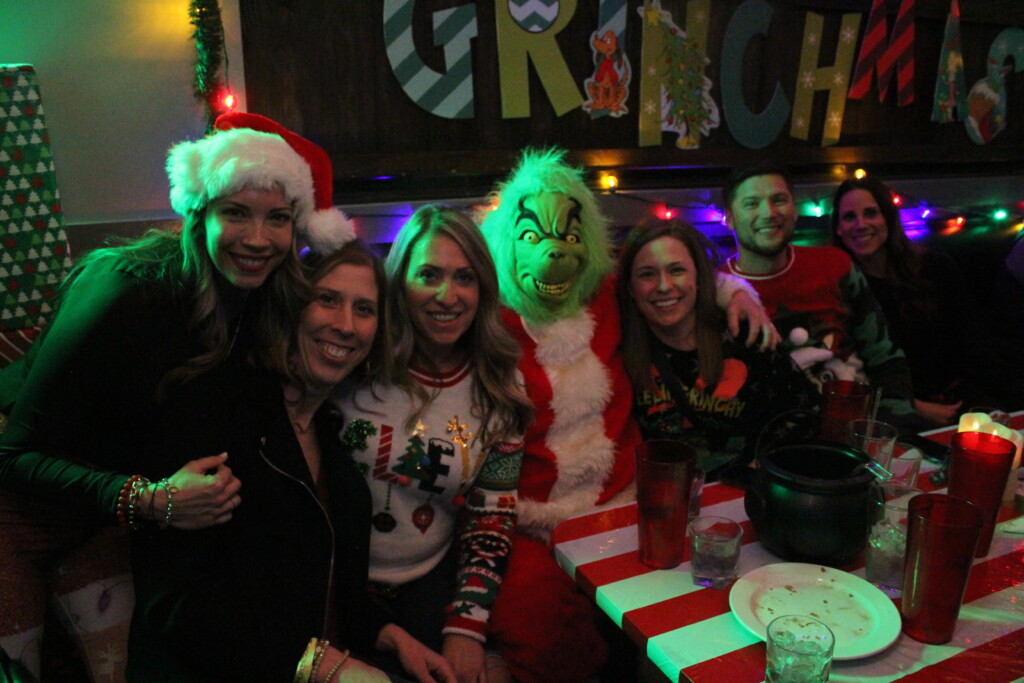 Situated at The Social (13410 W 62nd Terrace) in Shawnee, “Who’s Holiday” is quite literally a well-wrapped pop up experience and a wonderful, awful idea for a quick festive getaway with the me to your Who or your jolliest crew.

One of Apparition’s four holiday season pop up bars in greater Kansas City, “Who’s Holiday” continues through Dec. 31, with Wednesdays and Thursdays designated for all-ages crowds and 21+ only from Friday through Sunday.

One enters through The Social’s lefternmost door into a space where plush Grinch and Cindy-Lou Who dolls sit perched on ledges, staring down from piles of bright-bowed presents. The tables are wrapped, too, and the TVs behind the bar—with the exception of the row of flat-screens on the wall afar.

Those loop both the live-action Grinch film of 2000 and the far-superior animated epic of ‘66, mounted on walls that are wrapped and partially torn, as if the Grinch himself were coming through. Meanwhile, we eye the menu and decide to lead off this with some shots of the “Betty-Lou Who’s Oatmeal Cookies”—a fantastic, delicious way to kick off the sitting.

We perused the drink options for a while before realizing that the life-sized Grinch sitting down at the booth under a “Merry Grinchmas” sign was and is a very real person. Every now and then he gets up and patrols through the table rows, but mostly he just sits there, menacingly.

Following the shots, I went with “Two Sizes Too Small,” a half pint of Guiness with a pair of shots—vis-à-vis the fabled car-bomb—of Jameson and Bailey’s, had me a bit deeper early on than is usually my custom at these things. Yum.

Everything, of course, worked out as it should. The next round featured “You’re a Mean One,” made with candy-cane vodka, creme de cacao, grenadine, half and half, the “Whobilation Nog,” a hard concoction mixed with Skrewball, eggnog liqueur, and Amaretto ‘nog.

Other favorites on the evening were the “Cindy-Lou Who’s Sugar Cookie Martini,” a simple but effective slapping together of vodka, butterscotch, and Amaretto with half and half, the “Whoville Hot Toddy” (El Dorado 5-year rum, ginger liqueur, lemon, grapefruit, cranberry pepper shrub), and the “Mount Crumpet” (pumpkin pie cream liqueur, Rumchata, gingerbread and cinnamon syrups, a splash of pumpkin creme).

The full menu includes 14 main cocktails, including one group drink, plus the aforementioned shots. On the flipside, seven food options are headlined by “Green Eggs and Ham” (six avocado deviled eggs topped with bacon and smoked paprika), “Cranberry Pecan Goat Cheese Balls” (self explanatory), and the homemade “Fudge Trio” plate.

One can reserve a space through Dec. 31 on Apparition’s website.

All photos by Anna Perry-Rushton 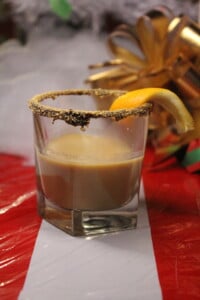 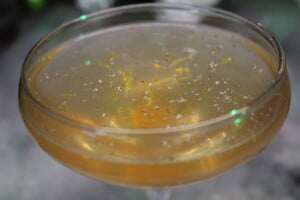 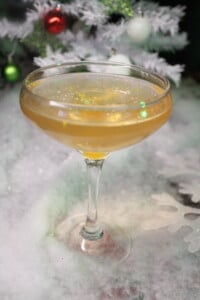 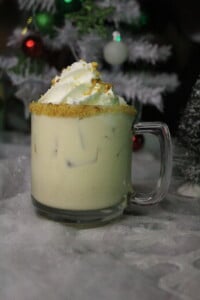 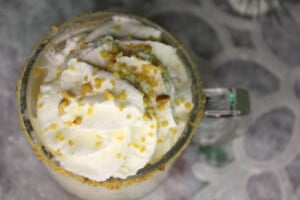 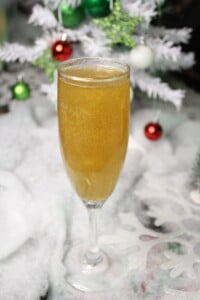 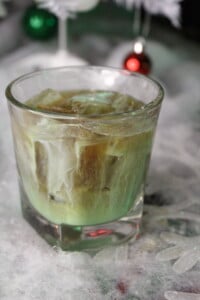 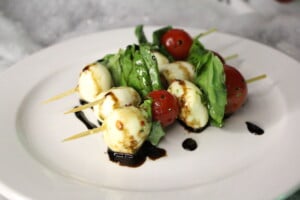 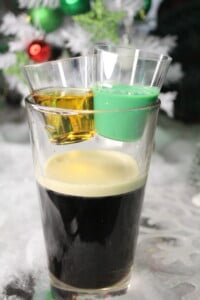 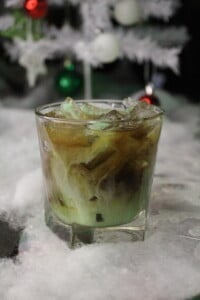 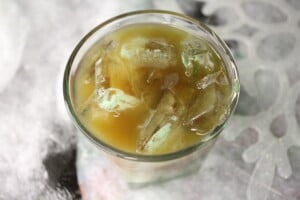 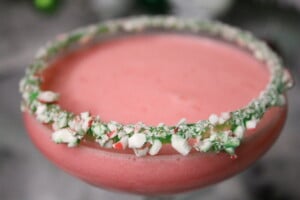 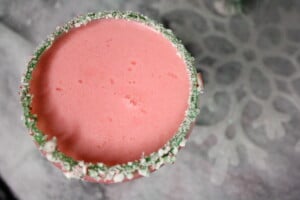 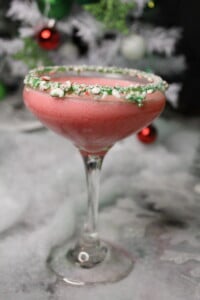 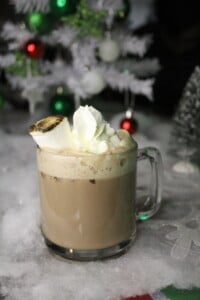 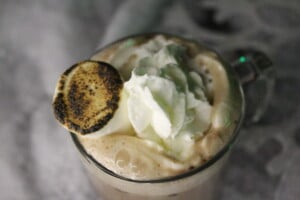 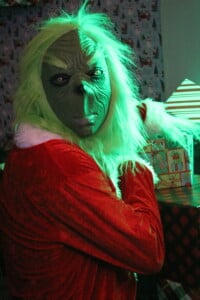 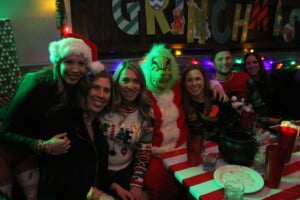 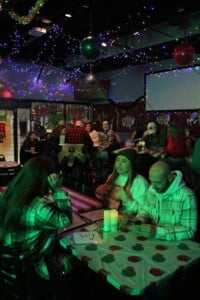 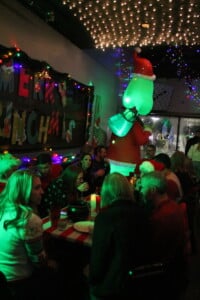 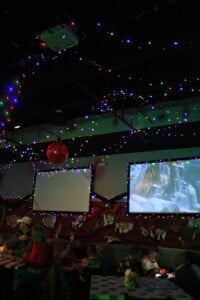