Whoopie pies are the new cupcakes 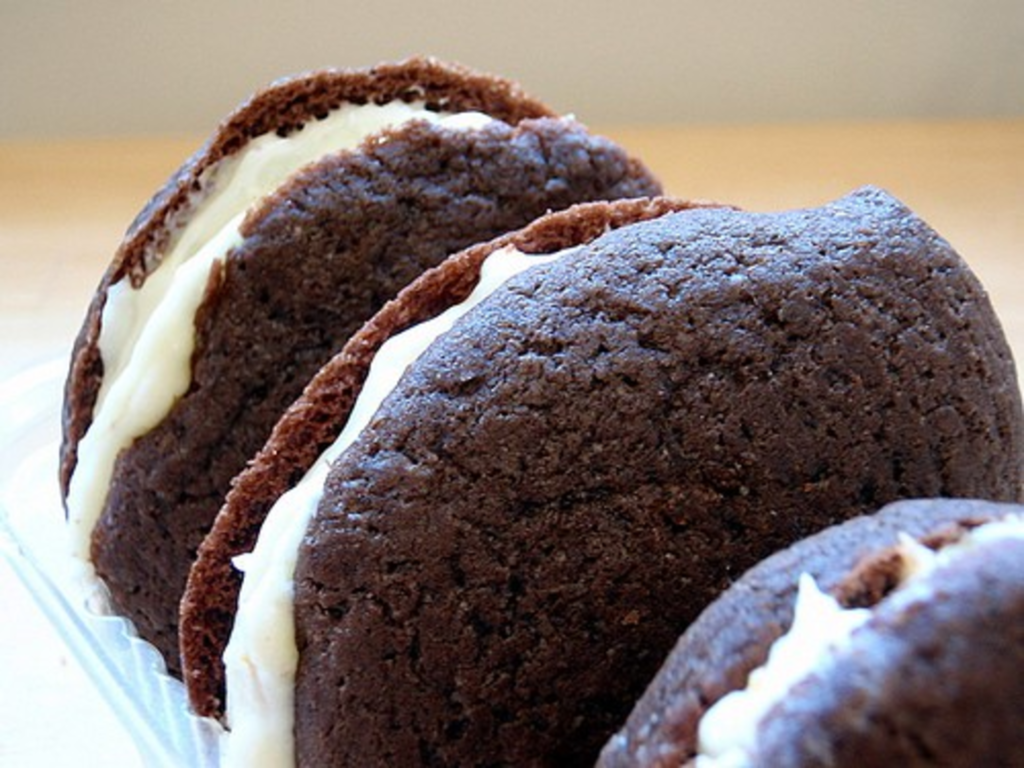 ​There is always some new pastry on the block attempting to dethrone cupcakes. Now, The New York Times is certain that the next best hand-held dessert is nearly as old as the tiny cakes we’ve been enjoying since grade school. Ever had a whoopie pie?

The standard version is two round cakes, resembling hamburger buns, around a white icing that’s typically vanilla. Whoopie pies share some flavor similarities with black-and-white cookies. The icing can be tooth-achingly sweet and the cake portion can be dry and crumbly.

While believed to have originated in the South, whoopie pies have become synonymous with two East Coast regions — Pennyslvania Dutch Country and Maine. If you want tradition, Labadie’s Bakery in Lewiston, Maine, has been making the pies since 1925.