Who you gonna call? Marie Jackson’s story will haunt you 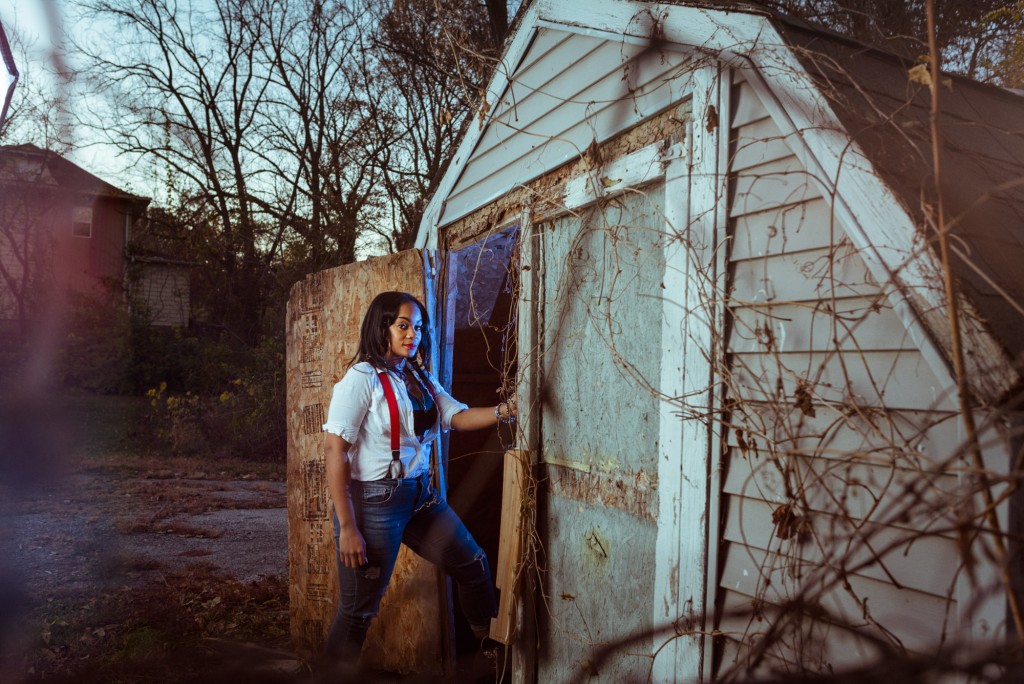 Not everyone has the guts to divert their life off its apparent path and begin a paranormal investigative organization. Of course, not everyone has had a lifetime of haunts like Kansas City native Marie Jackson.

After growing up in haunted homes and having a myriad of experiences with the spirit world, Jackson decided it was time to stop running from the things that seemed to follow her—and embrace them. In 2018, she officially started Pink Street Paranormal, and she’s been researching and conducting investigations into haunted locations across Missouri ever since.

“The thing that actually kicked off my interest was the fact that I was raised in haunted houses,” Jackson says. “We were exposed to all kinds of paranormal happenings and events as children, and as I got older, I realized that I had some pretty unique abilities that didn’t dissipate when I was a kid. Instead of me pretending that I didn’t have these abilities, I decided to just embrace them, nourish them, and find people out there more like me.”

In 2016, Jackson began to make connections with other paranormal experts in the city. This helped her develop her spiritual gifts and collaborate with other like-minded people on investigations.

“I decided to open up about what I had been experiencing, and what I had been dealing with as a child, and even as an adult still,” Jackson says. “So I started reaching out to a bunch of different paranormal agencies and facilities, to try to engage with them, just to get a little more education, and also to see and connect with people who were just like me. So that started in 2016, and then I started to do a lot of research into the houses we lived in, and gathering information about events that took place prior to when the houses were built.” 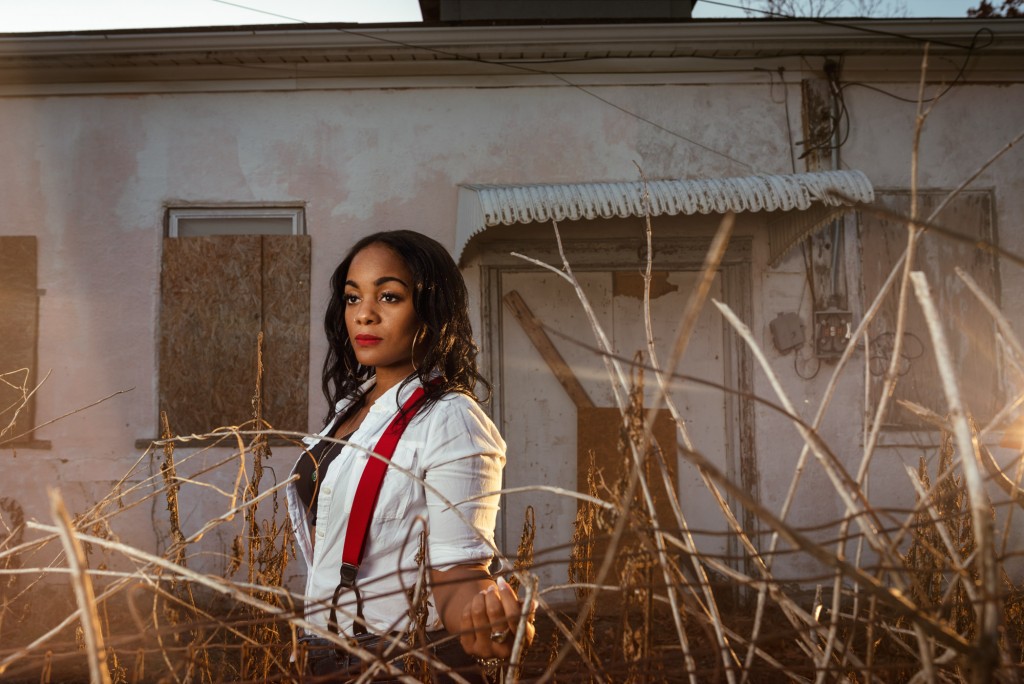 Jackson’s sister Melanie Evans can attest to her spiritual gifts and to their haunted upbringing. She explains that, like Jackson, she had many inexplicable interactions growing up that led to her belief in ghosts and spirits.

“Well, we grew up in a haunted house,” Evans explains. “And for a long time, we just ignored it. So if we heard bumps in the night, or stuff walking across the floor, we’d think ‘Oh, it’s just somebody [in our family], or the old house.’ But then, after so long, you just can’t ignore it. And then when you start to see things, like apparitions and things you just can’t explain, as a kid, an eight-year-old kid, I would think to myself, ‘Okay, did I just see a little girl walk across the floor into the back room, or am I crazy?’”

Growing up in a house with brothers and sisters, she just brushed it off as thinking maybe she saw one of them. But when Evans was completely alone, and continued to see spirits, her mindset began to change.

“Okay, that happened, that’s there,” she began to assure herself. “There was one experience that me and Marie had, when we were sharing the same room. We were laying in the room together, and we start hearing this banging on the wall—a consistent, loud banging. And then we heard a distinctive sound that said, ‘Get out.’ We got up, and we ran into my dad’s room yelling ‘It’s a ghost! Something’s going on!’ and he just said (deadpan) ‘Kill it.’ He just did not believe it.”

Soon, though, Evans explains, even their mother would begin to see things. “She’d be standing in the kitchen and say ‘Hey, go outside, there’s a white guy standing out there!’ She would see me go outside, looking around, and she would still see that apparition at the same time that she saw me. It got to a point that it was just time to go. But then it [their paranormal experiences] followed us, it followed us from house to house. So we’re thinking, the house wasn’t haunted, one of us was haunted. And I think it was Marie.” 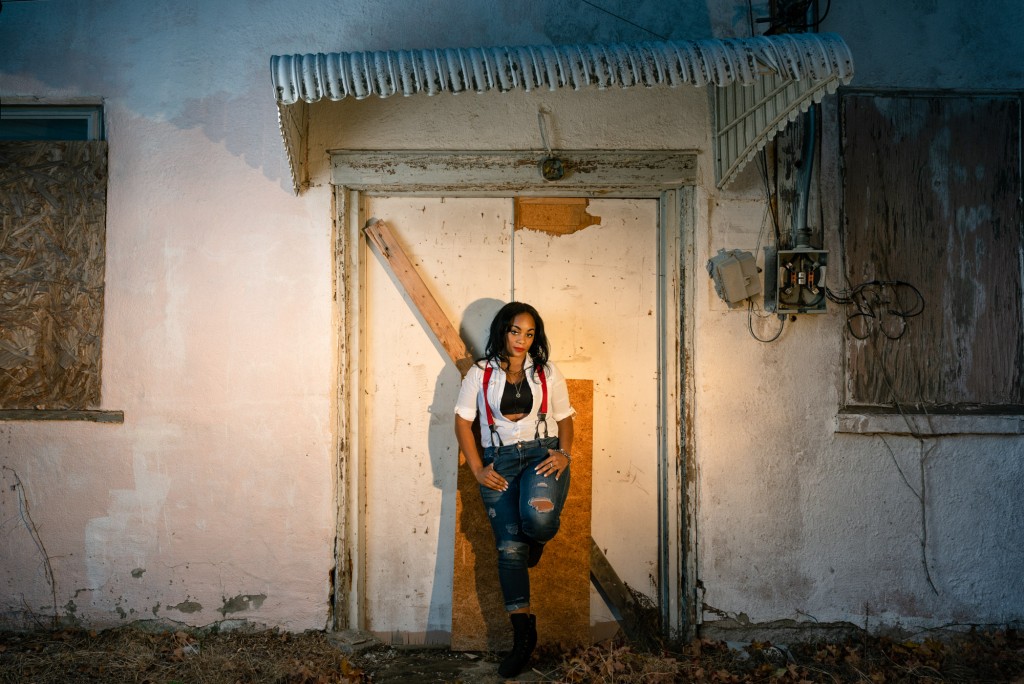 Because family is such an important part of Jackson’s life, it was integral for the sisters to open up to them about their experiences growing up. Jackson and her sister have begun conversations with their family about their childhood experiences. But for Jackson, telling her three children about her spiritual gifts and having them believe her was one of her most heartening moments, she says.

“I think the transition point with me really embracing it, was when I talked to my kids about it, and they accepted me,” she says. “Once they accepted me and my experiences and my past, then I felt like everybody else can follow suit.”

“At first, they were kinda like ‘huh?’ And they had never talked to my siblings about it. We never spoke about it to other people. We suppressed it, we kept it to ourselves. So, we took my kids to my siblings to corroborate everything that happened to me as a kid.”

“It was definitely an uphill battle, but now they’re my strongest believers,” Jackson says.

Going into the world of paranormal investigations just felt like something she had to do, she explains. She’d been developing the skills and the bravery needed to hunt ghosts her whole life—it was only a matter of time before she decided to lean in to it.

“It wasn’t hard at all,” Jackson says of her decision to abandon her previous goal of opening a children’s hair salon to do full-time paranormal investigations. “In life, we are so positioned to do what we’re told to do, and what others will approve of us doing. We never focus on what is our primary purpose [in life]. I kept running from it for years, and I kept hiding it and sheltering it, because I didn’t want people to judge me.” 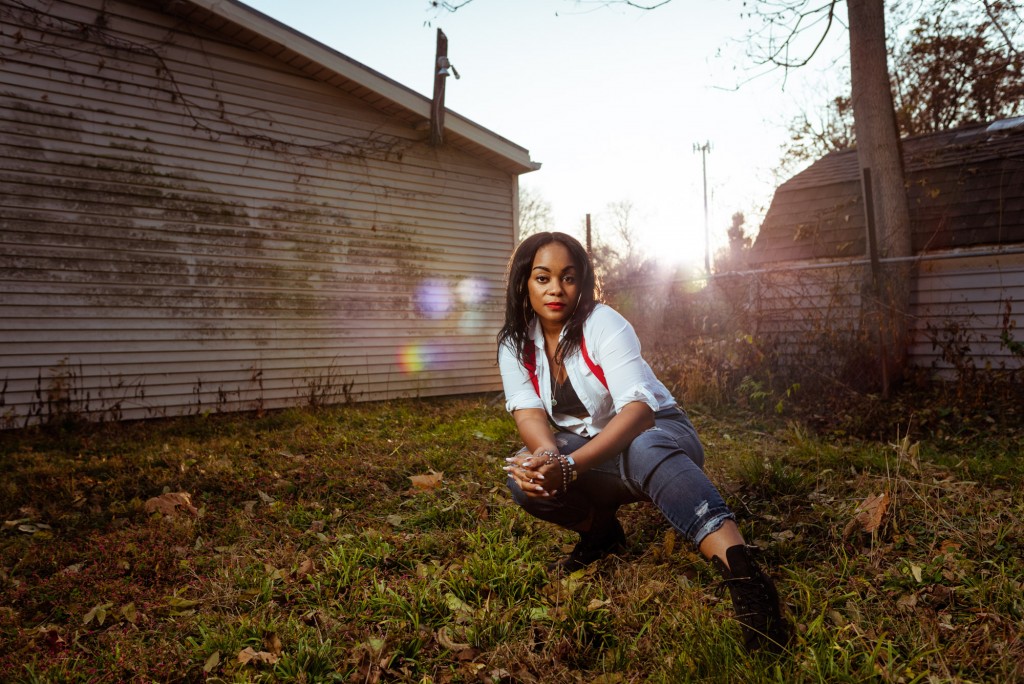 She explains that Pink Street was originally going to be the name of her hair salon, and she decided to keep the meaningful name when she started her paranormal agency.

“I took that name, and said ‘It’s already here,’ and considering I do investigations from street to street, I’ll just keep it sweet, simple, Pink Street Paranormal,” she says. “This actually connects, and I think it connected for a reason, even if it wasn’t for the reason I originally designed it for.”

Now that she has fully embraced her talents and begun investigations with Pink Street, Marie is able to affect the lives of others in a positive way. Mecca Hazziez lives in the haunted “Bellefontaine House,” and reached out to Marie to request her skills to help affirm her spiritual experiences while living there.

“So, I was scrolling through Facebook, and actually saw Pink Street Paranormal on my timeline,” Hazziez says, of her first contact with Marie. “Coincidentally, I just moved into this residence, and there’s a lot of weird, crazy stuff going on around here, so I’m like, “You know what, I think things may be getting a bit out of control,” and I have children, so I just decided to give it a shot, and I talked to her about it. She agreed to come over here with her team, and do a little work.”

While Hazziez was not present for Marie’s investigation into her home, she says the impacts of her work are felt by her and her family. 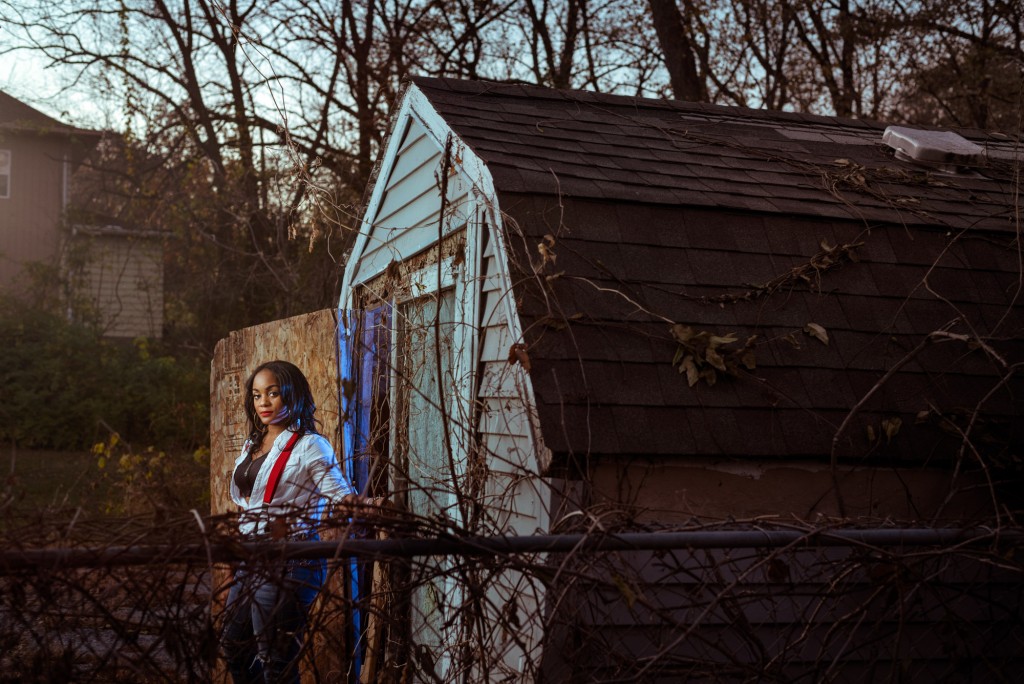 “I am not sure of the process, but I can tell you, 85-90 percent of what I was feeling in here, it eased up shortly after. I don’t feel it as much at all, since they came here,” she says. “I was actually sleeping on the couch because I felt [paranormal] energy by my bedroom door. I just kind of felt some relief after [Marie’s investigation], and I’ve been sleeping back in the bedroom, and I don’t feel that way anymore.”

Jackson’s existence as a Black woman in the paranormal investigative field is something of a shock to many people she encounters. With Pink Street, she wants to break the stigma of belief in the paranormal within her community, as well as break the mold of what a typical ghost hunter may look like.

“I want to bring a spotlight to the communities like Black communities, all kinds of culturally diverse communities, where people think that these things don’t happen,” Jackson says. “And they do. Most of the time, on TV, what do you see?” she asks. “Nice, happy, white families. And you don’t ever see a Black family telling their story.”

“I wanted to see if I could connect to other people that have had these experiences, especially when it comes to the African-American culture,” Jackson says. “You don’t hear a lot of people talking about hauntings, or having been in haunted situations, or houses. You don’t hear about that a lot when it comes to the Black culture, so I said I wanted to awaken that dormant idea that people have, that it doesn’t happen to our culture.”

“It’s really interesting, I get the weirdest looks,” says Jackson, on being the only Black person in the room at paranormal investigative gatherings. “I consider myself to be an attractive African-American woman. When they see me, they do not see a paranormal investigative person who can see ghosts. It does not dawn on them that this ability is existing within me.”

Whether you’re a believer or not in the spirits, Marie Jackson is doing important work. Having someone to validate your experiences of the paranormal in your home or community is valuable to people, especially if they look like you. So if you’re stuck in a haunt, look to Marie Jackson—a fearless and kind-hearted person who seeks out the ghosts in our establishments and ends the stigmas in our communities.