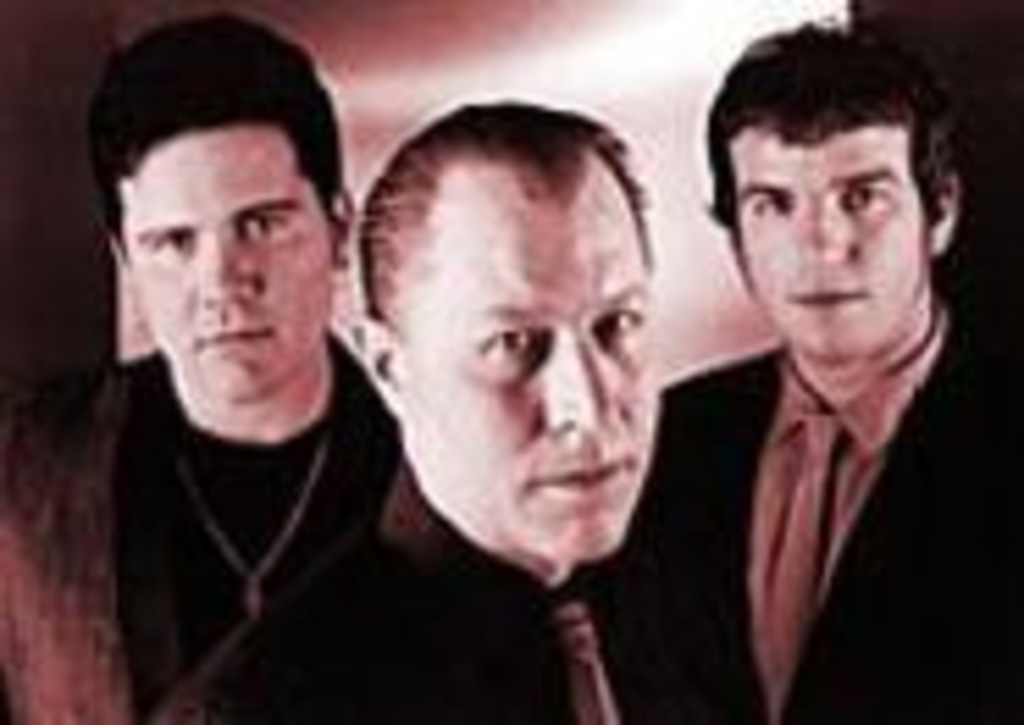 Marilyn Manson may be a political flibbertigibbet, but James Heath, who preaches rockabilly gospel under the name Reverend Horton Heat, is a Texan. He’s sure.

“I liked Ronald Reagan. I think Al Gore and George W. Bush are both great guys,” Heath says from his Dallas home with a low, hair-of-the-dog chuckle. “Neither may be super-exceptional is all. Now George Sr. I liked a lot. He was a really intelligent government guy.” Actually, Bush Sr. was a really government intelligence guy — he headed the CIA before Reagan chose him as a running mate in 1980. But that would be quibbling; Heath doesn’t sound like a guy who brooks much quibbling.

“I think the Electoral College is a beautiful thing,” Heath says, initiating a polite civics lecture. “I tell you what would happen if we dropped it. All the issues that would matter in campaigns would be what goes on in New York and Los Angeles. There are so few people in, like, Wyoming. I think the worst thing is that the media ran through fire on this one to call the election, and they were wrong. People talk about how corporate interests buy elections, but what corporations really own is the media.”

Before the conversation gets too Crossfire, Heath returns to planet Rock with a wry bottom line: “You know a lot of guys named Chad are taking a lot of shit right now.”

Heath, 41, says that he and his fellow clergymen (Jimbo Wallace and Scott Churilla) missed the opportunity to turn in absentee ballots for this election and in 1992. Some permutation of the group has been performing since before the end of the Reagan administration, keeping them on the road that first Tuesday in November; Reverend Horton Heat has outlasted voodoo economics and communism. But to hear Heath tell it, he don’t get no respect.

“What’s funny is that the only place the press ever tears us up is Dallas,” Heath says. He’s neither bitter nor hostile. To him, it’s a shame and a laugh. “The guys here used to love me. But the past few years, they’ve said everything bad you can write about a band. They don’t care what we do. For that reason, maybe, a lot of people in Texas don’t know how big we are. I get recognized more in L.A. than in Dallas.”

Indeed, his brisk playing and the band’s giddy humor have deep roots in several uniquely American styles. He didn’t invent rockabilly, country, blues, or surf, but he all but owns their hybridized bastard offspring. The recent Spend a Night in the Box marks the heavy emergence of swing among Heath’s command of forms. It’s a less-horny (but hardly defanged), more-Texas night on the Brian Setzer Orchestra bandstand. Heath says it’s a welcome comparison, but not a response he has calculated.

“I’ve been playing this style since Brian Setzer got started [in Stray Cats],” Heath says. “He’s my favorite guitar player right now. I love to jam with Setzer, but I don’t ever think of anyone else when I’m playing. We kind of have our framework, and part of our thing as artists is breaking away and doing different things within that framework. If I could sound like Santana, too, that would be great. And Junior Brown is a god.”

Heath and Setzer both have serious vintage auto Joneses, too. In fact, Heath is quicker to praise his friend’s mechanical prowess than to pick a winner in a guitar duel. “I’m not a very good welder, but he is. There’s a lot of geometry involved in fabricating an auto part, and that’s not really my thing. Setzer’s way more off into that than me.” Heath drives a 1950 shoebox Ford, the perfect get-around for a man born with hair cream and guitar picks. “For me,” Heath continues, “it’s all about midcentury styling.”

Heath has that style down cold, though he’s looking to make a couple of improvements. “I like to write a lot of stuff that’s in cut time, and lately I’ve worked hard on fingerpicking,” he reports. “I’ve been a good fingerpicker for a long time, but I’m trying to get really fancy with the crazy picking. Sometimes it just hits me. But I don’t usually have the time or space to rehearse all day like I’m supposed too. We play so much.”

Goal No. 2 for Heath is curbing his midcentury style of liver torture. “I have really had to slow down,” he says without ruefulness. “It got to where I couldn’t perform because I was drunk. You slur your speech, so that’s the main thing right there, let alone playing. I’ve got to start writing songs that are easier to do when I’m drunk.

“I really do want to be a better singer. I try to focus on the people I most admire vocally, like Sinatra and Dean Martin and Nat ‘King’ Cole. I think I used to be much sloppier with my pronunciation.”

Heath has taken some guitar lessons and has thought about singing lessons to sharpen his chops, but in each case he feels that experience is the best teacher. “I have access to so many different kinds of people. It’s amazing. They give me tips and I watch them, and I think all that has helped.”

Whether or not he packs them with sibilant sounds and Gatling-gun delivery, Heath writes what moves him at the moment. “I don’t really write a CD. I write songs, and a bunch end up on the disc. But you know that just rearranging the order of songs on a disc can change the whole thing a lot. So it’s not about that kind of change as much as always doing something different. That need to do it differently is what won’t change.”