Who are these Hooligans? 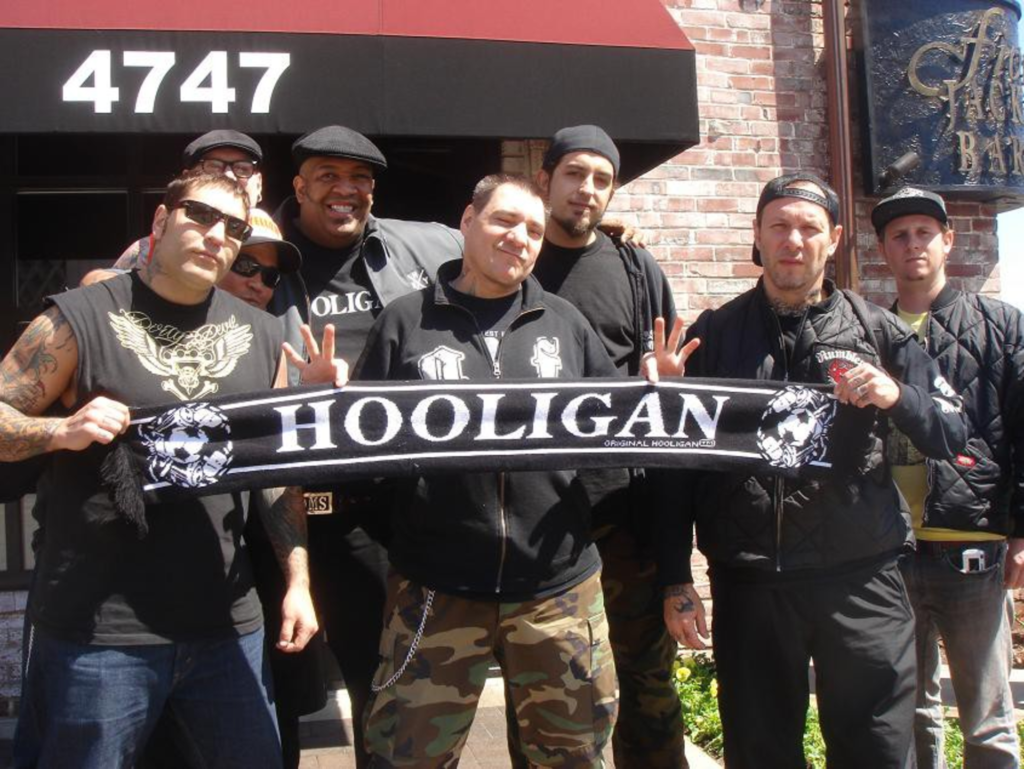 Hardcore punk band Agnostic Front stopped at Fiorella’s Jack Stack yesterday for a quick barbecue lunch before hopping back in the tour van, heading to a gig in St. Louis. As they always do when they’re near KC, they called their friend Rico (the smiling guy in the “Hooligan” T-shirt in the back of this photo) to join them. Tattooed, scarred and ravenous for cheesy potato bake — let’s just say Rico and the band stood out in a dining room otherwise dominated by businessmen and the Red Hat Society.

Ever been to Midtown? Then you’ve seen Rico. He’s known for promoting concerts, DJing rocksteady and reggae music, hosting a once-a-year formal at the Beaumont Club and helming the Real Deal Tattoo Convention at the Uptown Theater, among a thousand other things.

Born in the Dominican Republic, Rico later moved to New York and spent

his formative years in the same Brooklyn neighborhood as Agnostic Front

guitarist Vinnie Stigma and other bandmates. He came to KC

accidentally, as many transplants do, intending only to pass through but sticking around

Rico is punk as fuck, and has fresh stitches in his head to prove it. But he’s not one of those coke-skinny, Ramones-type punks — the dude is huge. Six years ago, frustrated by the lack of clothes his style that fit well, Rico and his tattooist started screen printing their own designs on t-shirts. The baby brand blew up when Rico started hosting Hooligan parties at Kansas City Wizards games. (Rico’s

curtly correct — was bred into him by his father, who was

tight with the New York Cosmos.) Two buses hauled a hundred rowdy soccer football fans in Rico’s shirts to the match, where they’d cheer for the home team, drink their collective weight in beer and sing raunchy songs to the opponent’s goalie. At each home opener, Rico would debut a new shirt. Some became classics, like the Clockwork Hooligan design. 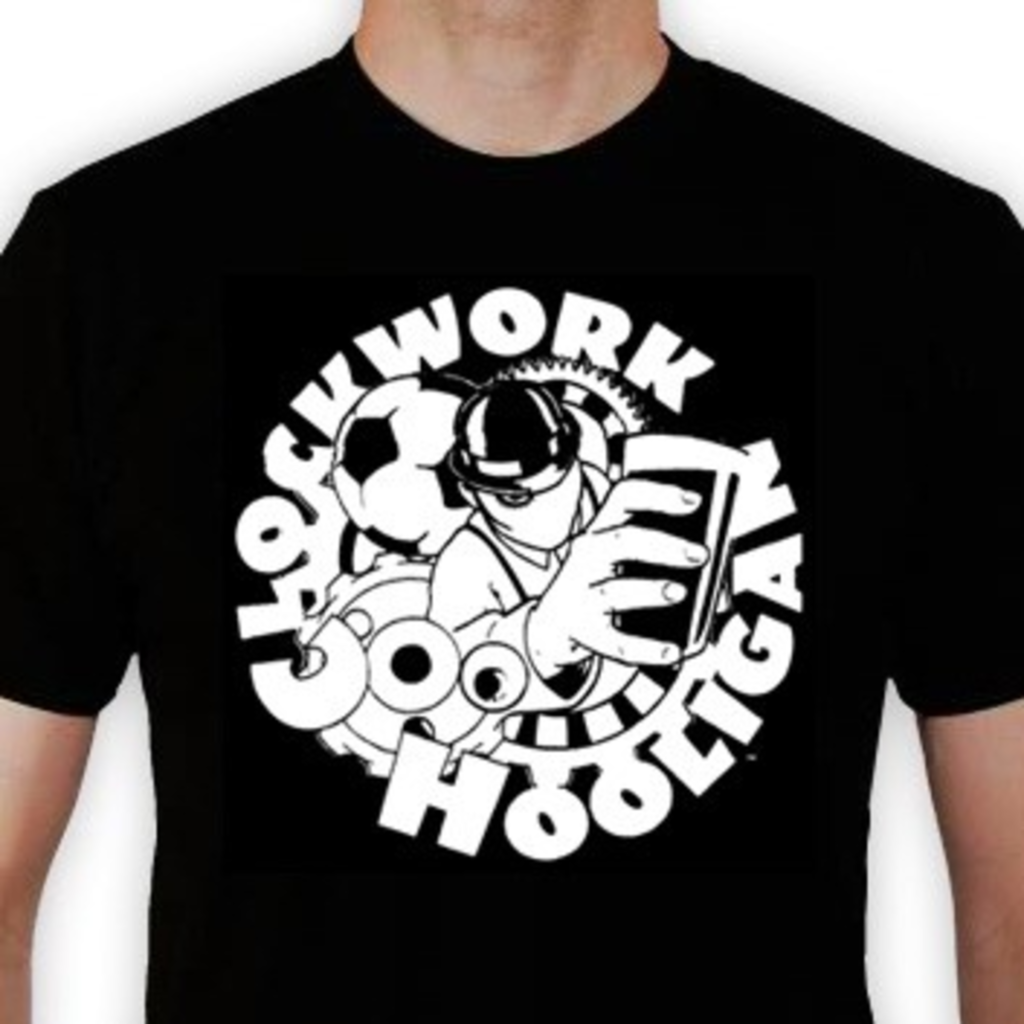 Sadly, the Wizard’s front office wasn’t as enthusiastic about European-style hooliganism, preferring to keep things “family-oriented.” After one particularly festive incident, they banned Rico from the games.

The Hooligan brand lives on, though, and has grown to include a women’s line, leather belts, hats, jackets and scarves. This Saturday, Rico is throwing a party to celebrate the launch of his online store, OriginalHooligan.com, with a fashion show featuring his spring line and music from DJs Joc Max and Liondub (Damien Marley’s DJ from Brooklyn). Original music from Sean Martin will score the fashion show, and Martin will be there in person. It’s at the Beaumont Club. The doors open at 10 p.m. and the fashion show starts at 11 p.m. Tickets are $5.

“I don’t know jack about fashion, but I’m learning fast,” Rico says. “From punk to hip-hop to metal fans, everyone wears my clothing. But it’s not for everyone. I don’t want it to be for everyone.”

Maybe it’s just for anyone who’s anyone.