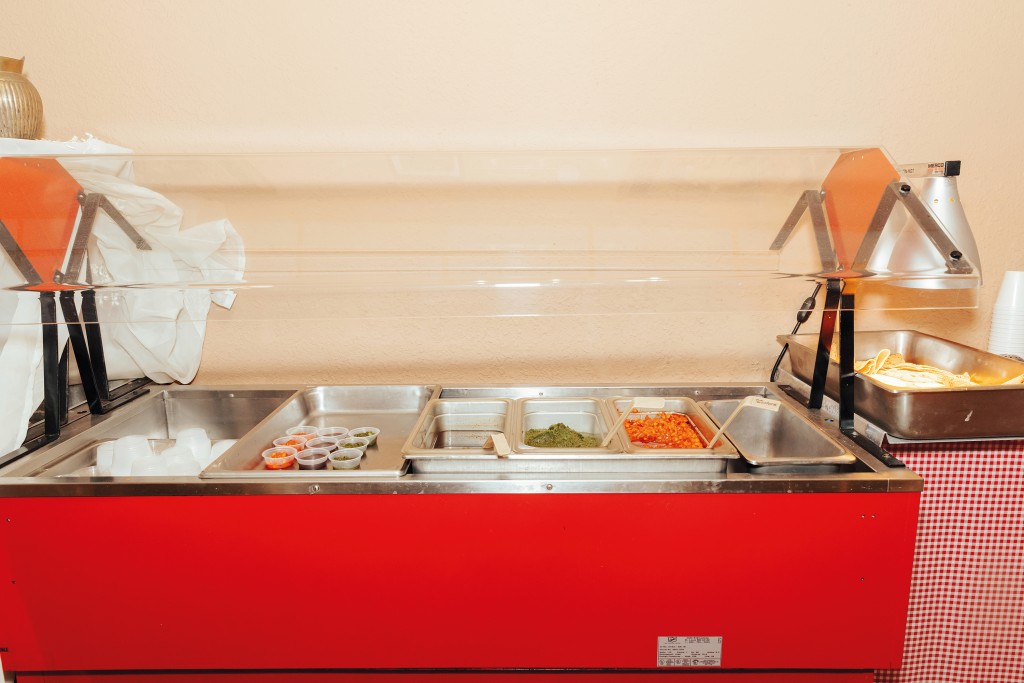 High up on my list of wild post-pandemic fantasies—somewhere between being trampled in a concert hall and kissing strangers on the mouth—is eating lunch at an Indian buffet.

I miss the opulence of hotel pans brimming with masoor dal and malai kofta. I miss the tottering pyramid of golden-brown samosas, the stacks of speckled papadum. What I miss most is so basic, I’m almost embarrassed to admit it in these pages: cold onion chutney, rouged like a dance mom, sharp and piquant and sweet all at once. I would—did—eat it solo with a spoon.

As far as the KCMO Health Department is concerned, I can make my fantasy a reality any time I want: buffets are back on the COVID-safe menu. Michelle Pekarsky, the department’s Public Information Officer, confirmed customers can even serve themselves from buffet stations now—as long as they’re masked, and as long as the restaurant sanitizes “serving/eating areas & objects every 90 minutes at minimum.” 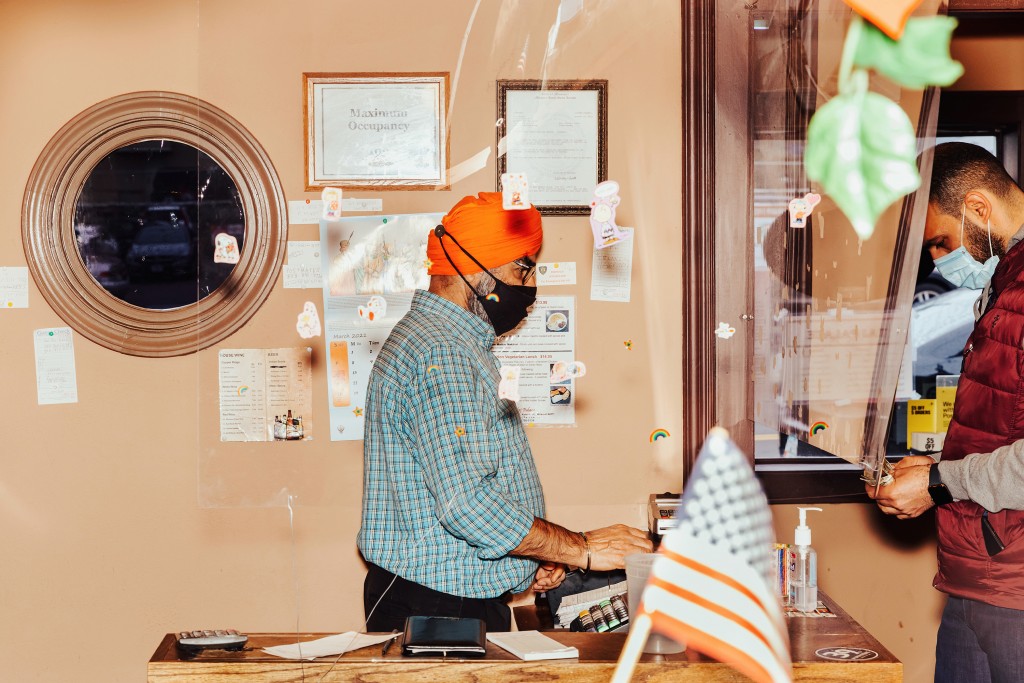 But that doesn’t mean the metro’s Indian restaurants are ready for us to grab a plate.

“It’s too scary,” says Dea Stevens, general manager of Taj Palace on West 39th. “Even with everyone getting the vaccine right now, even with social distancing and how often we’re wiping things down. It’s just too scary.”

Stevens is the restaurant’s certified food manager—the first point of contact when a city health inspector comes calling. She knows what it takes to keep a buffet line safe. Before the pandemic, she had to constantly police customers who would try to reuse plates and utensils on their trips through the buffet line. That level of supervision is exhausting outside of a global health emergency. Inside of one, it can feel impossible.

Stevens has been frank about those challenges with customers. She was getting so many calls and questions about the buffet that she posted a video response on the restaurant’s Facebook page in March. In the video, she speaks directly to the camera, a brightly colored mask tucked beneath her chin. “Let’s get it clear right now,” she says. “We’re in the middle of a pandemic…there’s no way we’re going to have a buffet.”

Closing down the buffet had consequences. The lunch buffet at Taj Palace was a major revenue source, especially on weekends. Losing it meant losing employees—Stevens herself was laid off for a few months. But steady growth in carry-out orders has helped sustain the restaurant. The return of dine-in service has made a difference, too. What once seemed like a foregone conclusion—the return of the buffet—is now up in the air. 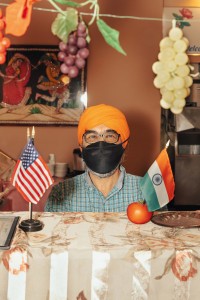 “My owner [Resham Singh] and I talk about it every night. We both kind of feel like until COVID’s gone or manageable, it’s not gonna come back. And I don’t know if it will come back even then.”

The surprising sticking point? Food waste. It’s easy to deride buffets for their caloric excess, the permission slip they sign for our gluttony. For restaurateurs, the concern isn’t how much people eat, but how much they leave behind.

Stevens notes that many buffet customers pile plates high with food but only graze on few bites. The restaurant throws the rest away. Food waste has a financial cost, of course, but the buffet’s always been a money-maker. It’s a different cost that bothers her and Singh.

“We consider food to be an honor and precious,” Stevens says. “And to watch people waste like they do, it’s morally wrong.”

Taj Palace isn’t the only Indian restaurant making these kinds of calculations. Korma Sutra in Lenexa has been buffet-less for months, even though Johnson County guidelines allow buffets to operate as normal. And owner Baljit Singh says the lunch buffet isn’t coming back.

I press him a bit—even after the pandemic has ended? Even if we really do get “back to normal”?

“One thousand percent,” Singh says. “No more buffet.” He mentions a couple reasons—it’s hard to accommodate customers with food allergies on a buffet, for one—but his concerns mirror Stevens’. “Mostly a lot of food waste, every day.” 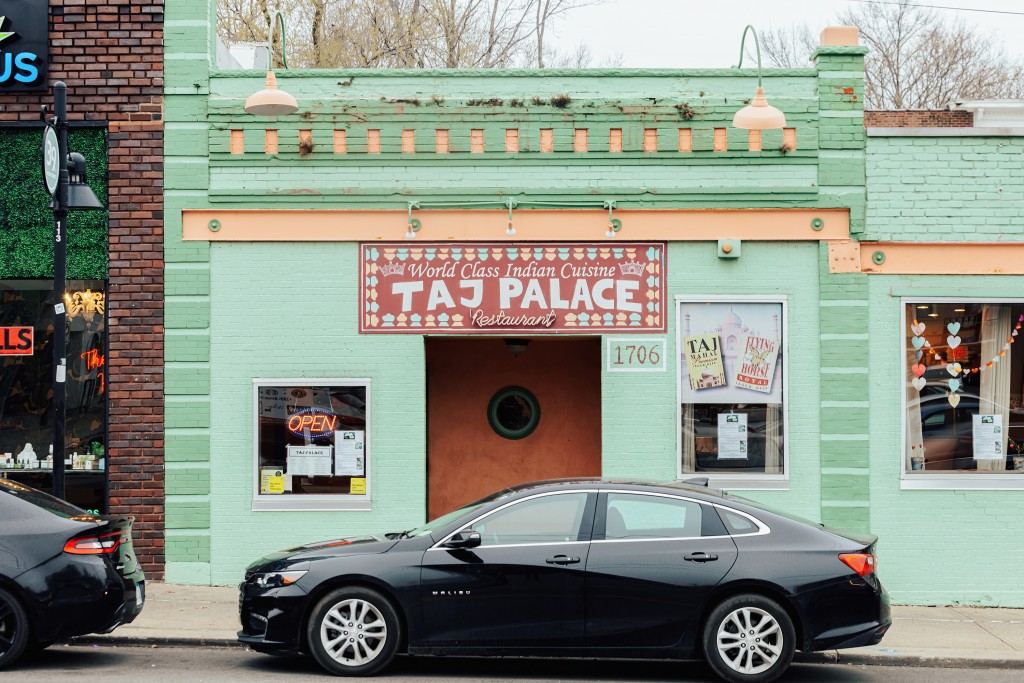 For his part, Singh says he hasn’t taken much of a financial hit since he shut down the buffet. His customers have been loyal—some families get carry-out three times a week. He tries to show his gratitude in return. He tucks extra food in customers’ bags, doles out free ice cream for their kids. He says he doesn’t need the buffet to make his customers feel like kings.

But Indian buffets are more than just money-makers or hunger-saters: they’re also a crucial entry point into the cuisine for diners from different cultural backgrounds. Lunch buffets provide a low-cost, low-commitment way for diners to extend their appetites beyond butter chicken and tikka masala. For that reason alone, they’re unlikely to disappear from the metro dining scene entirely. 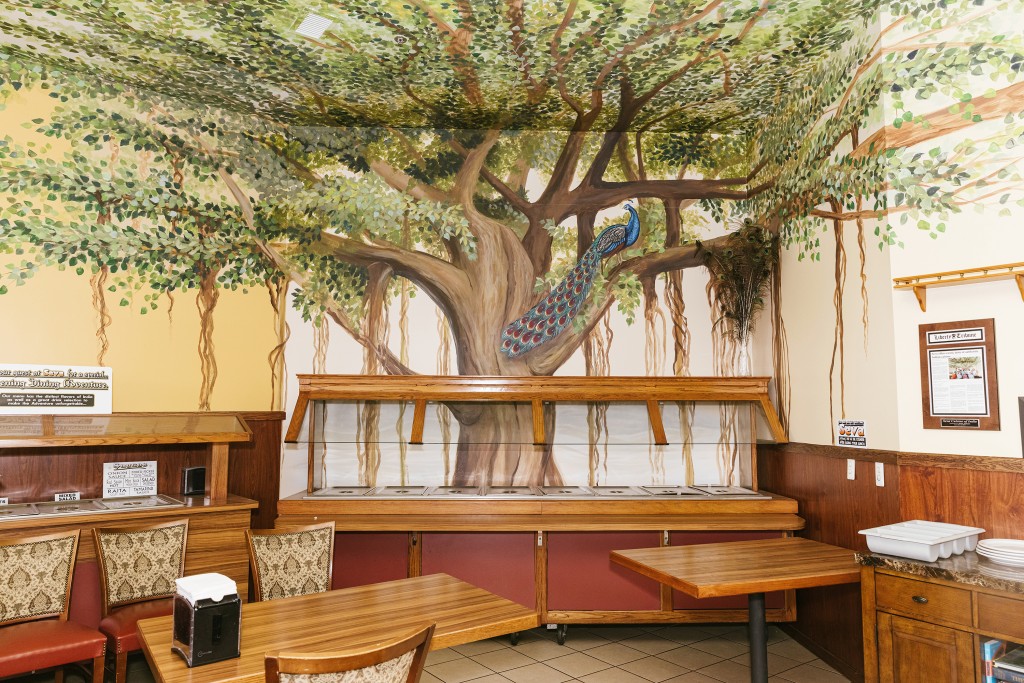 Gurdev Deol, owner of Seva Cuisine of India near Liberty, has some of the same misgivings about buffets as his metro counterparts. He worked as a KCMO health inspector for years, and is clear-eyed about the risks buffets present right now. He’s seen diners waste a lot of food at Seva, too, and it bothers him.

But Deol isn’t ready to give up the steam tables just yet. In the Before Times, he’d watch families come in for the lunch buffet and sample dishes—then come back for dinner to order a new favorite. “I think they [buffets] were important to introduce our food to new people who have not tried it before,” he says. “It was a good way to stay in touch with people.” 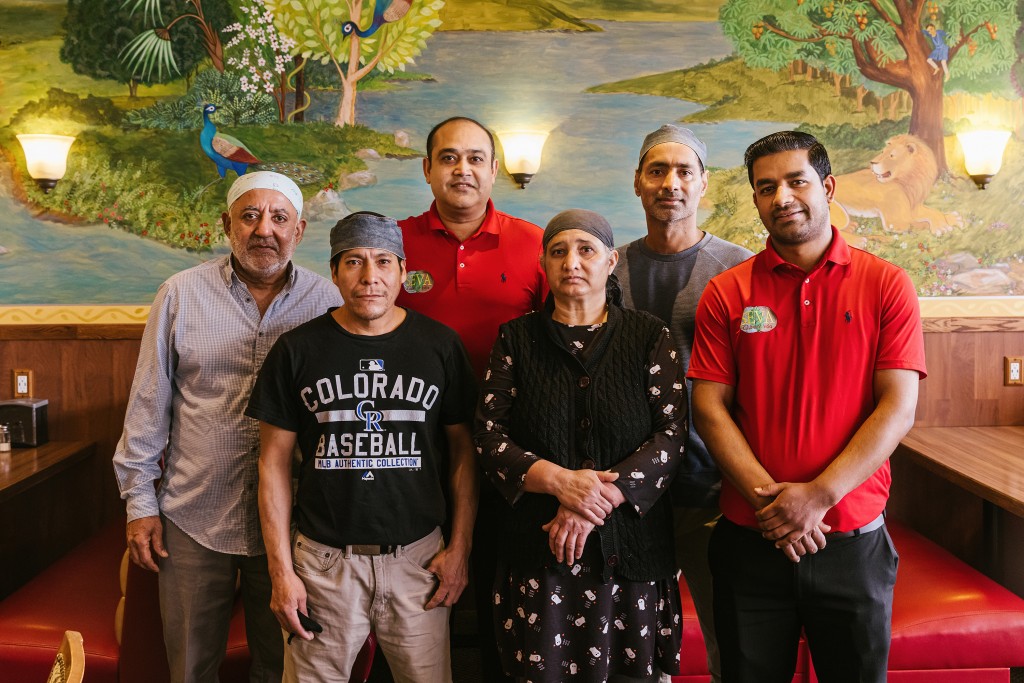 Like Stevens, Deol says he’s been fielding a lot of calls from customers about when the buffet will return. And despite all of the risks and challenges and chaos of buffet service—in and outside of a pandemic—he wants to give the people what they want.

“People accepted us, and we have to accept their requests, also. They have been supporting our families for years, and if they want the buffet, we can work with that.” 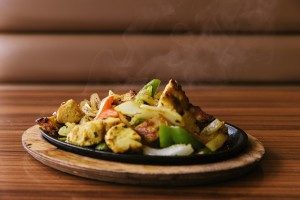 Still, when the buffet does return, it’s likely to be on weekends only. The weekday lunch buffet was never that profitable. Plus, Deol says, sounding just a little bit guilty: “it is a bit easier now, actually.”

COVID-19 is unlikely to be the demise of the Indian buffet locally. But it has driven some restaurants to consider whether they still want to host our modern Bacchanalia when vaccines prevail. Food waste and sustainability are growing concerns for restaurants across cuisines and price points. If we want to keep the opulence of buffets, we might have to think more critically about how we patron them.

As for my onion chutney? Taj Palace has graciously included small cups with my carry-out when I ask. I might not be able to nab a buffet-sized portion any time soon. But if escaping a global pandemic means downsizing my condiment consumption, that’s a sacrifice I can live with. 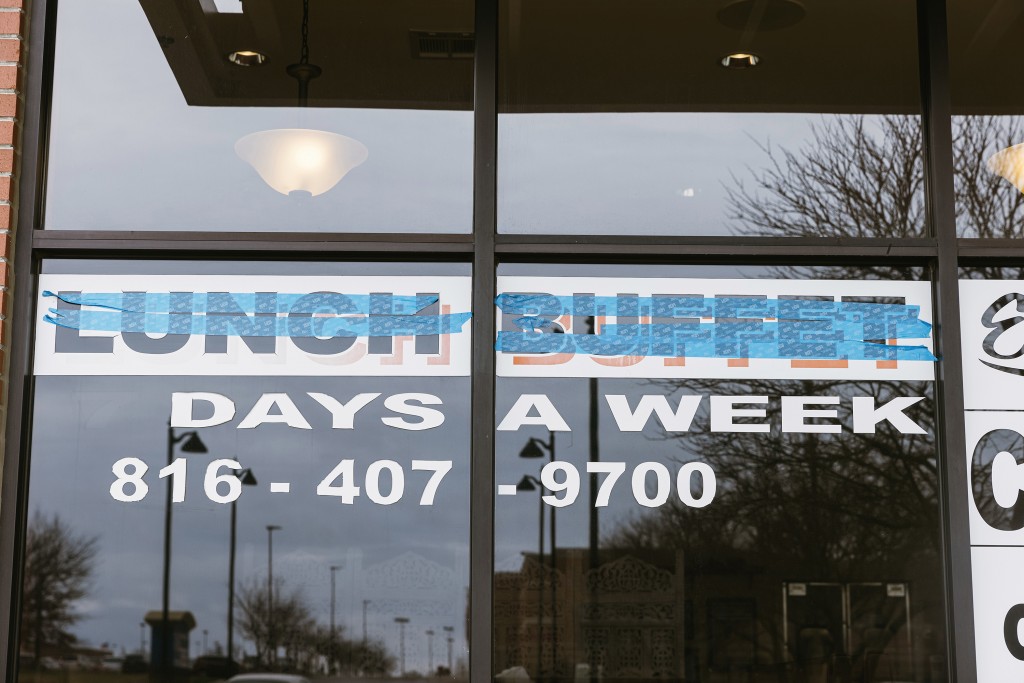