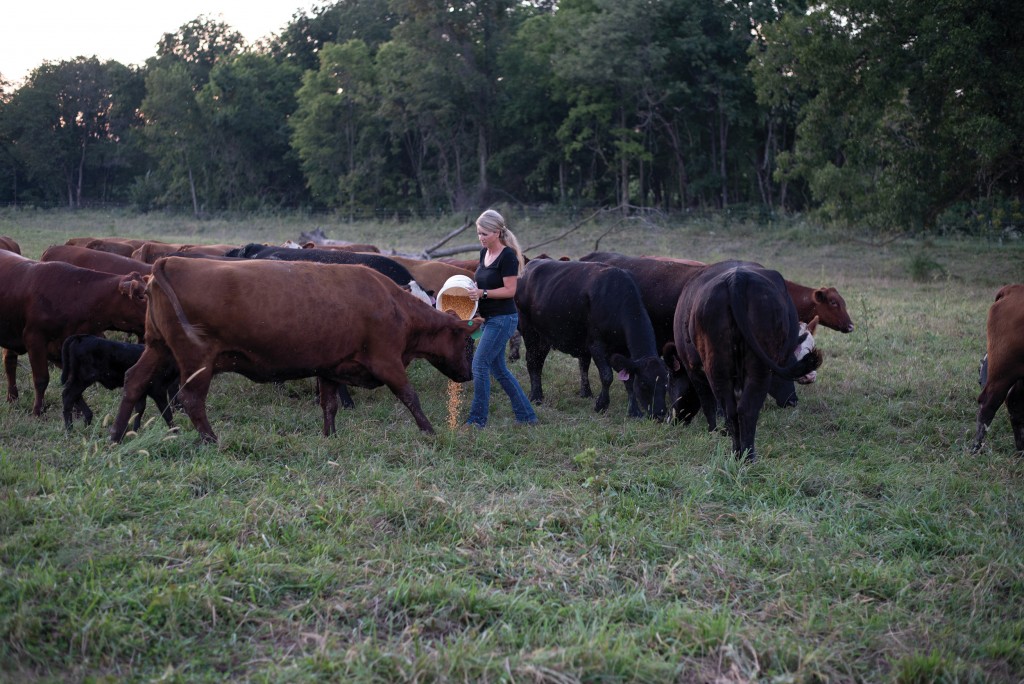 Tiffanie Weekley is a lot of things: a mother, a nurse, and a lactation consultant. But she’s also a cattle farmer at Morning Glory Farms and, as such, a beef jerky pioneer in Missouri. More specifically, a biltong pioneer.

Biltong is a Dutch word that amounts to “meat strip” and has long been a popular snack in South Africa. What sets it apart from the beef jerky most meat snack enthusiasts are familiar with in the United States is its lack of chemical preservatives like nitrates and the addition of sugar.

Weekley uses a recipe that includes antimicrobial ingredients such as vinegar, salt, and pepper, and the rest of the preservation process is all about drying the strips of beef and, later, getting the proper seal on the bag.

Her new enterprise, which falls under Morning Glory Farms out of Blackwater, Missouri, surprised her as much as it did anyone.

After weighing the pros and cons of Chinese versus South African biltong dryers, she purchased three South African dehydrators from Lo Krijger, two of which were paid for by a Missouri Meat and Poultry Processing Grant.

Weekley says her new enterprise stemmed from a desire to improve her family’s health and the need to diversify her farm’s offerings during the pandemic.

The first part of her quest began years ago when the youngest of her three children suffered from debilitating gluten and dairy allergies. Doctors suggested a drug regimen and abstinence from grain and dairy, and that didn’t sit well with Weekley. 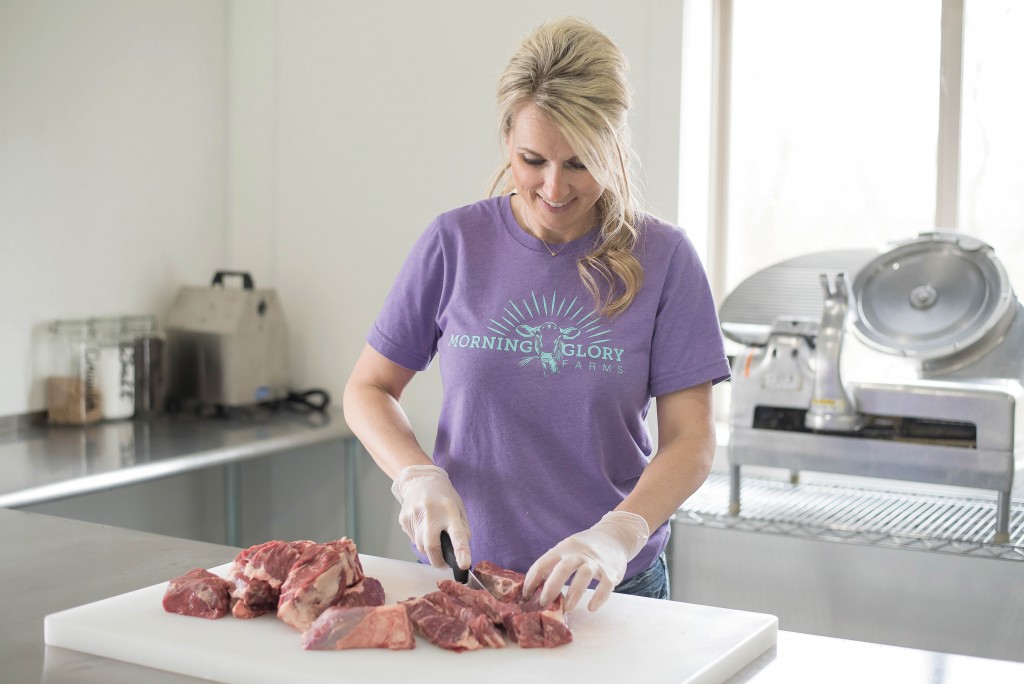 As a registered nurse and lactation consultant, she has a lot of connections to people who spend huge amounts of time considering more holistic solutions to troubles like those facing her son. One friend explained that she saw the boy’s inability to process those foods as the result of a broken gut.

So, they made a plan: “Let’s change the diet and heal the gut,” Weekley says.

Right around that time, her husband Tim lost the employee who had overseen cattle operations on Weekley Farms, Morning Glory Farms’ (fraternal) twin operation. To Weekley, this seemed a divinely inspired turn of events.

She took responsibility for the 100 plus cows on the farm—including their nutrition.

“I know you probably can’t talk about God, but this is how God works in my life,” she says.

Up until that point, the farm freely used antibiotics on the cows and administered steroids for faster growth. They also teetered back and forth between GMO and non-GMO feed; they farmed organically but also conventional. Weekley says that money-wise it made sense to feed conventional feed and confine the animals toward the end of their lives so that they’d only eat corn and gain weight more quickly.

However, this traditional regimen wasn’t great for the cows’ guts, their microbiomes. So, she stopped with the antibiotics, unless a cow was actually ill. Weekly also stopped the practice of confining the cattle at the finish, allowing them to switch to grass as needed, to balance the PH of their guts. 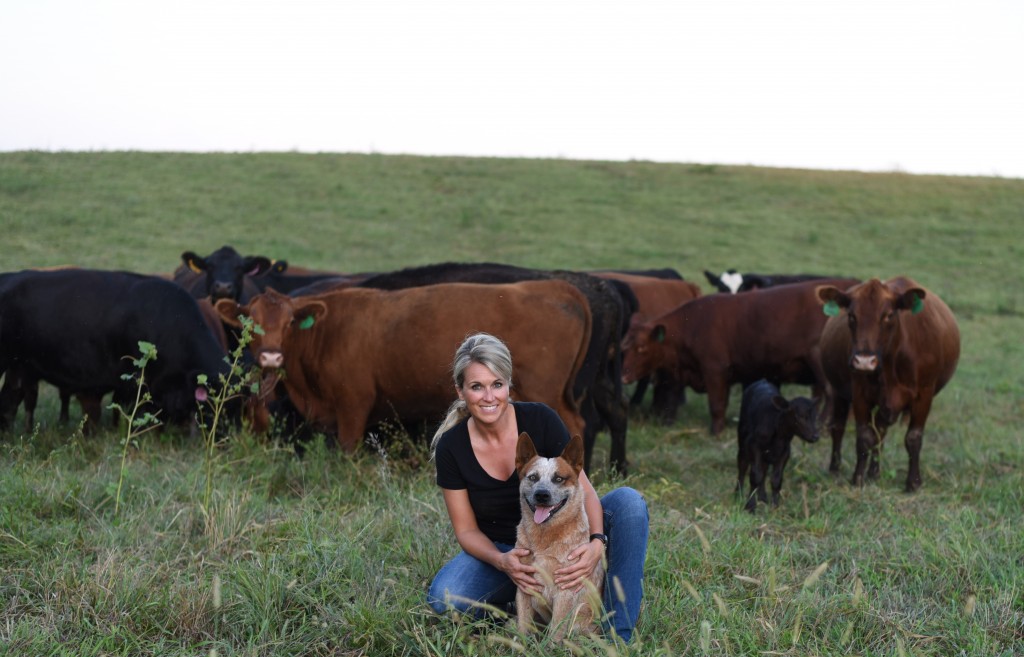 A day at the farm. // Photo by Kendra Dann Photography

“I tried to make sure that what I fed them was something I would want to feed my son with a gut that wasn’t quite healthy,” Weekley says.

She began making bone broth for her family, an attempt to use what she had right in front of her to heal her son. Weekley slow simmers bones and joints for 24 to 48 hours, adding in thyme, parsley, and garlic for their anti-inflammatory qualities. The resultant broth is rich in amino acids, minerals, and vitamins, and helps with the overall absorption of nutrients into the system.

This plan worked well, and after a while, her son was able to process gluten again. He’s back on milk, too, albeit a different kind. “He can only handle A2 protein milk. We just have a much healthier kid,” she says.

Healing and educating with food is a large part of Weekley’s personal and professional mission and helped her diversify when the need arose. And it did.

During the Great Meat Panic of 2020, Weekley explains, “Consumers’ mindsets changed, and they wanted to accumulate as much food as possible in case they ran out. They started contacting farmers and saying they wanted to buy half a beef.”

“The wall that we hit was that these processors were inundated with all of this new business, and I couldn’t get appointments for my cattle to be slaughtered. So, I had no choice. Either I slaughter them early, or I slaughter them way late when they’re old—I hate to use the word slaughter… harvest is better—when they’re way overweight and then they’re too fat,” she says. 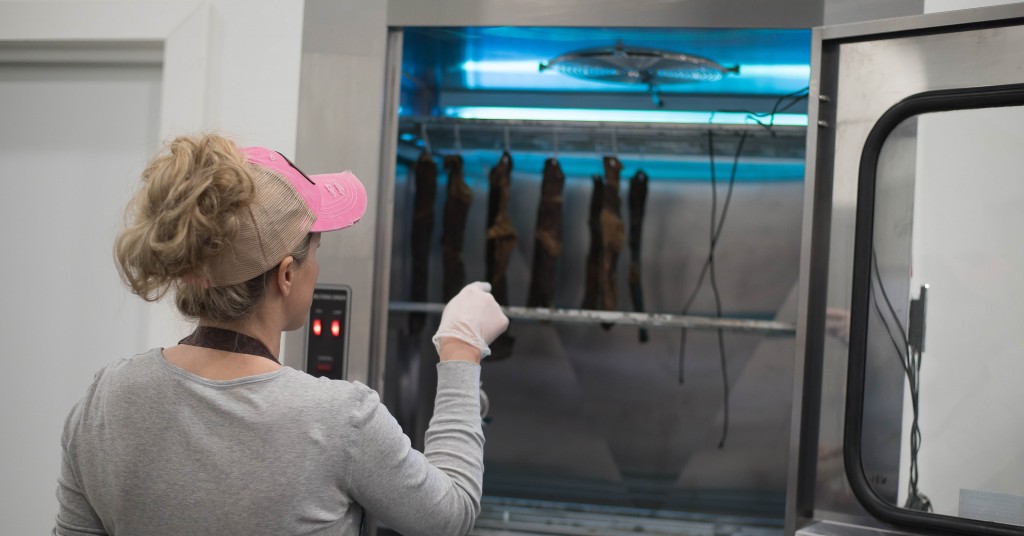 Family friend and entrepreneur Al Hatfield, who’s rich in ideas, had an idea for Weekley. Hatfield lives in Florida but owns several farms and two Bed and Breakfasts in Missouri, horses in Florida and Minnesota, and the Pedal Pub franchise, among other things.

He reports that he told Weekley: “You’ve got the beef, and they’re treated very well, and you have a great reputation in the beef business, it would be natural for you to go into this South African product, because there’s very little of it in the United States, very few producers, whereas there are tons of people producing beef jerky.”

The two conducted an informal taste test with Hatfield’s favorite beef jerky, a product out of South Dakota. Once all of their tasters concurred that it had a highly desirable jerky flavor, they set out to replicate the seasoning in the better-for-you biltong.

“That will allow people to transition more easily into it from beef jerky, which they’re buying presently and tends to be much thicker than biltong,” Hatfield, who acts as Weekley’s business consultant, says.

Weekley says that as of this printing her product should be available in some stores around Kansas City and through Barn2Door; she just cleared the state inspection hurdles in mid-April.

As the product hopefully grows in popularity, she plans to use it as a tool to educate her customers about good nutrition and maybe heal some more broken guts out there.

“It’s such hard work. You have to get the right cut of meat, you have to marinade it, then you have to hang it. You have to wait five days,” Weekley explains. “There’s an art to it, but it’s such a wonderful tasting product. It’s amazing.”

Policies change, but sexism continues to burn through the brewing industry

Drink this Now: the daiquiri at Tiki Huna

Eat This Now: Anything from Betty Rae's