What will downtown Denny’s become? Mayor Q and Patrick Mahomes debate via Twitter 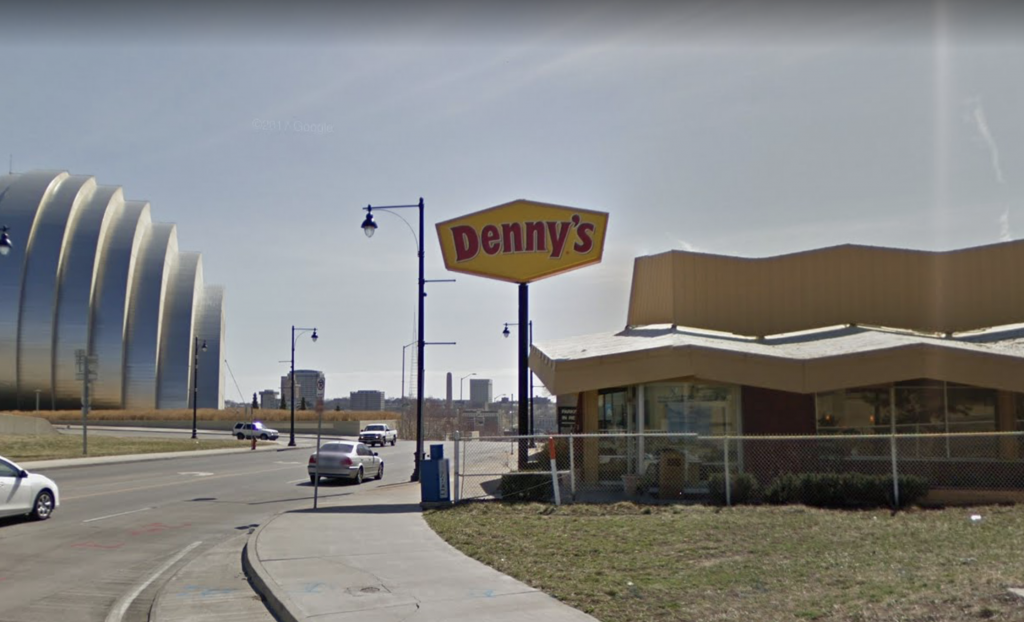 In response to 4 Hands Brewing Co. brand ambassador, Jeremy Danner’s Tweet calling attention to the fact that none of the Whataburgers coming to the area will be in the metro, Mayor Quinton Lucas did some brainstorming. Lucas jokingly proposed a plan for the Denny’s at 1600 Broadway while the lot is in development—and got a lot of input from locals.

One of the commenters was Chiefs’ quarterback, Patrick Mahomes, who assured concerned Kansas Citians that more Whataburger locations are in the works.

Mahomes is credited for Whataburger coming to the area in the first place, so he knows what he’s talking about.

While developer Copaken Brooks is still working out the details, the plans for Denny’s lot do not currently include a Whataburger.

According to the Kansas City Business Journal, The University of Missouri-Kansas City received the city block as an anonymous donation for their downtown Conservatory Project. The donated block sits on Broadway and Central and 17th and 18th streets, immediately south of the Kaufmann Center.

The Denny’s lot sits between 16th and 17th streets, and UMKC’s announcement of a new $90 million  Conservatory of Music and Dance could influence Copaken Brook’s development decisions.

Jon Copaken, a principal with Copaken Brooks, told the Kansas City Business Journal that they are marketing the area to potential buyers and that he is excited for how the conservatory will impact downtown and the Crossroads area.

“That, as far as I’m concerned, is the biggest thing going that can really help shape what’s going on Downtown,” says Copaken. “That’s 800 to 1,000 young people for the next hundred years—a constant recycling of 18- to 22-year-olds. So that’s a big deal.”

Read more about Copaken’s thoughts on the lot in light of the conservatory project here.