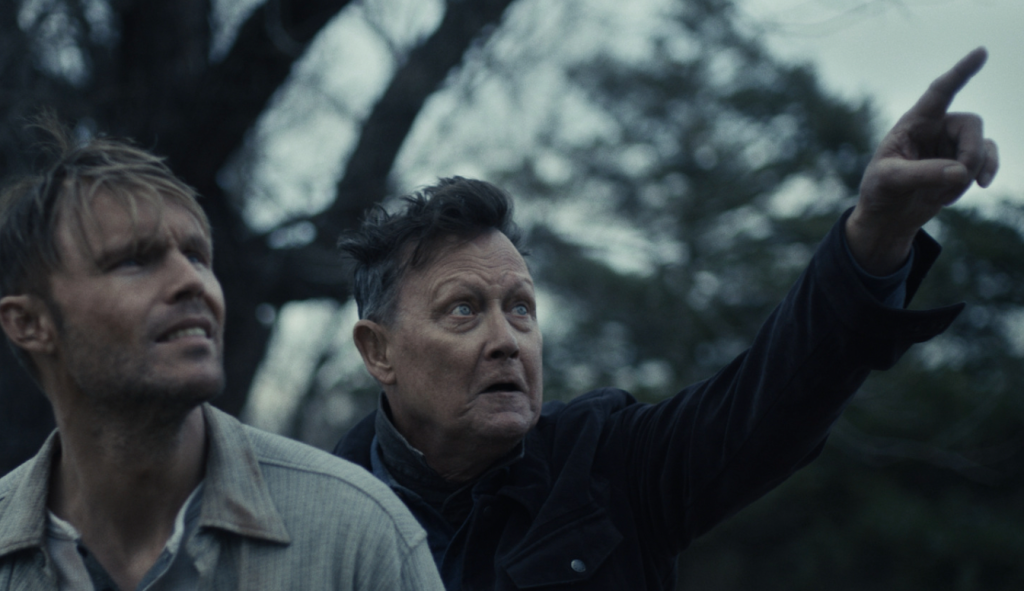 This year has been a veritable buffet of Texas-set cinema: Ti West’s throwback slasher X (and the upcoming prequel, Pearl), BJ Novak’s Vengeance, and now, the Shudder original What Josiah Saw, directed by Vincent Grashaw and written by Robert Alan Dilts.

What Josiah Saw is a fascinating tale of family trauma and faith amidst a small town’s slow, inevitable death.

The film follows the Graham family—father Josiah (Robert Patrick), twins Eli (Nick Stahl) and Mary (Kelli Garner), and younger brother Tommy (Scott Haze). Mother Miriam has haunted the family since she hung herself on the property over 20 years prior, but whether that haunting is literal or metaphorical is kept ambiguous through most of the film’s two-hour runtime.

The film is broken up into helpful chapters, one for each of the siblings. In “The Ghost of Willow Road,” we’re introduced to Tommy. He’s a bit dimwitted and still lives in the dusty family home with Josiah. They pass the time downing hooch, listening to records, and occasionally trying to fix their tractor, until one night, Josiah receives a vision:

Walk the path of righteousness, convince Eli and Mary to come home and do the same, and you can save Miriam.

The film’s second chapter, “Eli and the Gypsies,” illustrates Eli’s many legal troubles as he heads on a mission with the local no-goodniks to steal Romani gold from a band of traveling carnival workers. “Mary May I,” the third chapter, introduces Mary and her husband Ross (Tony Hale) as they handle an uncertain adoption process. Mary’s mental health is called into question, as is her motivation for undergoing tubal ligation surgery twenty years ago.

These threads are all woven together with the help of Devlin Oil, a company that seeks to complete its buyout of the town by purchasing the Graham homestead, but require the family’s approval to do so. At the film’s conclusion, when the siblings return home and their secrets burst forth, we finally learn what unspeakable things have damned this family. 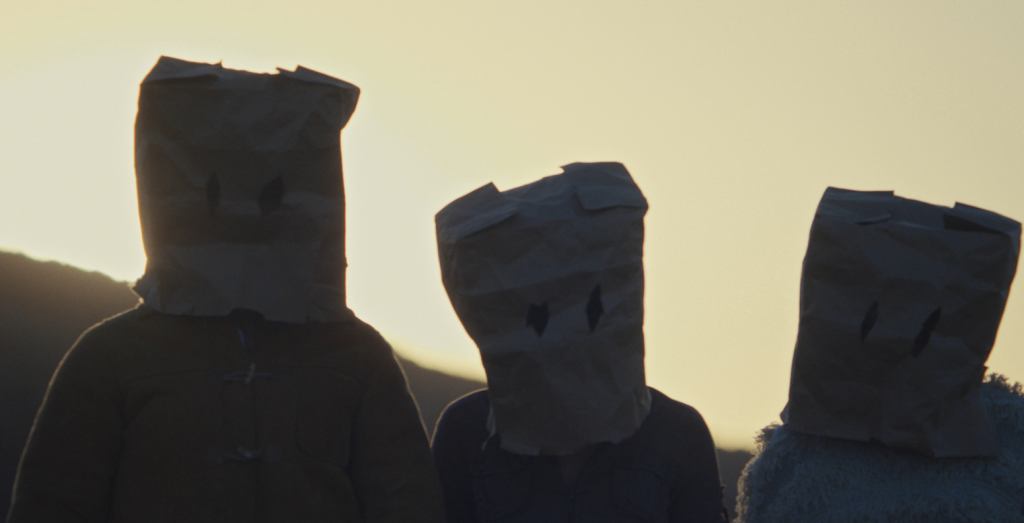 The film’s greatest strength is indisputably its cast. Robert Patrick was built for the rural, religious patriarch role, and viewers who only know Tony Hale as the helpless but lovable Buster Bluth will be surprised and impressed by his dramatic turn as Ross. Nick Stahl is the standout here, perfectly exuding a sense of middle-aged resignation to hopelessness and recidivism. As the film reminds us, “A crossed line is awfully hard to step back over.”

The immersive set pieces further draw viewers into the film’s story. From a carnival and a ransacked airstream to a dusty farmhouse and an abandoned Main Street, the small town atmosphere is almost claustrophobic. For Tommy and Eli, it is clear the decision to return (or stay) close to home has been easy, but we can feel the weight that bears down on Mary when she finally pulls onto the lawn in her Range Rover. While there are never any outright startling moments, there don’t need to be. The true horror lies in the mundane and forgotten, in the quiet.

What Josiah Saw is available to stream on Shudder. 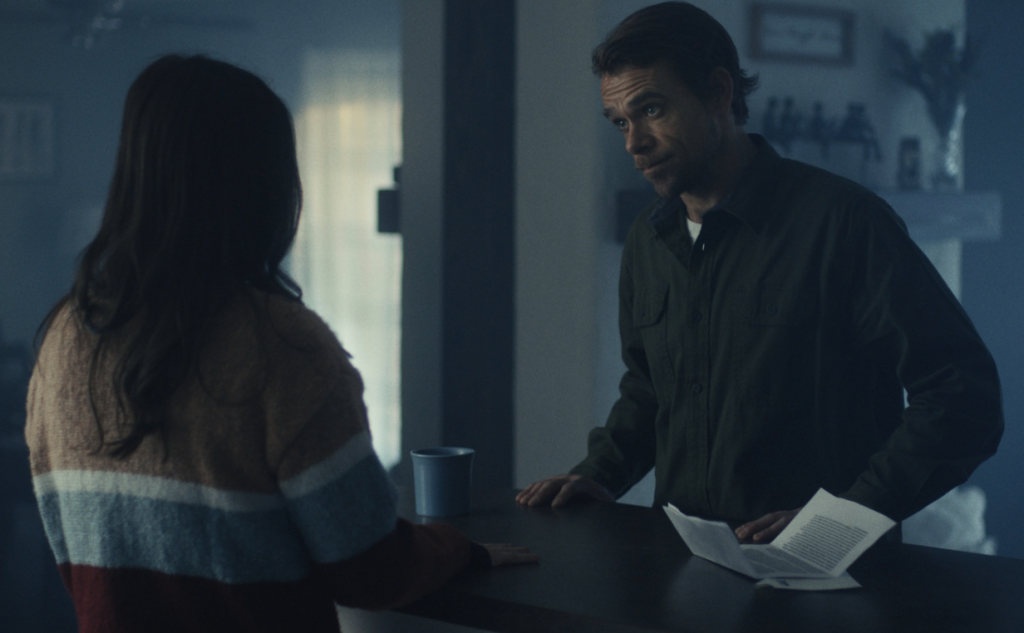