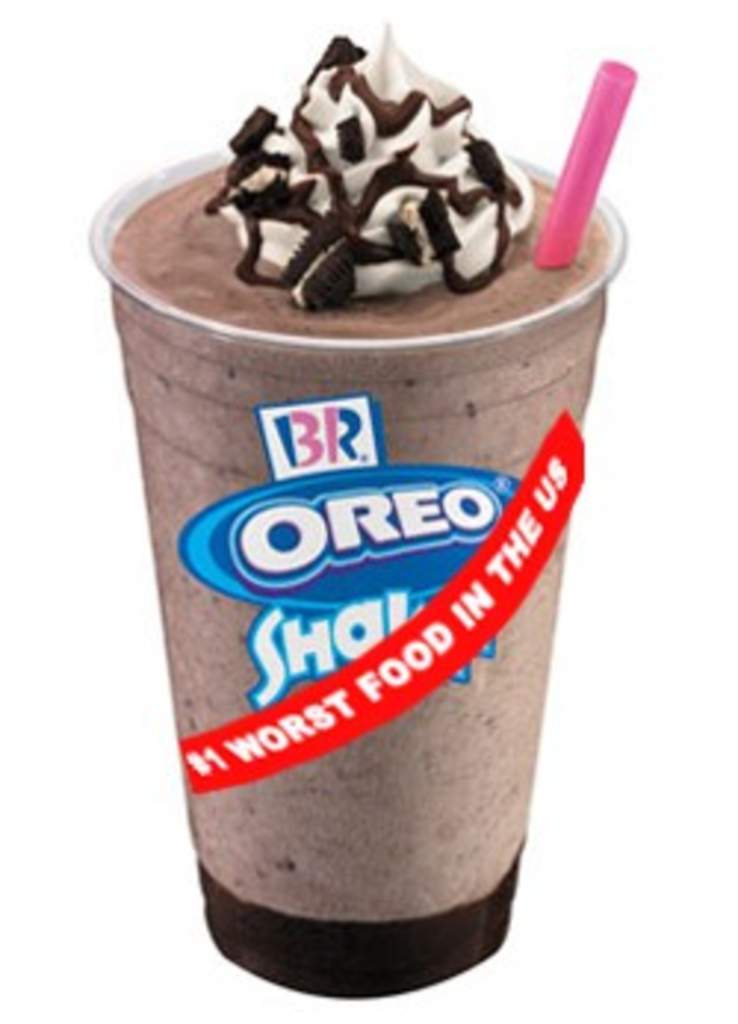 The answer is a large Baskin Robbins’ chocolate Oreo Shake.

Once, I tried to eat an entire 2,400 calorie Baskin Robbins Heath Shake, believing it to be the worst thing on Baskin-Robbins menu. Although I only finished three-fourths of it (my estimate was 1,800 to 2,000 calories), it resulted in multiple brain freezes, stomach cramps and avoidance of Baskin Robbins ever since. Now I find my effort was for naught, because the Baskin Robbins chocolate Oreo Shake comes in at 2,600 calories and, according to Men’s Health (not to be confused with Men’s Fitness), is the number one worst food in America for 2009.

Baskin Robbins has plenty of company. P.F Changs, Hardee’s, Blimpies, Quizno’s and Uno’s Pizzeria all have one or multiple offending dishes that promise to clog your arteries and your waistline. Some of the contenders include Uno’s grilled pizza skins, which have 155 grams of fat per serving (though only 50 saturated) and come in at 2,400 calories.

Lest you think this list is just about foods to avoid, there’s also a list of the 125 healthiest foods to buy at a grocery store.