Wet your whistle while you work 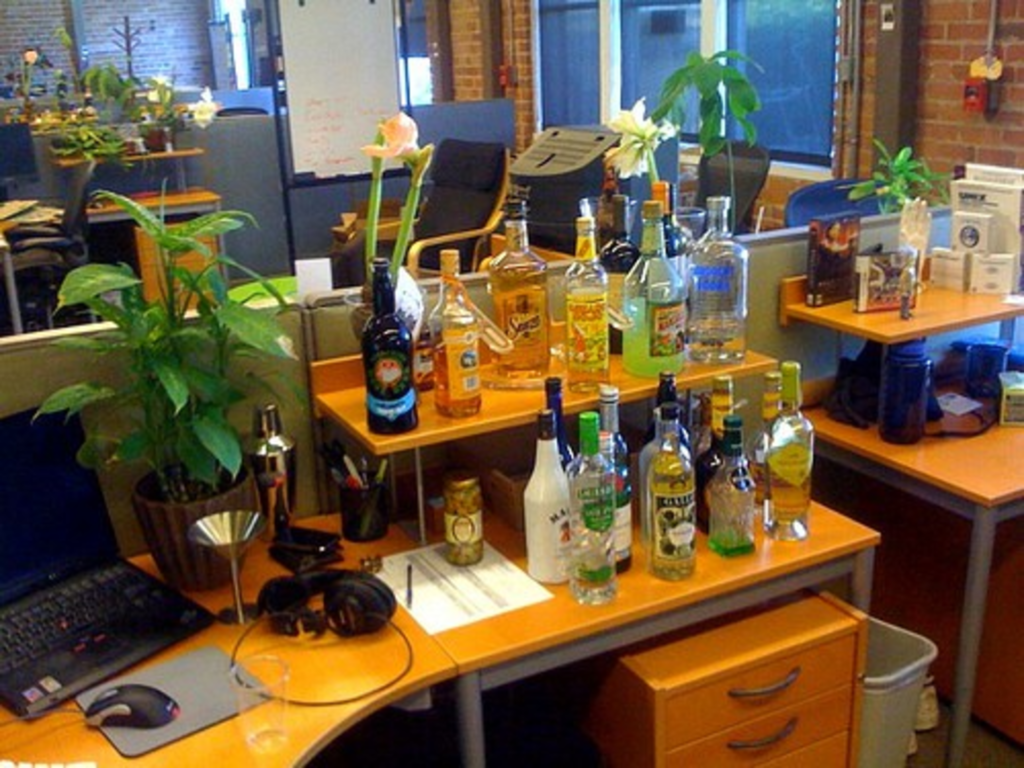 A coworker passed this link around the office yesterday with the title of “duh.” I wasn’t aware that media people were the heaviest group of working drinkers. But oh yes we are — at least our British counterparts are. According to The Guardian, people who work in British media put back more than four bottles of wine per week.

Media workers are the biggest consumers of wine, drinking on average

one and a half bottles a week. They are also the biggest drinkers of

heaviest drinking professionals — IT workers, who are closely followed

by service-sector workers at 33 units, and people in finance, insurance

and real estate at 29 units.

That number is likely lower in America simply because, as ex Brit-pat Toby Jones put it in his book How to Lose Friends and Alienate People, we’re not into as deeply into the pub culture on this side of Atlantic. Plus, it’s tough to blog with a hangover.

So not to burst your bubble that every day in this job is a booze-filled romp. But when I worked in advertising, that culture was much heavier in alcohol consumption. Also, friends in finance have been drinking more since this economic mess began, especially ones who were laid off. Then again, I asked a friend who works for a downtown accounting firm if he was drinking more and he said it’s the opposite — he’s been too busy to go out since he’s doing the work of three people.