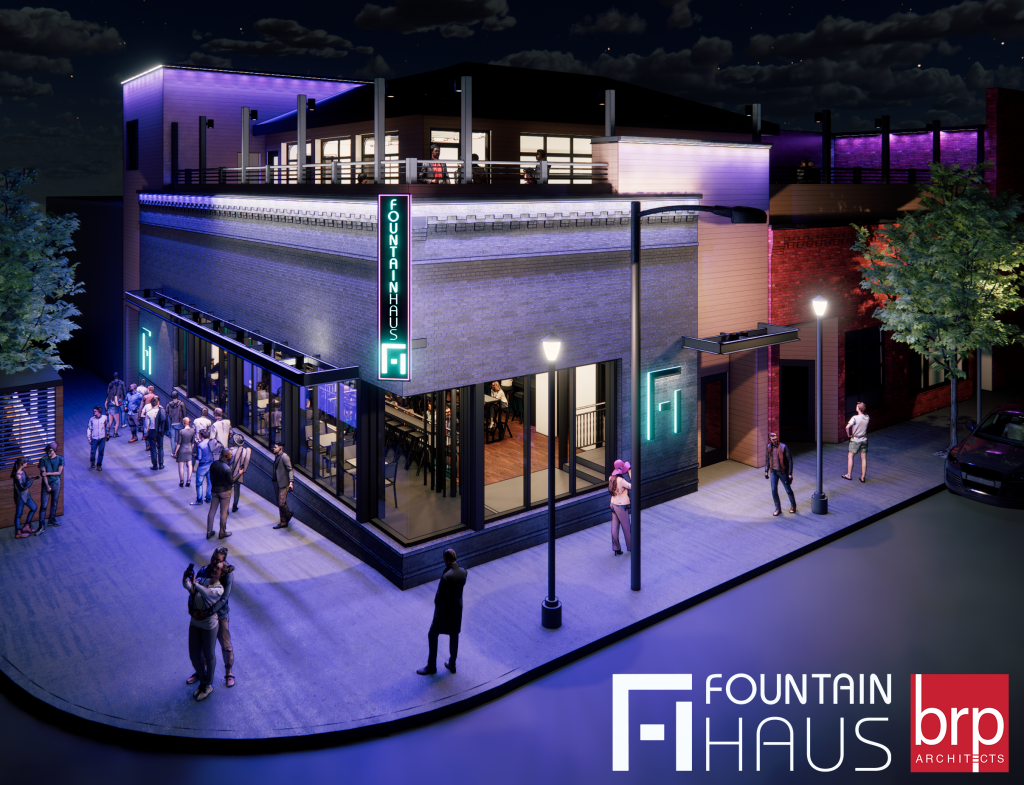 After sitting vacant for nearly 15 months, there are now signs of life at the shuttered HopCat in Westport. Earlier this week it was announced Fountain Haus would be setting up shop at the mammoth venue located on the corner of Broadway and Westport Road.

Slated to partially open in early 2022, Fountain Haus promises to be the metro’s newest destination for the LGBTQ community and its allies, adding to a burgeoning roster of landmark queer bars in the Midwest.

The owners promise an ever-evolving, hype-worthy mix of entertainment and programming—from drag shows and DJs, to theme nights and Tinseltown talent. Think of it as the ultimate one-stop bar-hopping experience where you can start with happy hour, catch a show, and grab some late-night nosh, before hitting the dance floor until closing time.

With an eclectic mix of well-known investors, Fountain Haus’s main goal is to be a welcoming, all-inclusive stomping ground. Meiners mentions it’s also gearing up to become a new lesbian-centric hotspot with a smattering of mixers and meet-and-greets—a welcome addition after the popular lesbian bar Tootsie’s closed more than a decade ago. “It’s an anything-can-happen space,” adds Overberg.

The owners say the name came from the iconic ’80s underground ballroom scene on the coasts.

“It’s your space, your safe house,” says Overberg. “Where your mother, house brothers and sisters, and your chosen family can come together. We welcome everyone in it.”

Overberg says he’s eager to try out nearly any sort of theme night. “If you give us a good idea, it will probably pop up,” he says. “Remember the saying, ‘If you build it, they will come?’ Well, if you host it, they will show up.”

Given Kansas City’s huge theater presence, a Broadway/showtunes evening is a given, as is brunch on the wraparound outdoor patio. “People know Sidetracks in Chicago with their Musical Mondays. Why can’t we do something like that?” asks Overberg. “Just wait.”

Overberg says entertainment will be at the forefront of the Fountain Haus experience. And with four different venue spaces, visitors can expect multiple show experiences on any given weekend night.

A recent transplant, Overberg came from Therapy Lounge in New York City, which he affectionately says was “known as the Drag Race factory. Nearly 20 queens landed on RuPaul’s Drag Race, and they’ll be able to come here and entertain.” 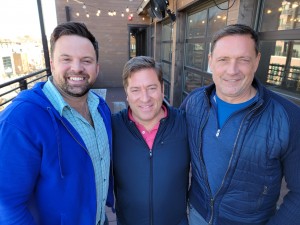 L to R: Overberg, Brinkerhoff and Meiners on the patio. // Photo by Michael Mackie

Brinkerhoff touts how each space is designed to be changed, updated, or swapped out at a moment’s notice. Whether it’s 600 beach balls on the patio or 600 disco balls on the dance floor, don’t expect to see the same thing for very long.

Other than the overarching water theme, Fountain Haus’s design promises to ebb and flow. The four spaces include:

The Cube: an expansive dance club with its own upstairs bar that overlooks the dance floor. Want to see and be seen? This is your arena.

The Pump Room: the main lounge and dining area complete with a tasty menu of food and drinks—including vegan fare, gluten-free eats, and mocktails. 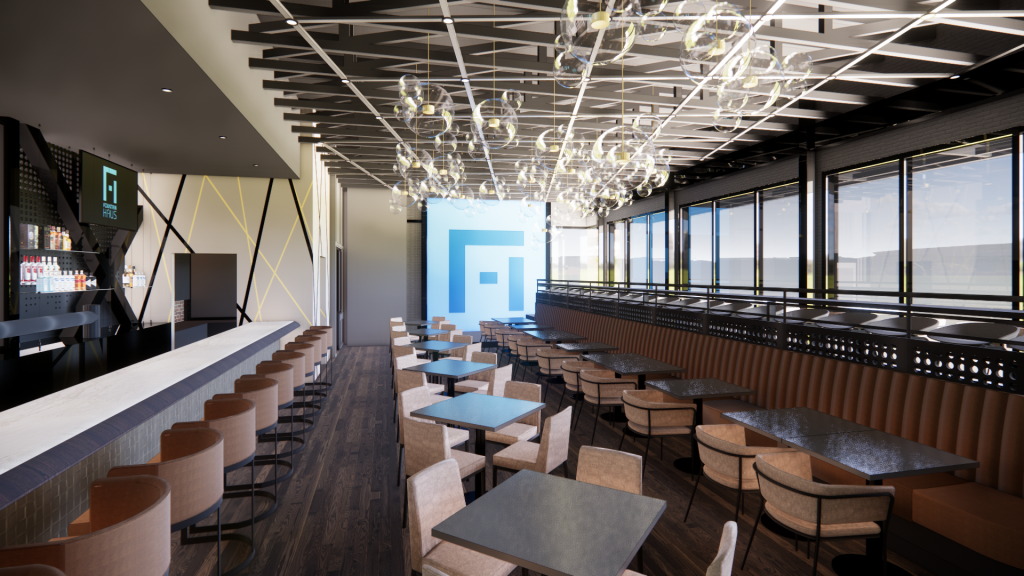 The Pump Room at Fountain Haus.

The Siren: a reservations-only speakeasy with inspired cocktails, nosh, and nibbles. Plan on dim, sultry lighting.

Pool Deck: No, there’s not an actual pool, but this rooftop setting has some beachy vibes and a poolside deck that overlooks Westport.

“It’s going to be an amazing indoor/outdoor experience,” says Overberg, who promises the spacious patio will be the quintessential hangout spot as soon as weather permits. There’s room for dueling stages that DJs or small bands can command. “And it’s going to be perfect for St. Paddy’s Day or Pride,” says Overberg. “Or any other big get-together.”

The Pump Room and Cube are slated to open in January with a 1:30 a.m. closing time.

Fountain Haus’s grand opening is slated for Tuesday, April 12—not coincidentally, Fountain Day in the metro.