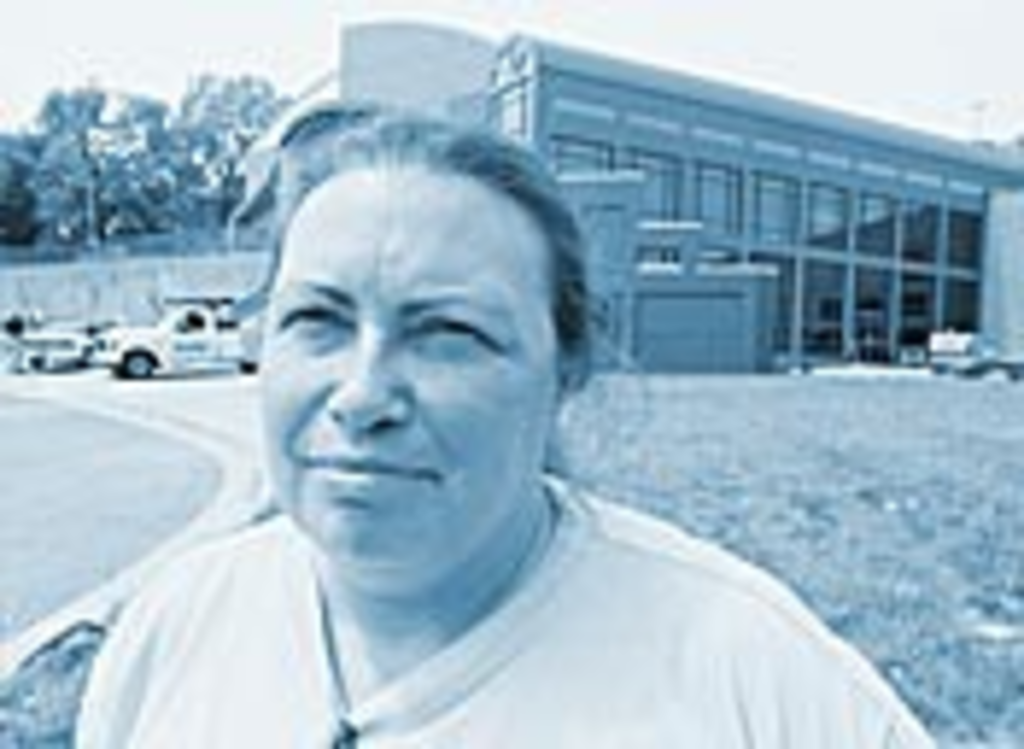 Linda Callon walks from house to house in Kansas City’s West Side neighborhood, attaching Community Action Network Center newsletters to fences, front doors, and mailboxes. She works for the West Side community policing organization and sees the neighborhood as a dynamic, growing community with a great deal of promise.

But she’s disappointed by what looks like an empty promise city leaders made to her neighborhood: the much-touted Tony Aguirre Community Center at West Pennway and Summit. One of the first of five new community centers the city began planning in the early 1990s (the others were Gregg, Hillcrest, Brush Creek, and Line Creek), it is the last to be completed — a full year and a half after the others.

“This is not what the community was promised,” Callon says of the center. “In fact, it is far less. This has been one of those Murphy’s Law projects — everything that could go wrong did, and everyone has some blame. Right now, people I talk to in the neighborhood are clenching their teeth and just want the goddamn thing open.”

The facility certainly looks ready to open. But even though it was dedicated on July 18, the $4.3 million center remains unfinished — nearly three years after construction started. It’s 18 months behind schedule and won’t be accessible until late August to a neighborhood already long neglected by the city and its parks department.

The center was behind schedule even before a shovel cut ground. It took the parks department more than a year to acquire land from the U.S. Department of Housing and Urban Development before it could begin site and architectural planning; delays in securing a city building permit also set the project back.

When construction began in 1997, it was supposed to take 18 months. But the site is on a steep hill and demanded more excavation and rock removal than engineers had expected. Bad weather added three months to construction the first year; surface-water drainage problems also held up the process. Then, in 1998, project architect Bruce Patty of Patty Archer Architects and Engineers died of cancer. Parks department architects and designers had problems translating Patty’s unfinished sketches and design drawings into blueprints.

More recently, the connecting area between the gym and pool had to be redesigned. It had been left open to the elements. Workers had to remove rust and corrosion before they could finish the center’s interior.

And in hundreds of hours of community input and architectural design, no one had noticed that the plans lacked an office for the center director and administrative staff, so the parks department recently redesigned the reception area.

Then, excess humidity in the gym forced workers to bring in expensive dehumidifiers before they could lay the hardwood floor. The wood is now in place, but sanding and finishing may take another month.

Parks department Deputy Director Mark McHenry says the contractor, Vina Construction, exacerbated the delays. “Vina has not had a lot of experience in a job of this nature,” he says.

Even though the contractor may share some blame, Callon says, “the lion’s share of problems rest with the parks department. It was their engineers, their architects, their construction people. The buck stops with them, regardless.”

The parks department’s oversight of the project has been lax during much of the construction, sources say. Change orders and redesigns frequently took months for parks approval, and McHenry admits that he only recently began supervising the project. Since that time, delays caused by the parks department have decreased.

However, cost overruns have shrunk the center. “At first, they said they were going to take the pool out,” says Cris Medina, executive director of Guadalupe Center Inc., a West Side social service agency. “Then they put it back in, but it was smaller. We are also disappointed in the size of the community room and the kitchen area.”

“In the end,” McHenry says, “there were things we wanted to see changed or see done differently. Everyone wants to see this job done, and that’s what we are focused on.”

But that’s little consolation to the people who will use the center. “We got a lot of excuses,” Medina says. “One unexpected thing after another came up. Every time they gave us an excuse, they were taking things out. A boxing club was supposed to be in there, but it was dropped. There is a little-bitty fitness area — it is a waste of space. For as big as it looks from outside, there isn’t much inside. When you see what you got, you’re disappointed.”

Although Medina is happy with the gym’s size and potential, Callon points out that the pool is too small based on the number of kids in neighborhood. The two-lane lap pool will accommodate only four people at a time, and center staff will have to juggle aquatic programs for seniors, swimming lessons for kids, and general fun swim time in the other section of the half-million-dollar pool.

And, Callon says, because city leaders are trying to lure more residents downtown, the center will become even more cramped. “Many of the studies put future downtown housing at 20,000 to 30,000 units. This will be the community center for that area, the Crossroads, and much of midtown. The center will not sustain those households.”

And Raul Marquia, former Guadalupe Center youth services director, says he fears that because of that tight funding, fee-generating programs will become a top priority at the center — at the exclusion of youth activities the West Side desperately needs. “Rec departments nationwide, including Kansas City’s, often go into revenue-generating activities. The center may start with some youth programs, but there will be adult basketball tournaments. Adults can pay — they will rent the gym and pay tournament fees. Trends show that when that happens, the center will go the direction of fee-oriented programming.”

Both Medina and Callon say they can still ask for additions to the center and reconfigurations of some interior space. But, Medina says, “We will be hard-pressed to secure that funding, particularly because it’s tight to begin with.”

McHenry says that with organized programs, the size of the pool and gym should be sufficient.

“But there is so much more we could have achieved,” Medina argues. “Aguirre is a disappointment. I thought we would have a full workout area. But we have just a tiny space at the front door for a few machines. Then there’s no steam room or other workout facilities. The place is just too small.”

The entire project has been “worse than a Mack Sennett comedy,” says Callon, laughing. “Some of us have joked that the site is an old Indian burial ground and the thing is just jinxed. We may have to have a cleansing ceremony, a way to alter the feng shui of the place, to change the luck of the place — when it finally opens.”