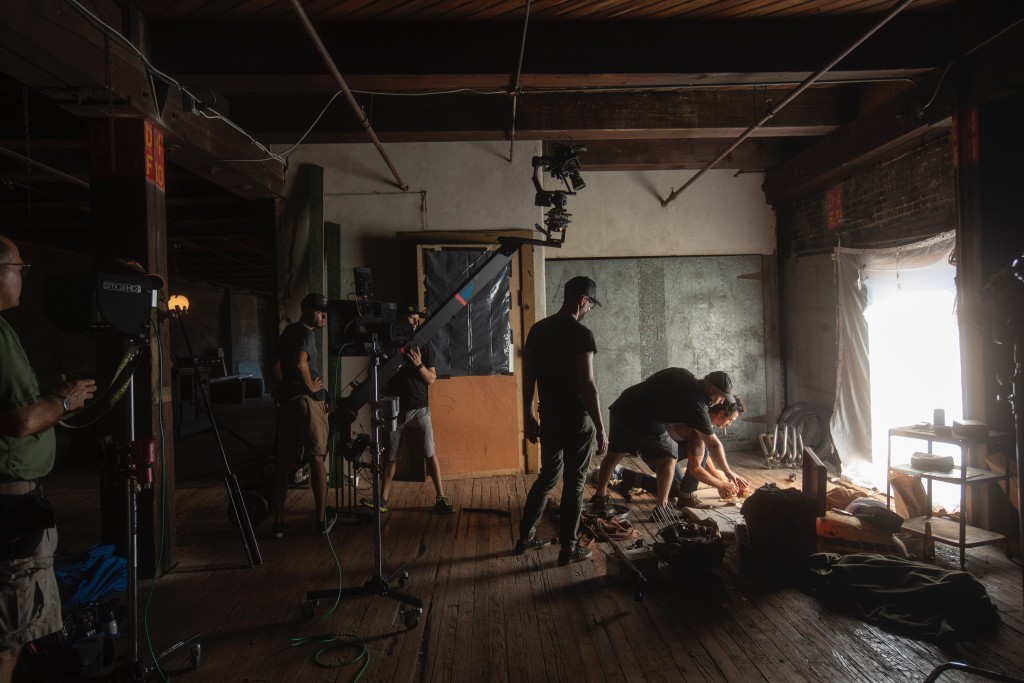 Behind the scenes from “West Bottoms.” // Courtesy of Gregory Sheffer

It can be easy to lose a dream after you think you have moved on, but Greg Sheffer decided that he didn’t have to leave his passions behind as an adult. Sheffer started his career in video production but had hoped he would eventually make a feature-length film. Now he is back in Kansas City starting that dream from step one and helping a city he loves along the way.

“In my career, I’ve done tons of short films and historical documentaries that I tried to make more narrative based and less dry,” says Sheffer. “When I started 20 years ago I was making short narrative films and I stopped to do documentaries but my true love is narrative and fiction. When the story for this film came to me, I really wanted to make it but it was also a question of, can I still do it?”

West Bottoms is a film that focuses on characters but then uses the setting as a character of its own to help create the full feeling for the audience. The film focuses on Larry (Corey Love) who has become estranged from his daughter Jessica (Katherine Rodriguez). As events unfold in their lives they have the opportunity to be brought back together but have to make that choice for themselves.

Sheffer says he chose the West Bottoms as the setting and focus for the film because it mirrored issues that the characters face and how they feel. 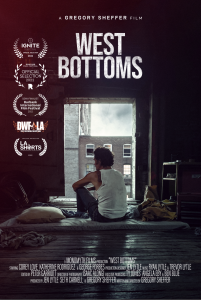 The poster for “West Bottoms.” // Courtesy of Gregory Sheffer

“I love stories of redemption and reconciliation and I love the West Bottoms and its stunning visuals. All of that kind of came together and I like films that have the geography be related to the story,” says Sheffer. “The Bottoms fit our character because they’re kind of one and the same. They’re both down and out, they’re both neglected, and they’re both in need of a change.”

Filming in Kansas City gave Sheffer the opportunity to have freedom in his creation and not have to worry about a lot of red-tape issues that often pop up in hot spots for filming movies and television shows.

It even caused envy in a few friends that he was able to create something unique with minimal supervision.

“With all the L.A. filmmakers, when I talked to them they’re all extremely jealous because we live in a place where this isn’t done very often, so there aren’t very many requirements,” says Sheffer. “Also the West Bottoms is kind of like the wild west. People think it’s creepy and dangerous but when you’re down there at night, nobodies really there.”

Sheffer has now taken the film to a variety of festivals and was nominated for Best Drama at London’s Ignite Festival. He already had ideas of what to do next before the film was finished but now Sheffer is sure that he is ready to step into the ring once again.

“I’ve got big plans, this short film was a step back into the world for me as a filmmaker and to ask myself, can I still do this?” says Sheffer.

“Seeing the film get recognition, it’s kind of that resounding yes that Gregory Sheffer, you need to be doing this.”