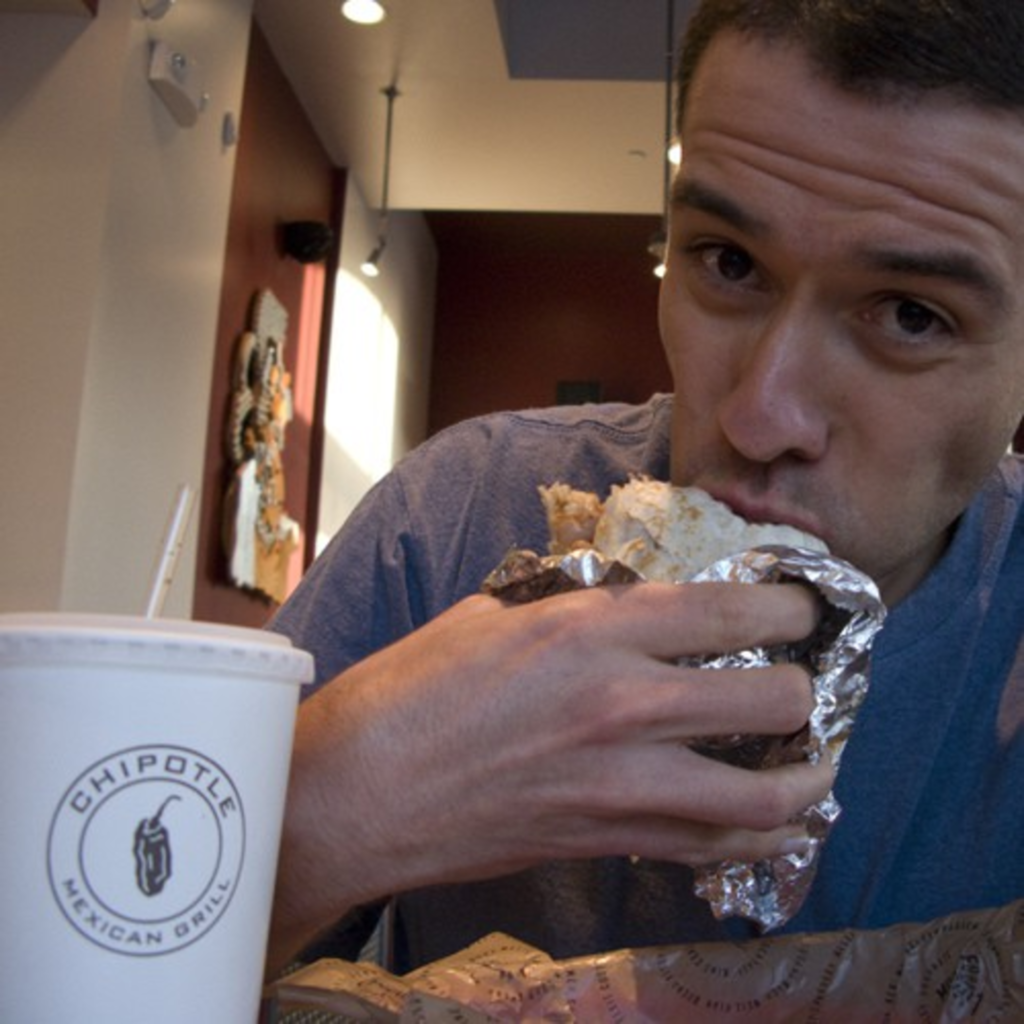 Chipotle has been accorded a special status in the fast-food as a fast-casual chain with a focus on “food with integrity.” The Atlantic recently challenged that status by comparing a pork burrito from the chain with a Big Mac from McDonald’s.

Although the burrito far exceeds the Big Mac in terms of fiber and protein, it contains (assuming you get cheese, salsa and guacamole) comparable amounts of calories, fat and cholesterol. And the burrito has twice your recommended daily intake of sodium, according to information from ChipotleFan and CalorieLab.

The Atlantic piece asserts that the “food movement” has become so caught up in where food comes from that the amount of what we’re eating (and what it is in the first place) may be overlooked:

These foods might be produced in a way that’s better for the environment or (with the exception of foie gras) better for the animal, but that doesn’t mean that, eaten with any sort of regularity, they’re not going to make your next physical a nightmare.

This argument is a bit extreme, but it’s all too easy to regard food that’s preservative-free or raised ethically as healthy. Portion size has to be a factor in our meal choices. It’s great to think about the pork you’re eating. Now we just need to stop trying to eat the whole pig.