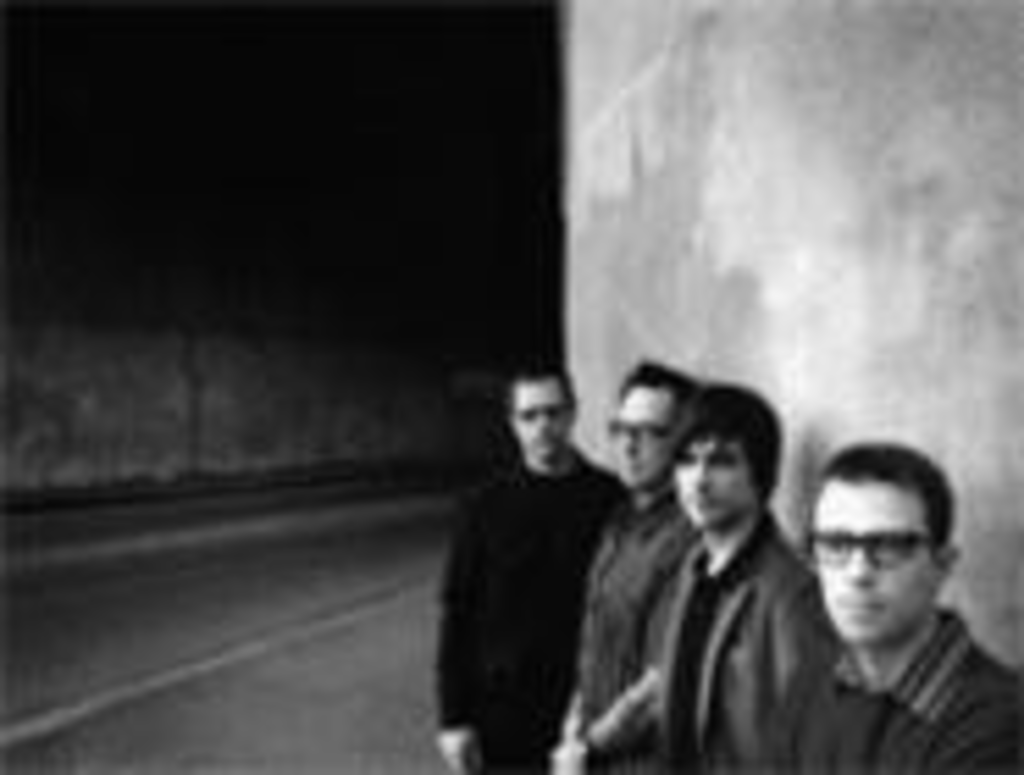 When Weezer came on the scene in 1994, the band was a bromide for teenagers still reeling from the death of Kurt Cobain. Released just over a month after Cobain committed suicide, the Blue Album cooled the fallout from the grunge explosion. With his whimsical yet sincere lyrics, Rivers Cuomo was telling us to slow down, warning us that we were taking ourselves too seriously. The album struck a nerve. Flannel shirts were immediately discarded for cardigan sweaters, and the horn-rimmed-glasses market surged. Weezer encouraged millions of young people to celebrate their woebegoneness, showing them that the view from the outside was actually the best seat in the house. Of course, that sort of thinking is now mainstream, and Tuesday night’s crowd will likely be less moved by a thoughtful ballad such as “Only in Dreams” than by the anthem “We Are All on Drugs.”